Hello, campers, stewards, SIT’s, and families! Coltrane the turtle reporting for duty. You might recognize me from the tank in the activity center; lots of you enjoyed hanging out with me today. 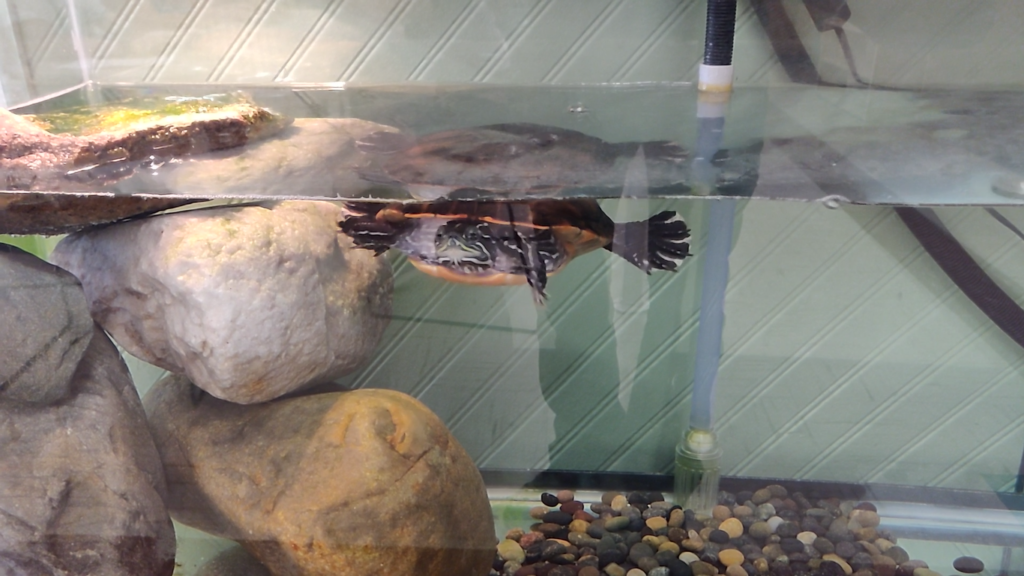 I have a sneaking suspicion that camp has returned. Here’s my evidence:

Also, the day started off with animal chores, and kids doing animal chores is a classic sign that camp is back in session. 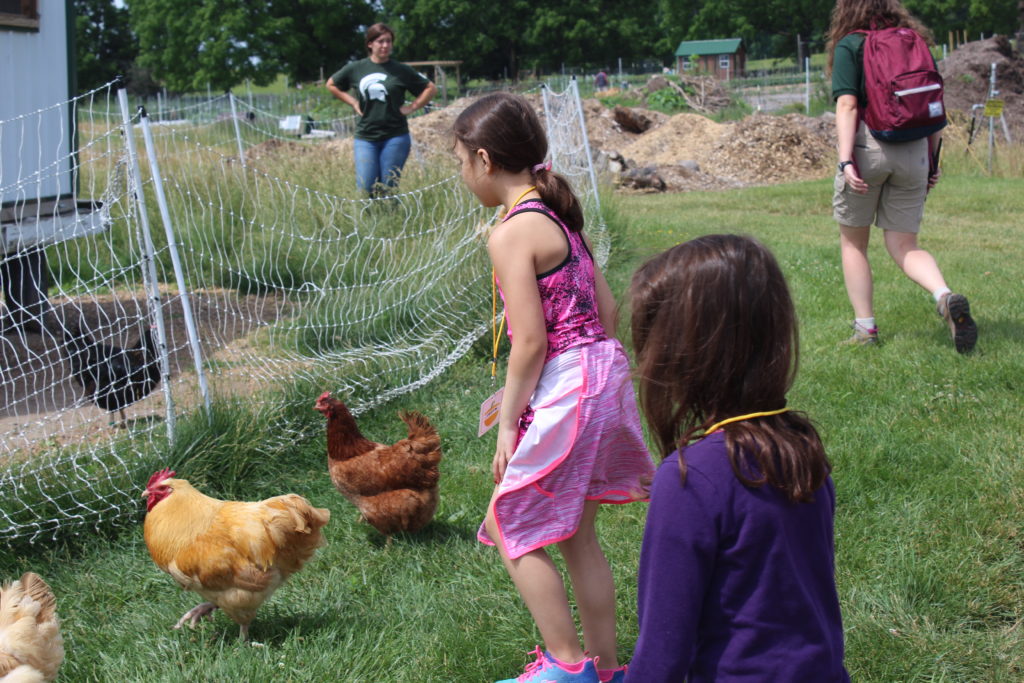 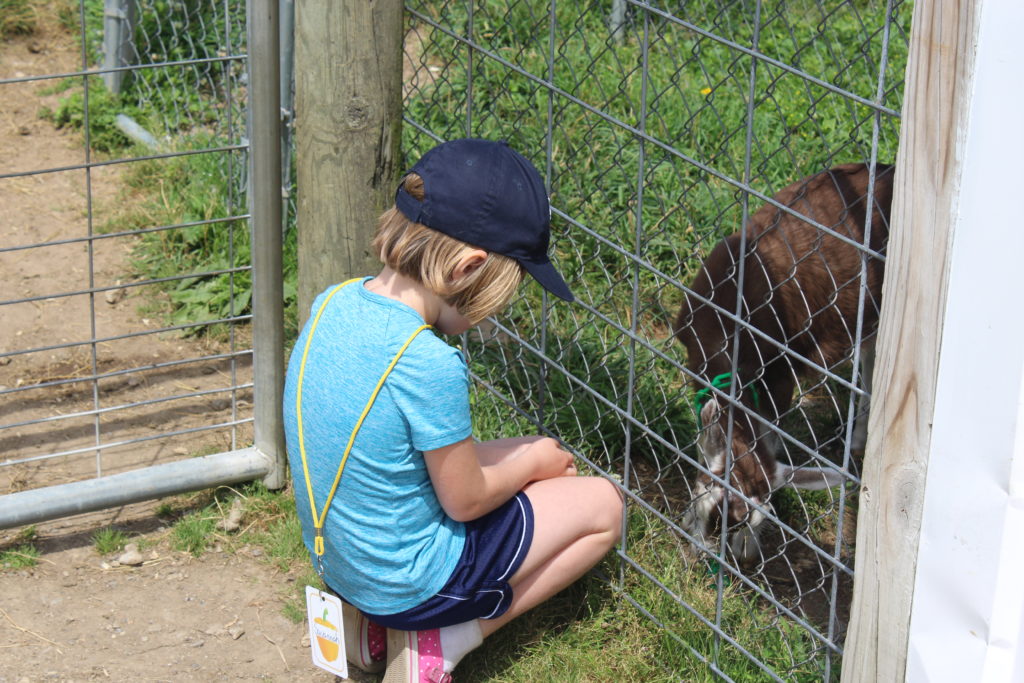 Next, an even more classic sign of camp: tie-dye. Each group had their own shirts to tie-dye. 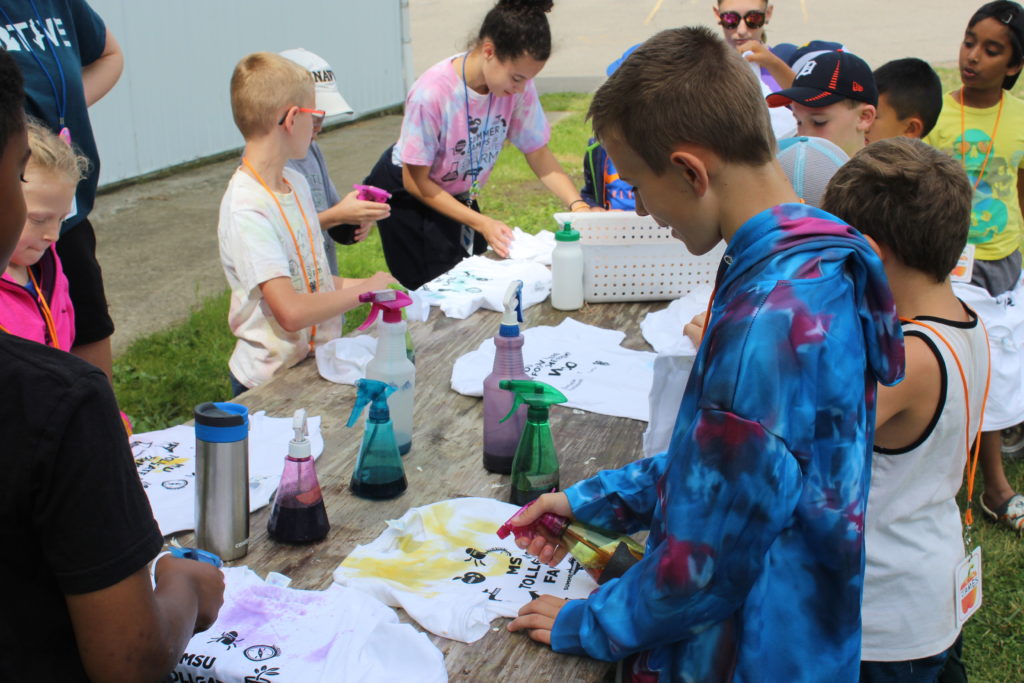 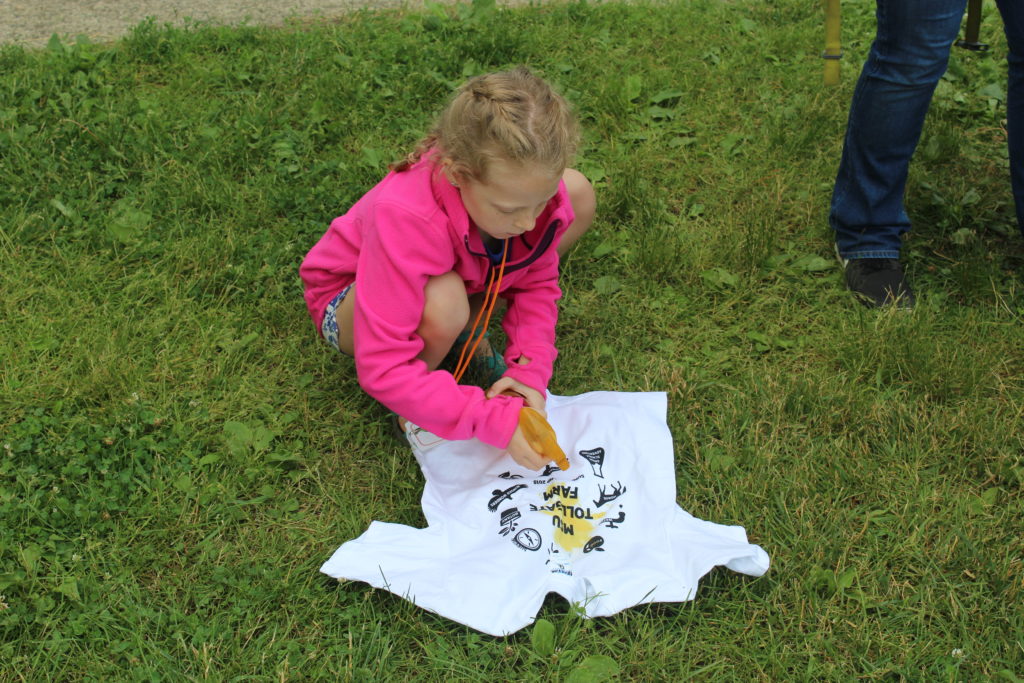 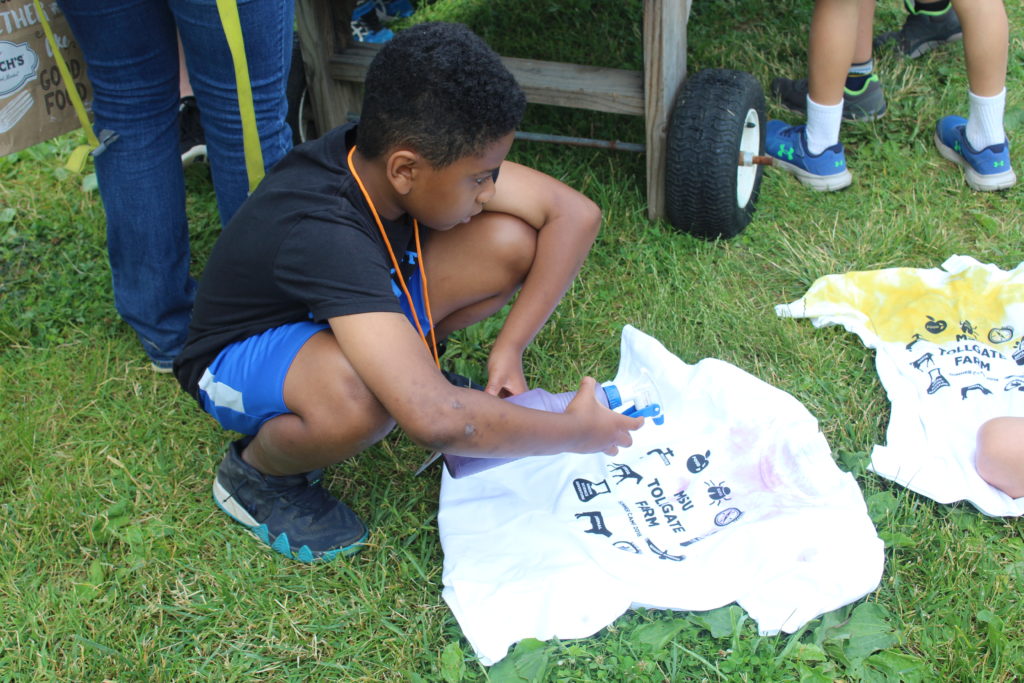 Tie-dye for the win

This is where it gets interesting. The groups seemed to make some sort of “track trap” that wouldn’t trap an animal, but would lure it in to step on the ink pad and paper. From what I can gather, the campers want to analyze the tracks. 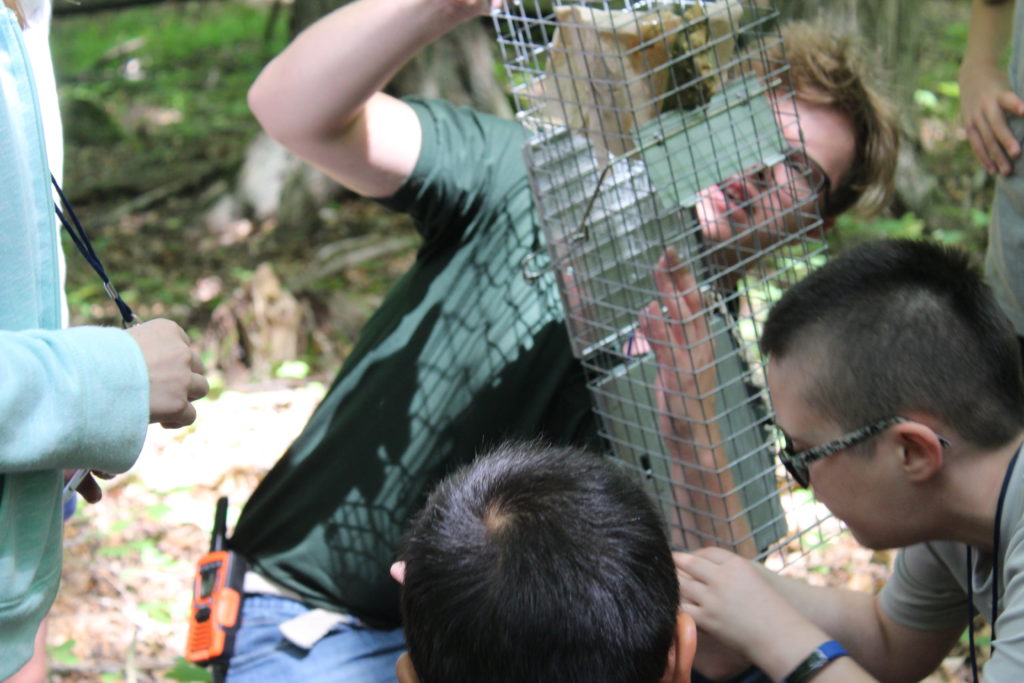 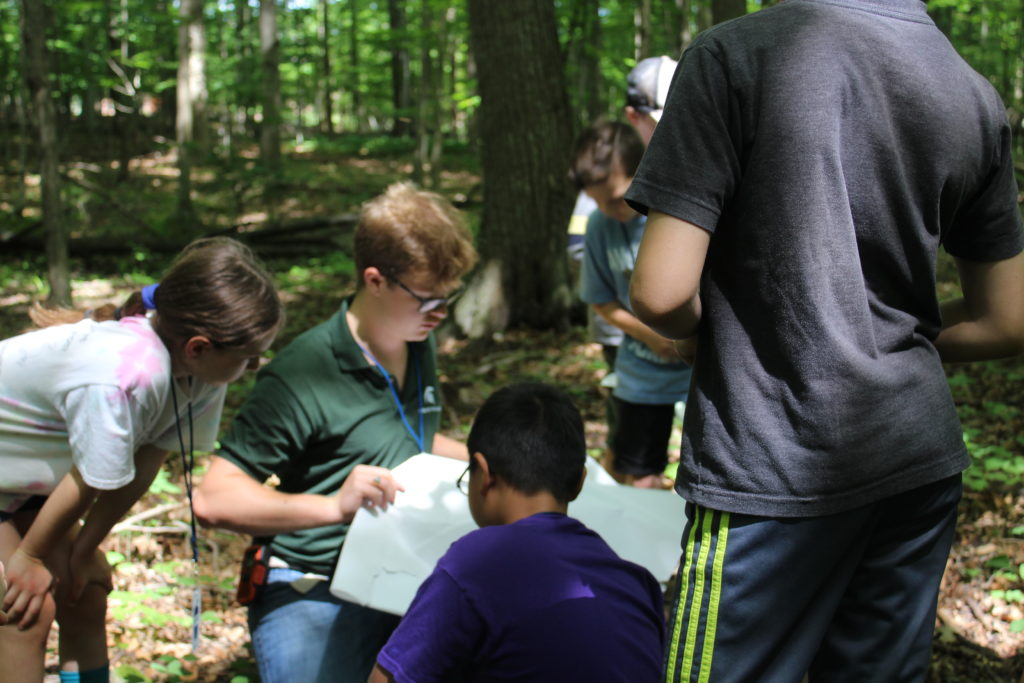 It was placed in the woods! 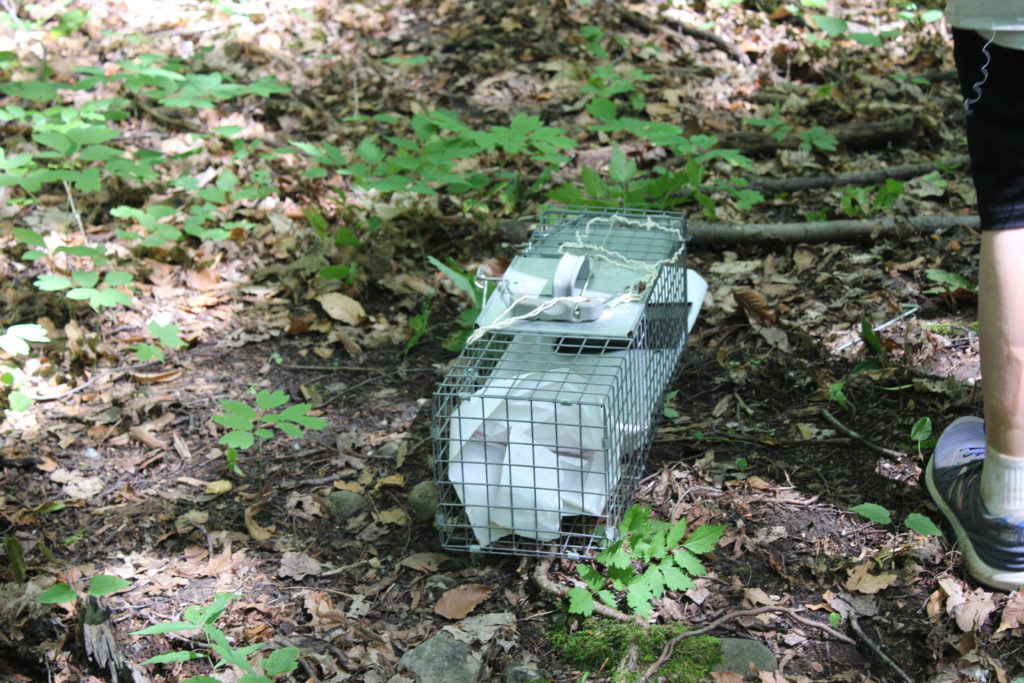 I believe that they’re not going to trap any animals, but I think I’ll avoid the trap just the same. The campers also had some garden time, where I heard they spotted onions, lettuce, and strawberries! 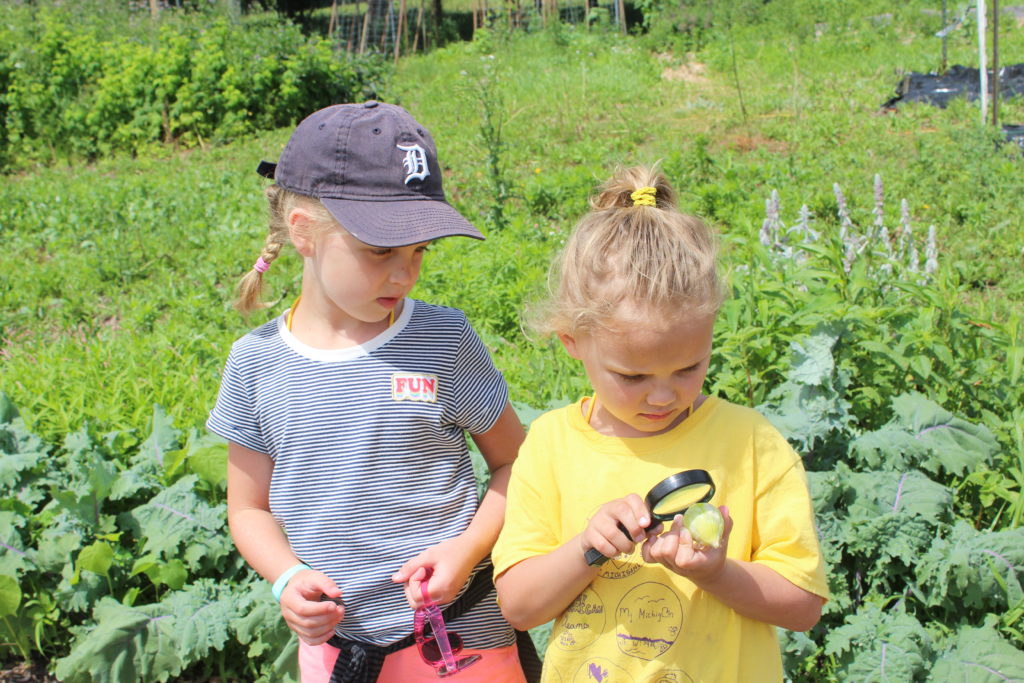 So all in all, it was a pretty busy morning. And things did not slow down in the afternoon. Everyone practiced fishing (rumor is, real fishing is later in the week). 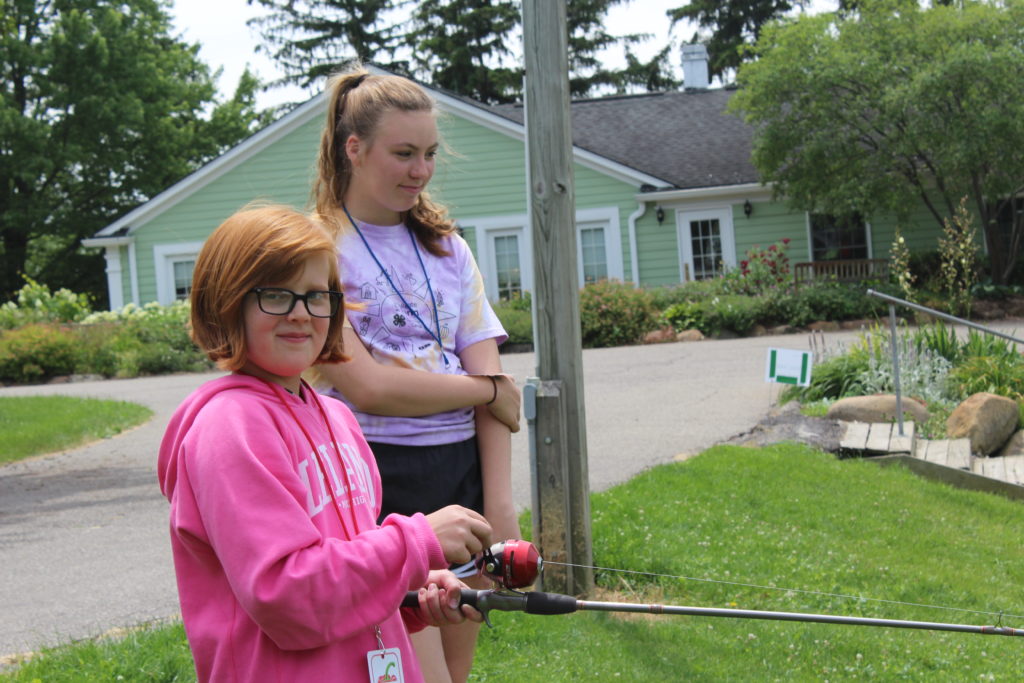 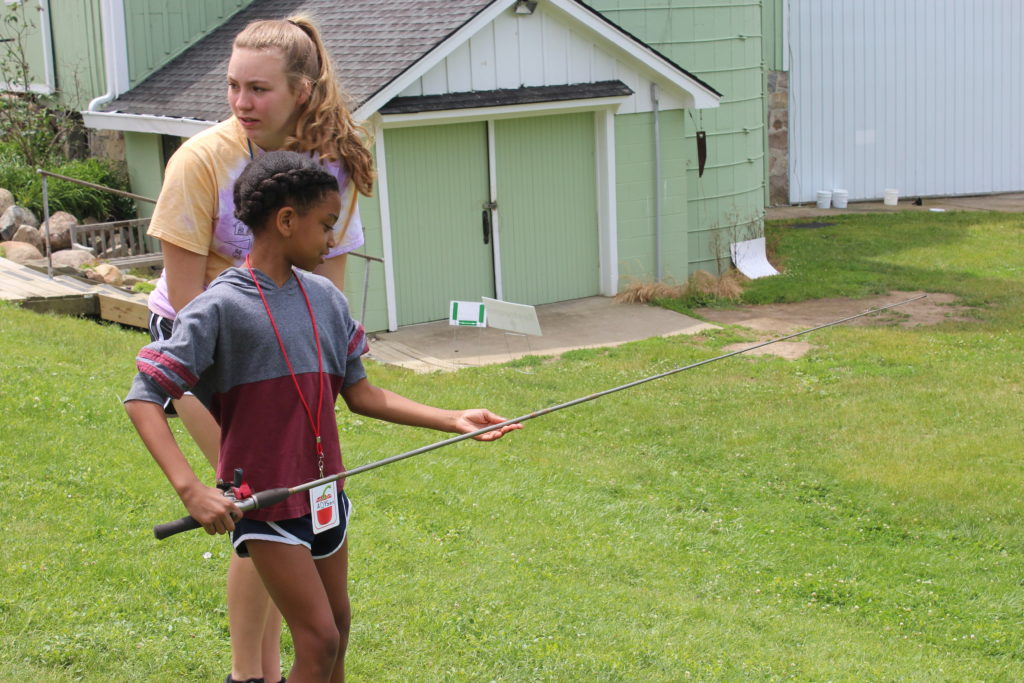 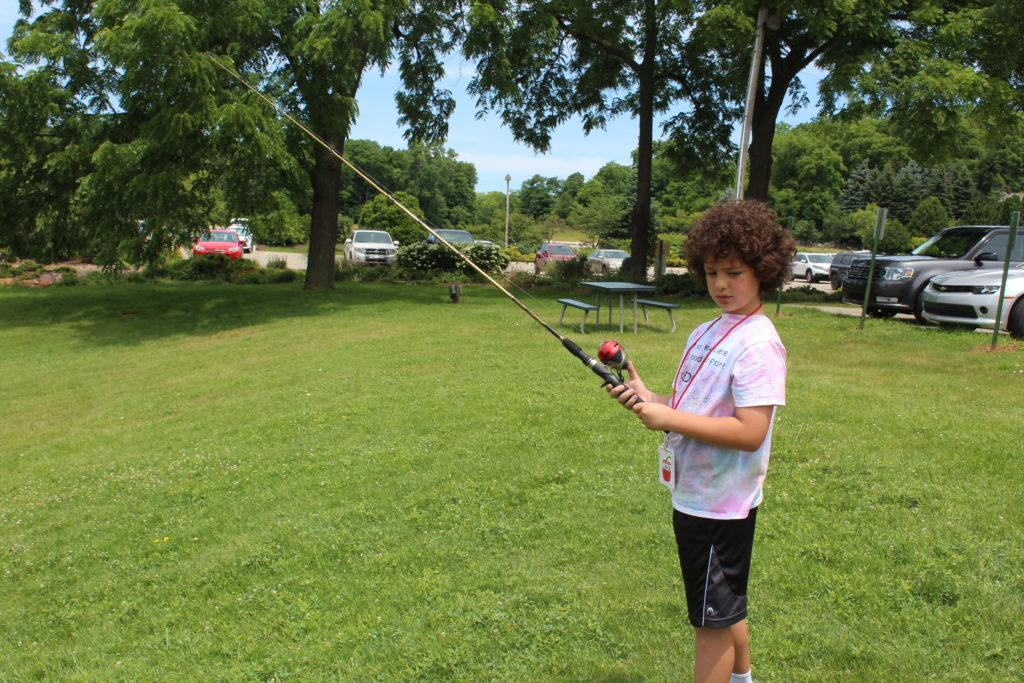 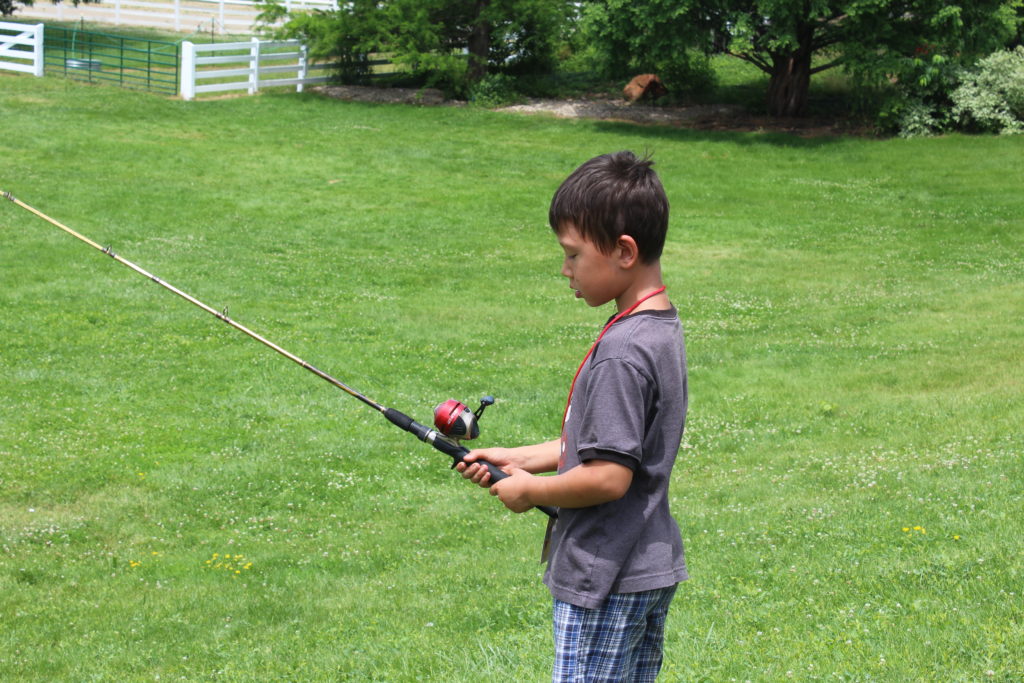 They also drew some maps of the farm. I didn’t see any that included my tank, but my sources tell me that they can add to their maps all week long. 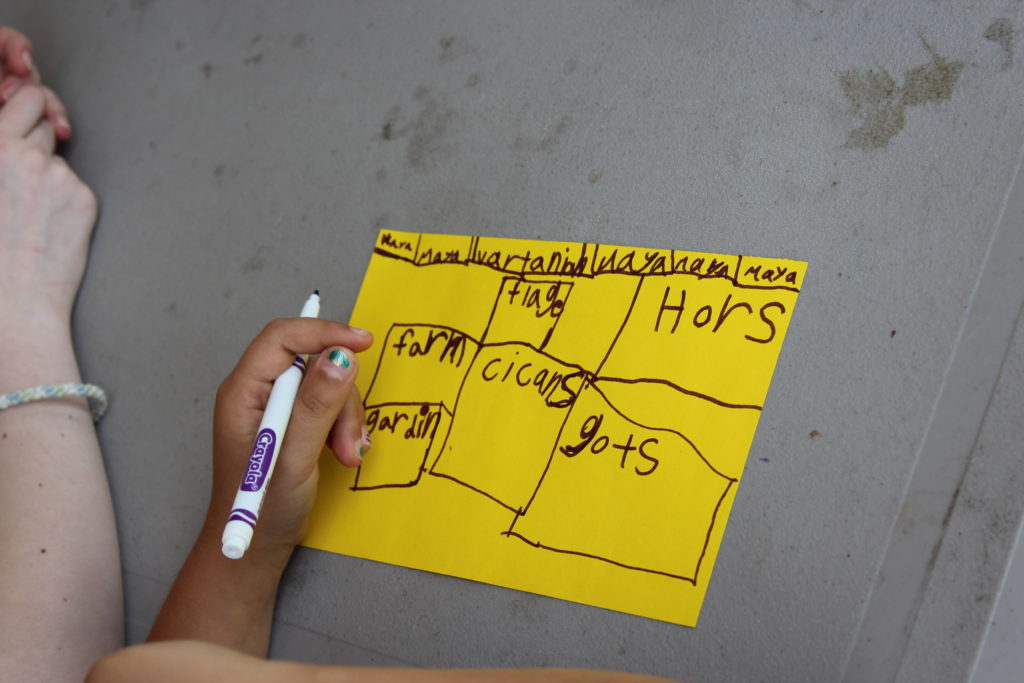 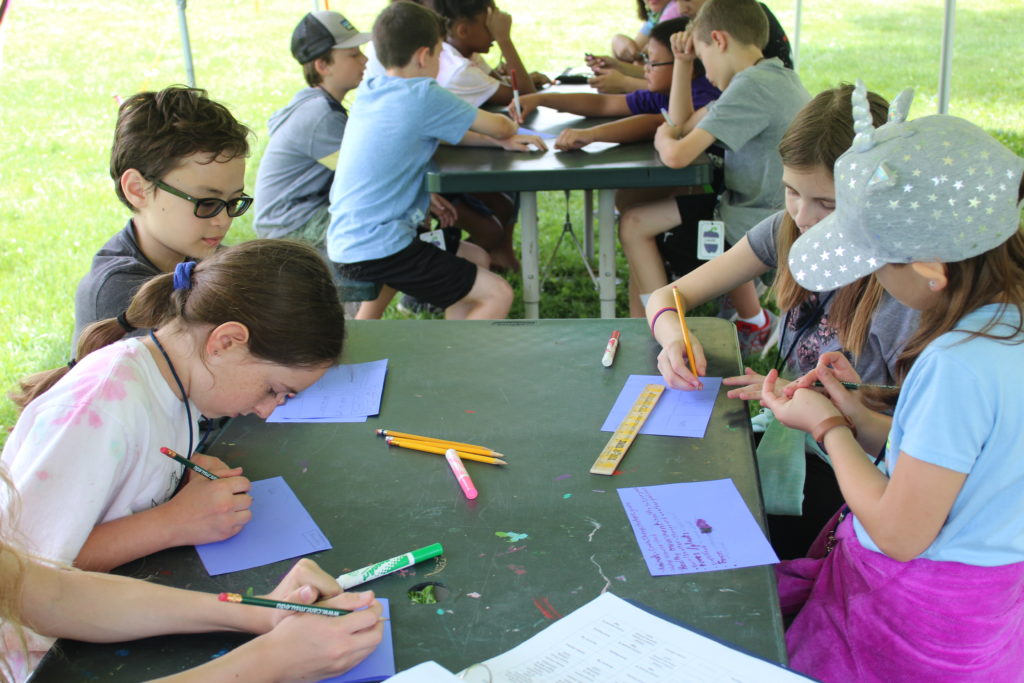 Working hard on their maps! 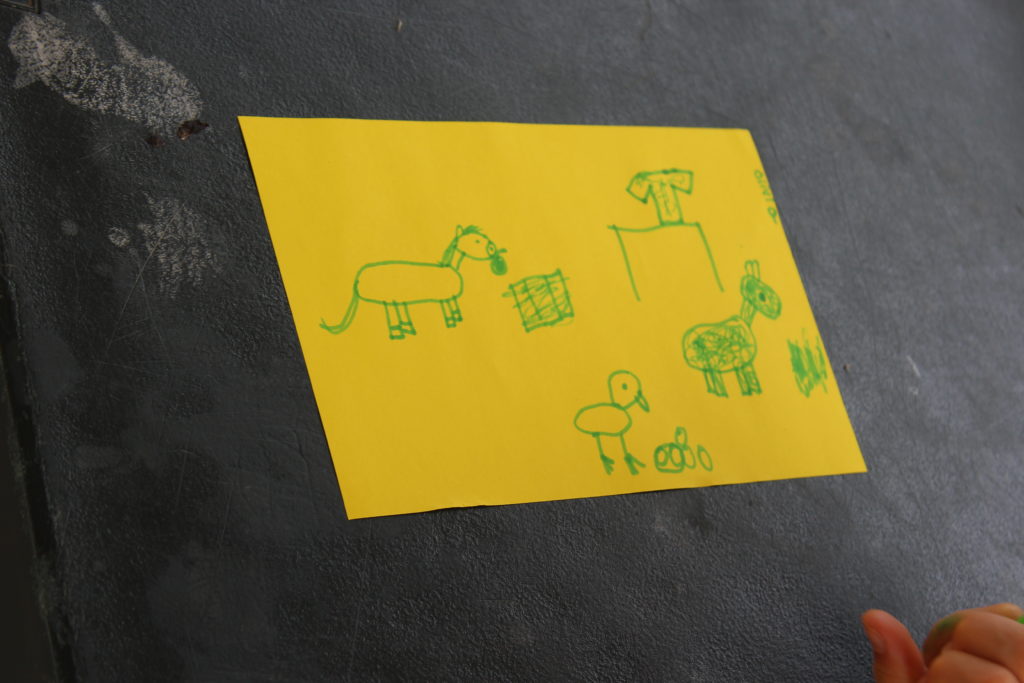 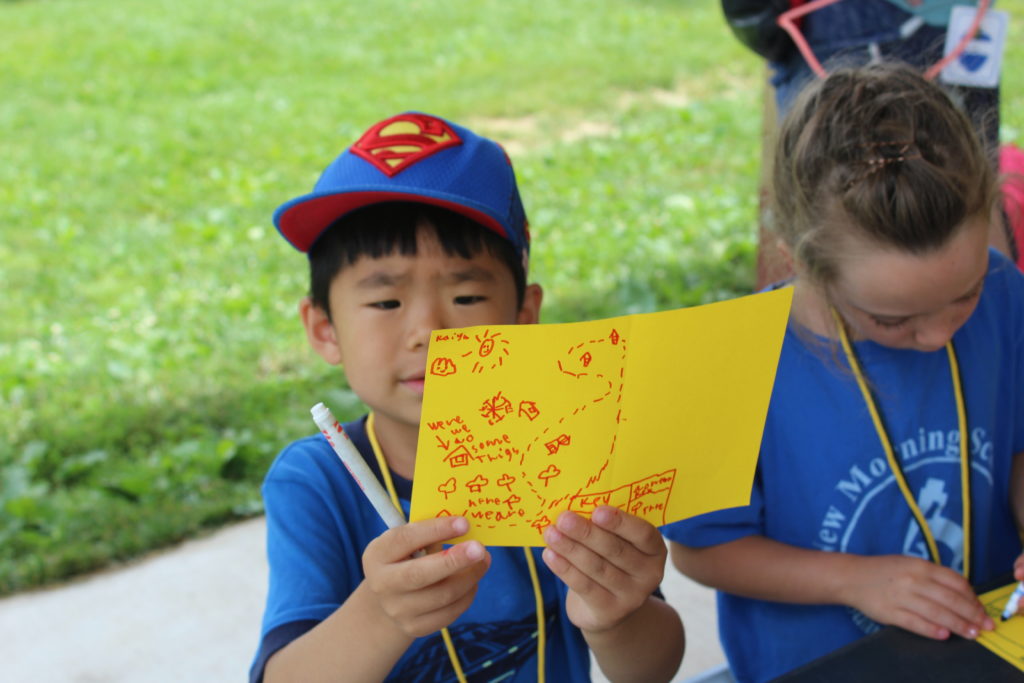 The campers also went on a bug hunt. Better that than a turtle hunt! 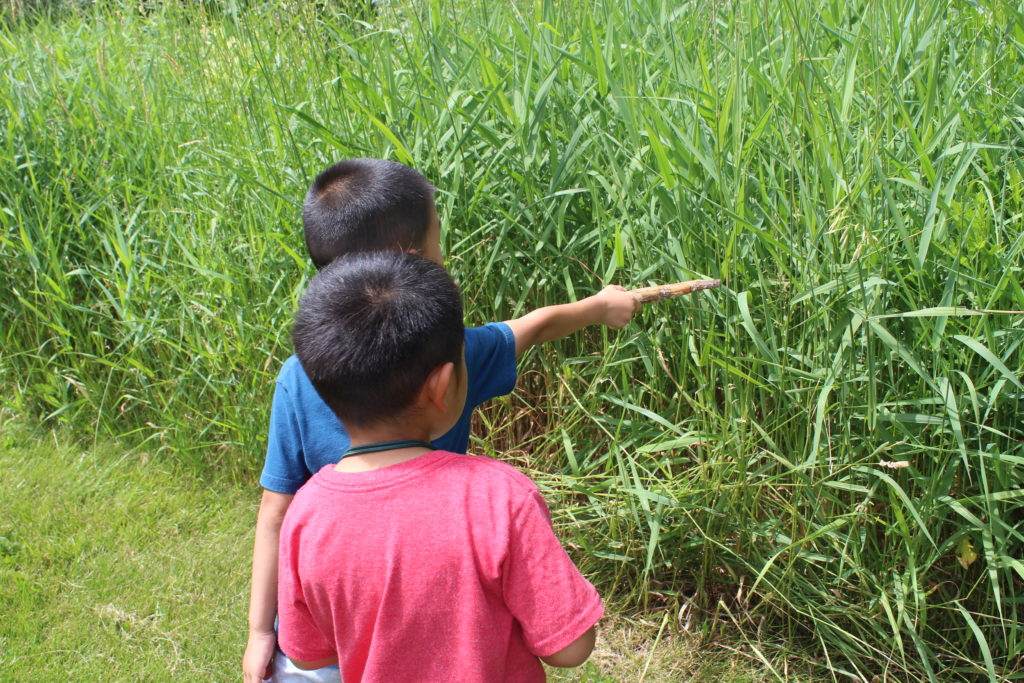 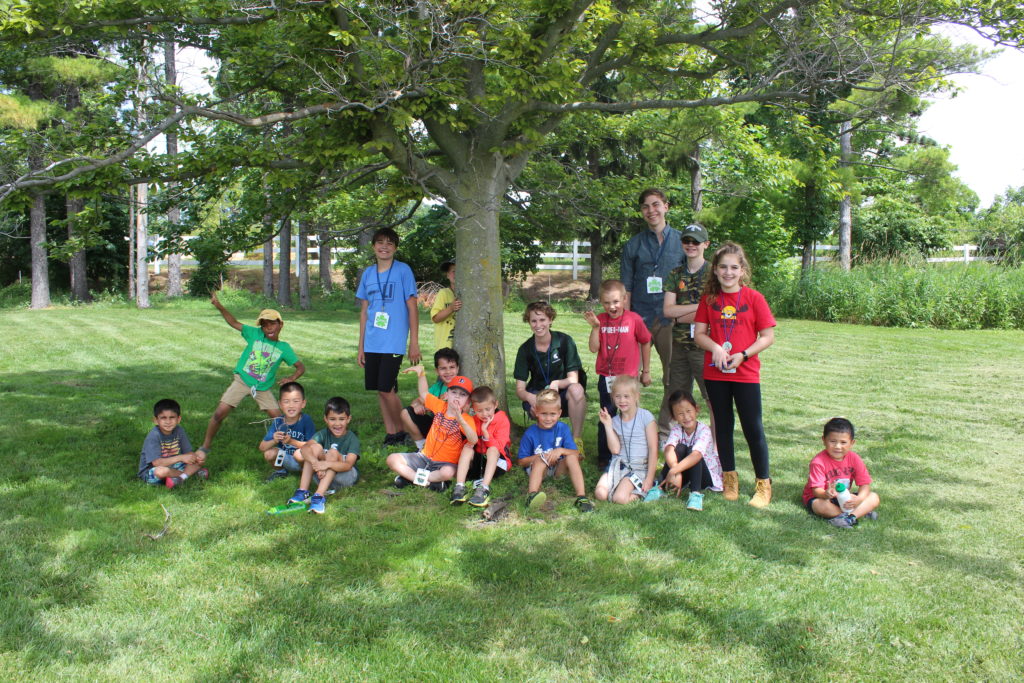 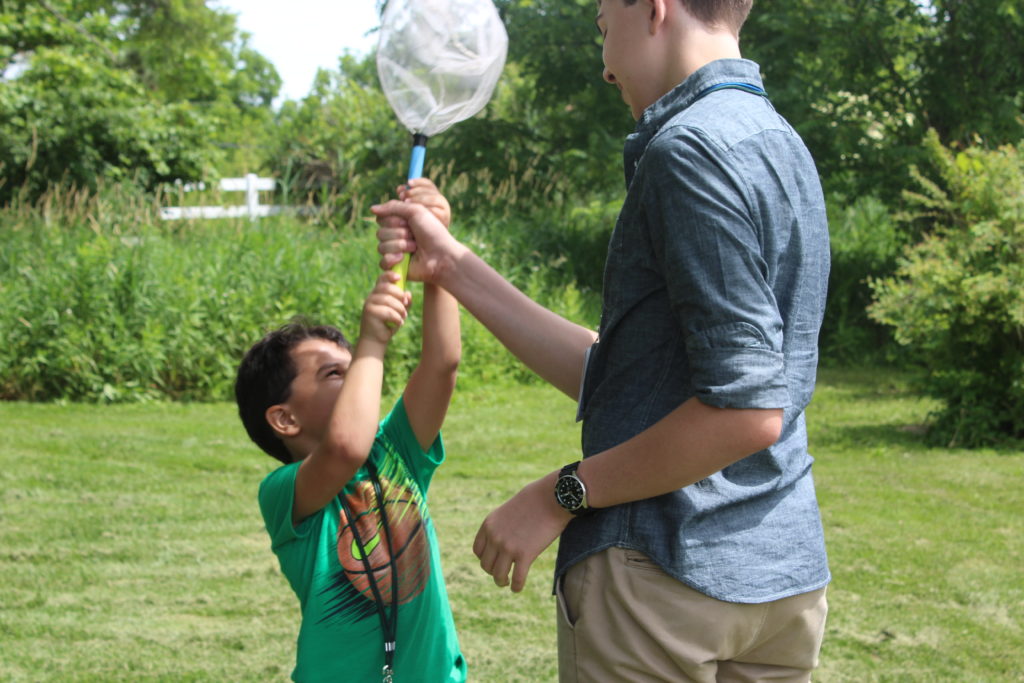 Steward and camper team up against a bug

Finally, the ultimate sign that camp is back: Garden Kitchen. Ms. Leah assisted the campers in making two delicious (green) snacks right here in the Activity Center. The first was guacamole. 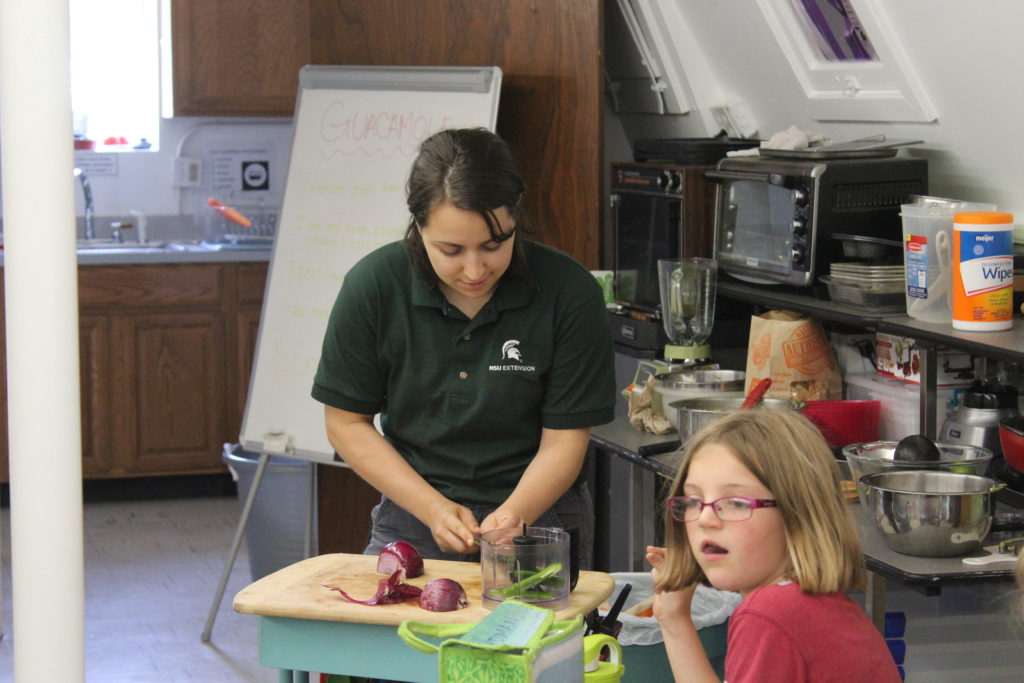 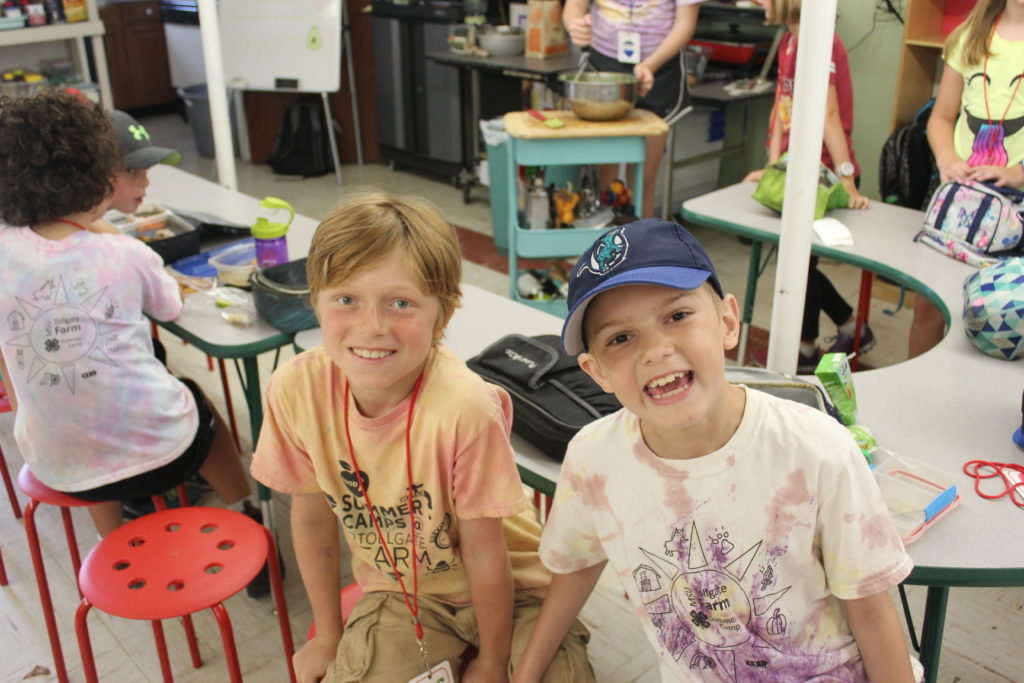 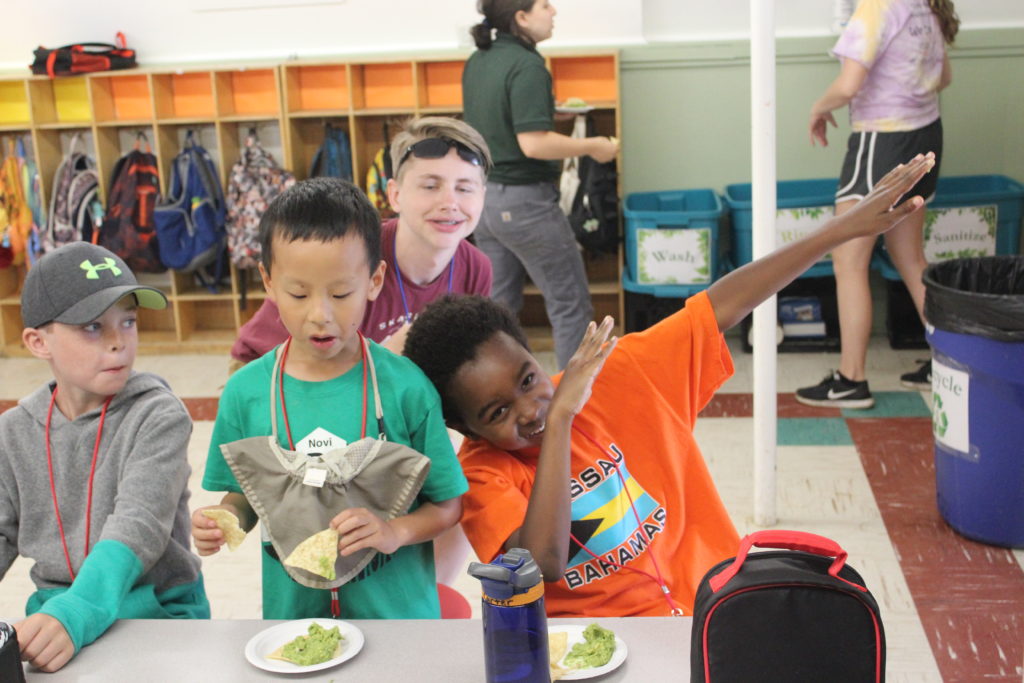 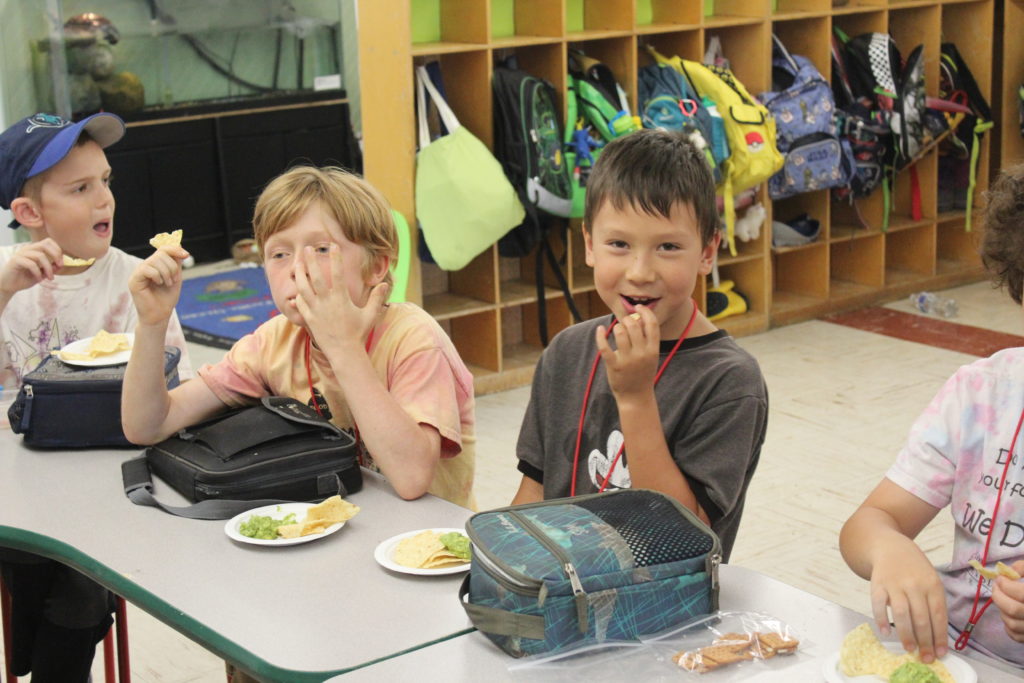 And in the afternoon, a green smoothie, which from what I saw, was quite a hit. 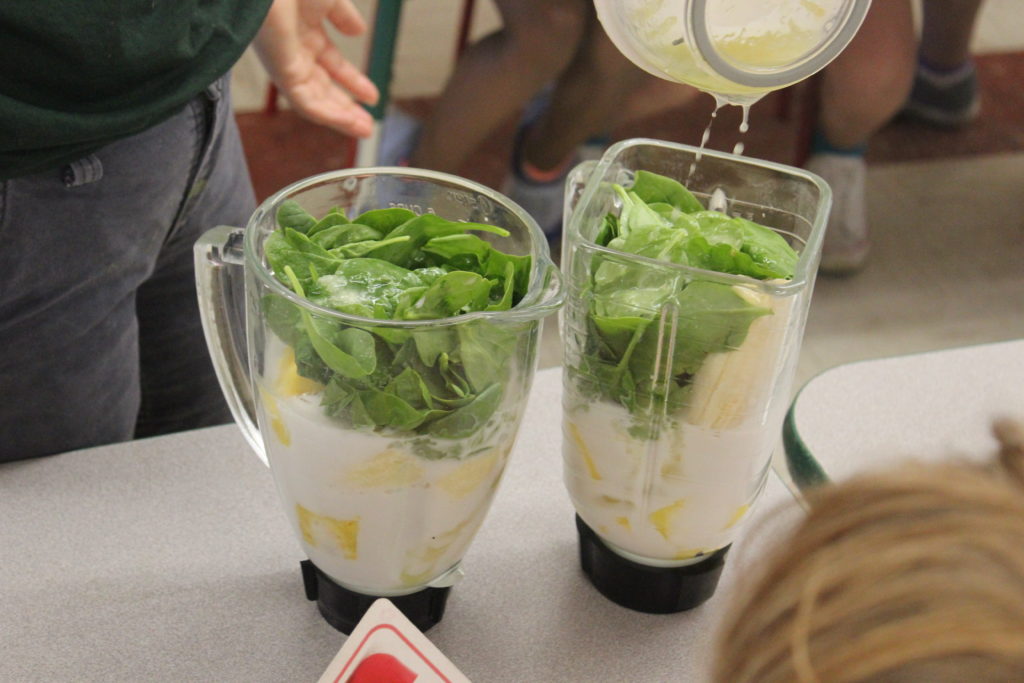 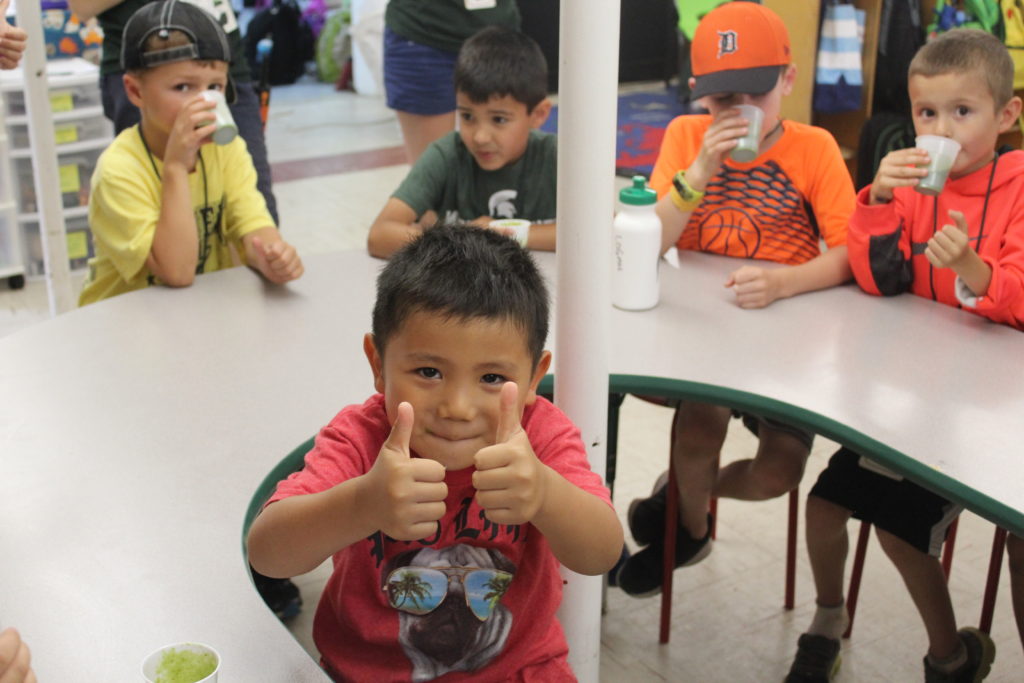 It earned a thumbs-up from this camper! 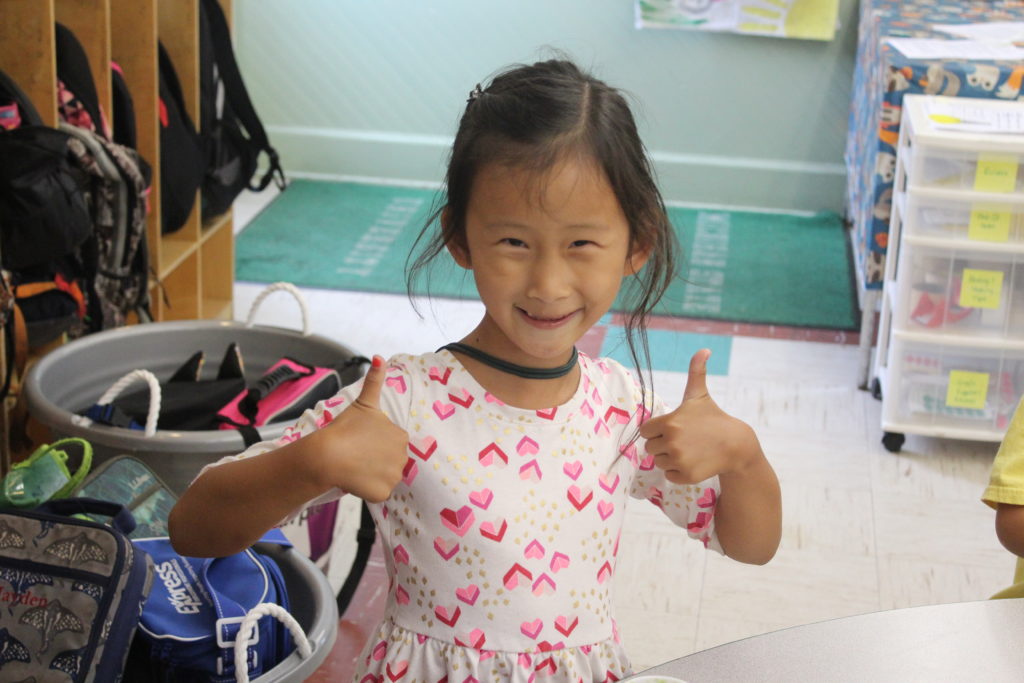 And this one, too! 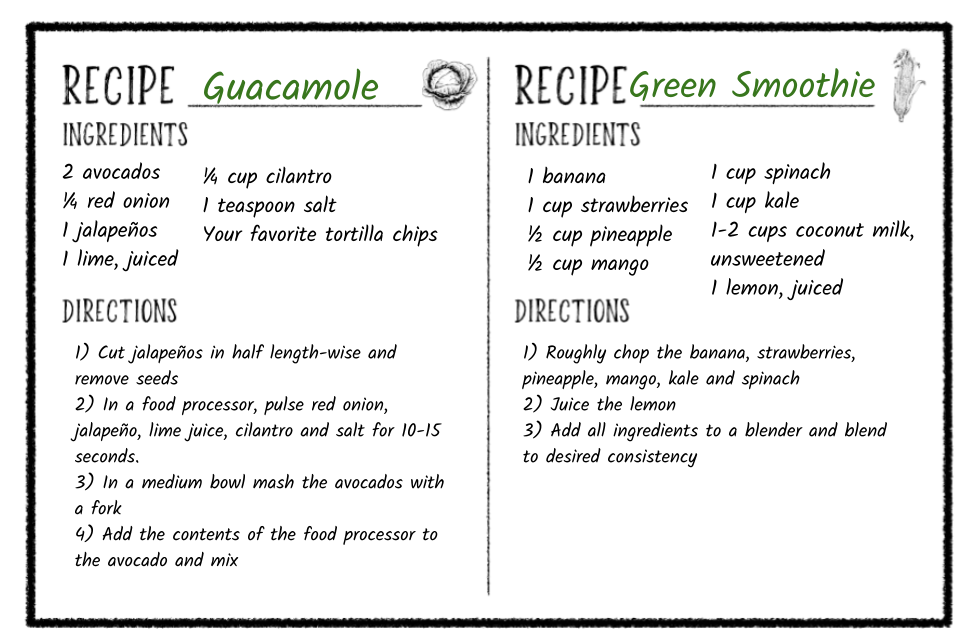 So, I think I can rest my case. Camp is back, and it’s more fun than ever. I can hear you saying now, “But Coltrane! My picture isn’t in this blog!” I hear you. Luckily, there are plenty more photos in our Google Photos account! Click here to view