Posted on 21 October, 2016 by tollgateprogramsmsu

Farm Sprouts chose to extend their exploration of fall crops from apples to pumpkins this week. They had to hunt for a “Baby Boo” variety of pumpkin with their name written on the blossom end for today’s sign-in activity and voted for maple leaves or oak leaves. We had the sunflowers available again for seed harvesting by request of the children and sent home an envelope of seeds harvested last week for families to plant in their own gardens in the spring. Some also enjoyed drawing flowers. 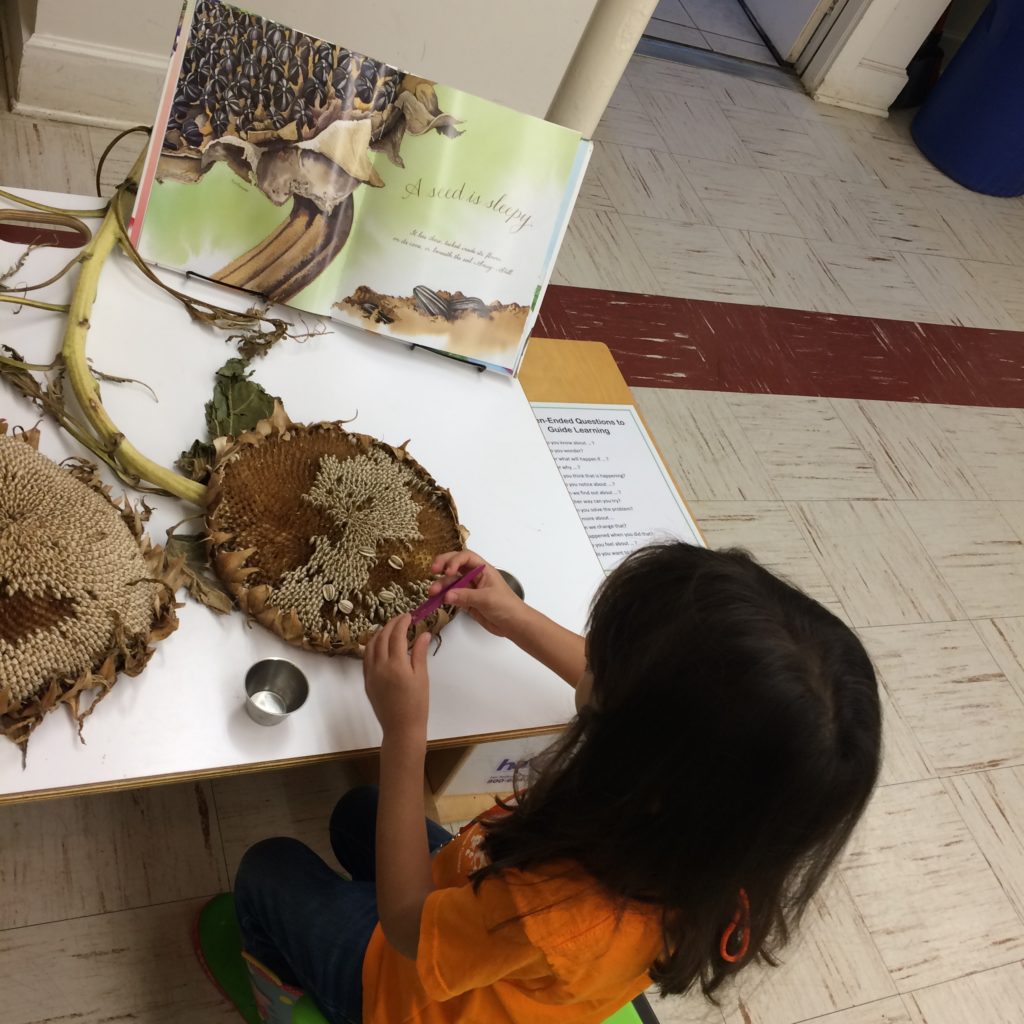 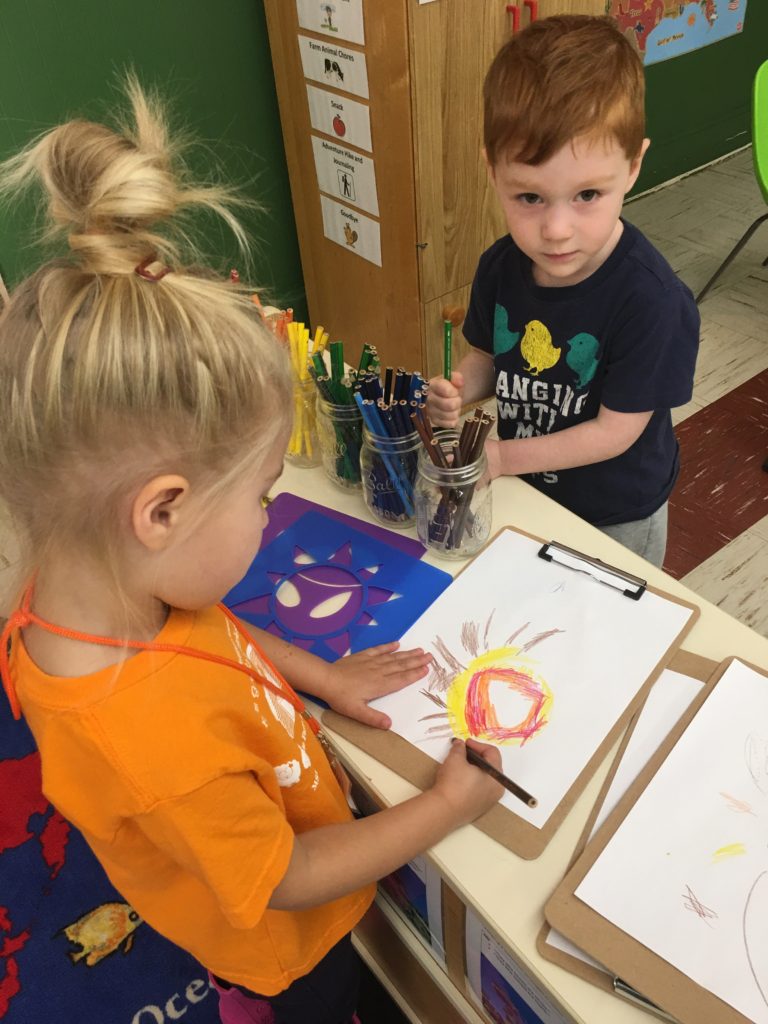 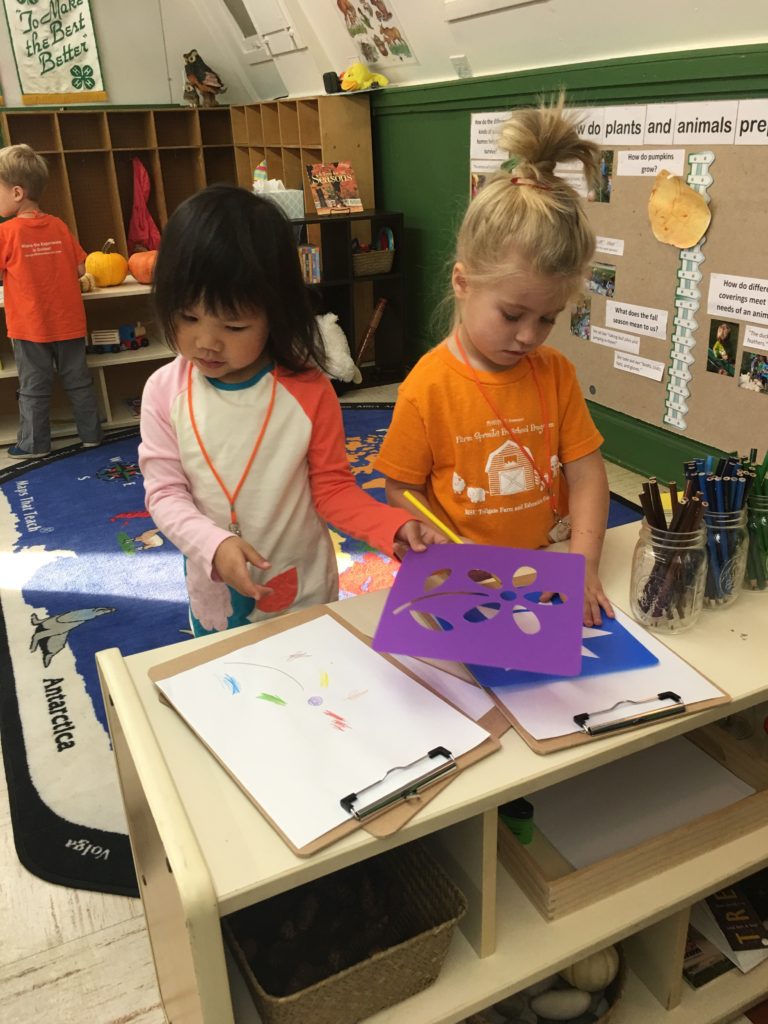 To continue exploring the source of milk and food processes, we made our own butter using both our butter churner and mason jars with marbles. If you’d like to try it at home, add 3/4 cup heavy cream to a jar and shake! It will take about 5-10 minutes and will happen faster if you allow the heavy cream to come to room temperature before you begin. Once you have achieved the formation of a clump of butter, rinse the remaining buttermilk off in a colander and store in the refrigerator. 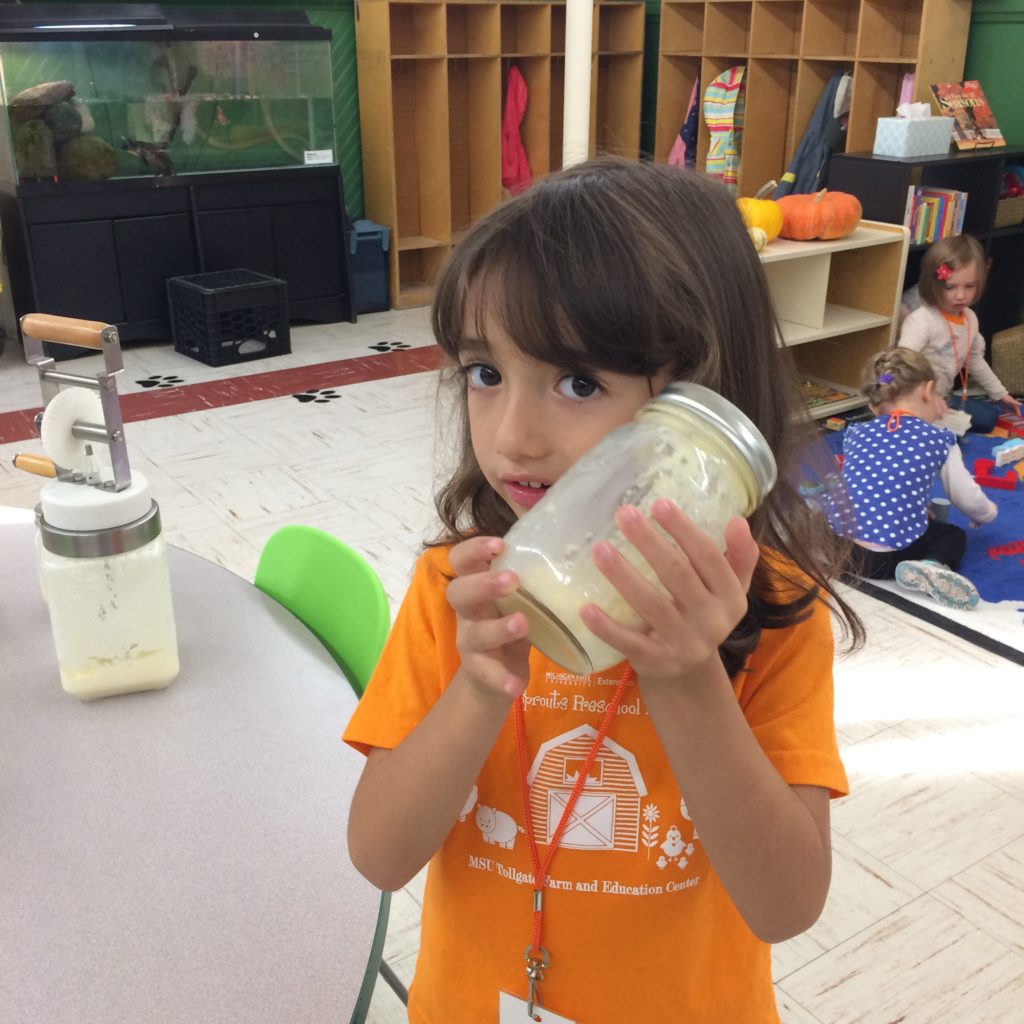 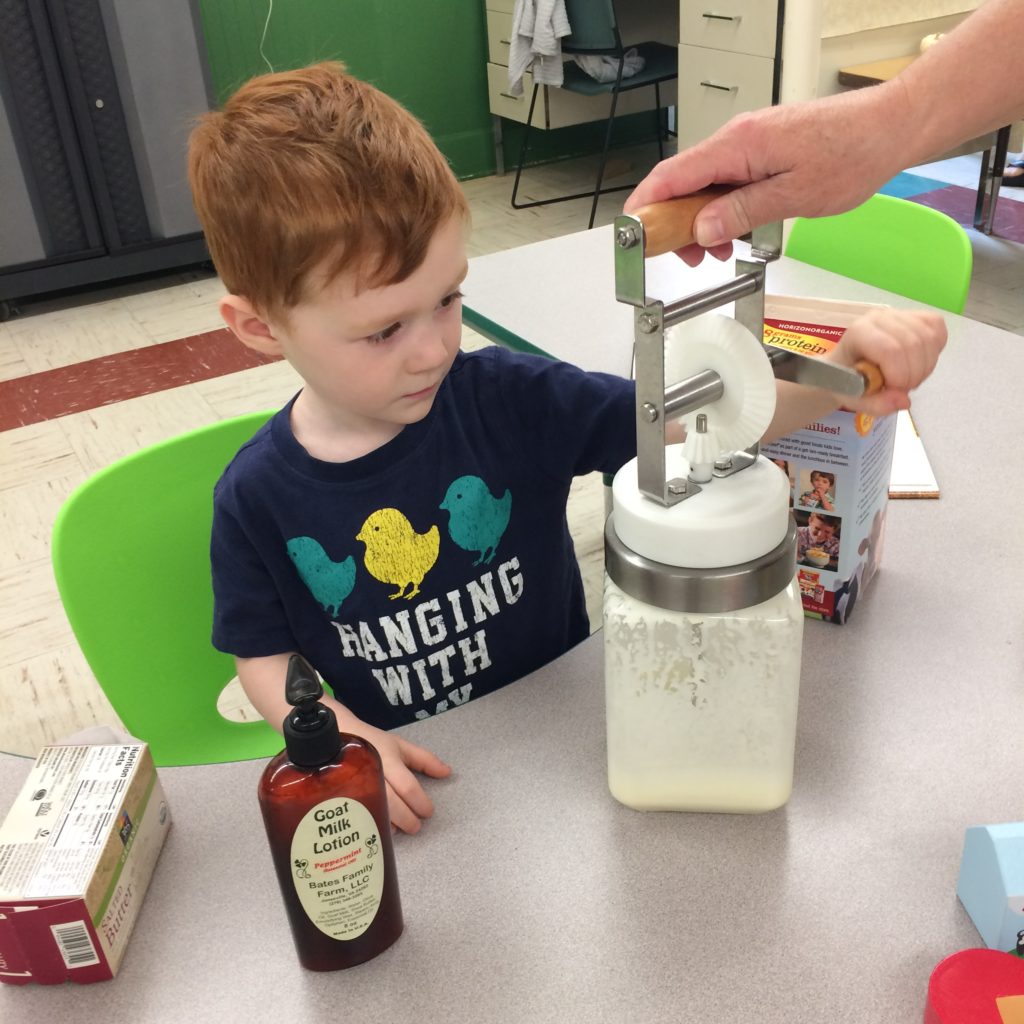 We sang and danced to a song about fruits called “El frutero” by Jorge Anaya and Whistlefritz. Did you know a pumpkin is a fruit? We practiced some fruits in Spanish and called out, “Me gusta la calabaza!” (I like pumpkins!) 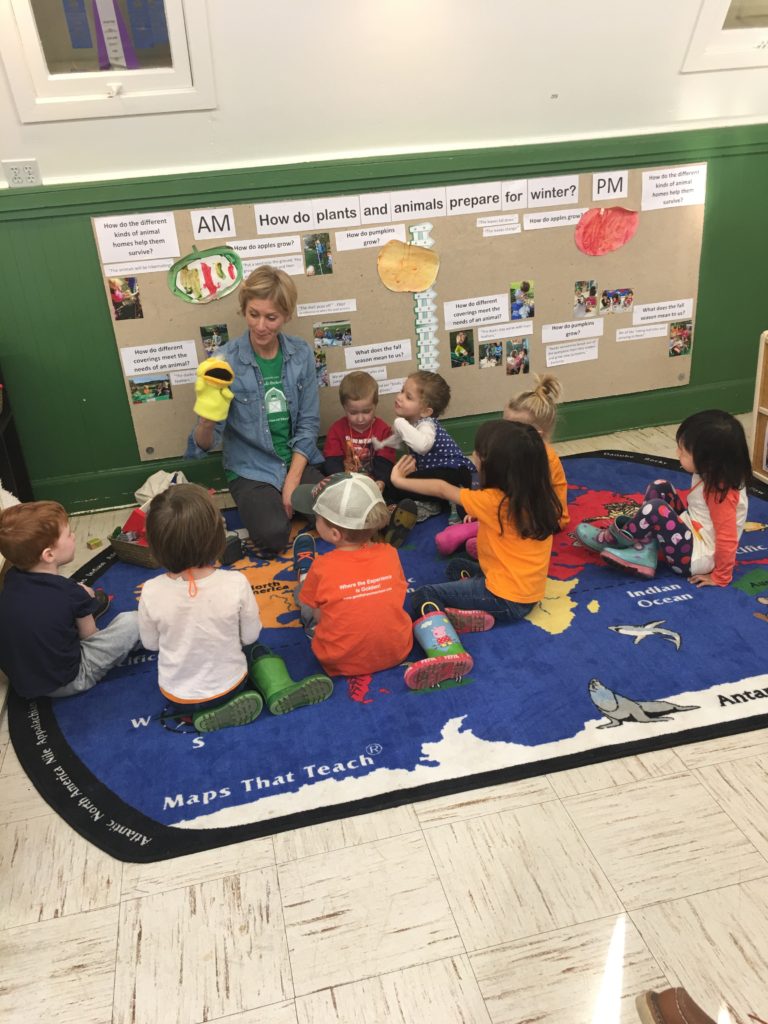 We traveled by tractor and wagon around the farm today to reach far-off destinations. Our first stop was the gardens to help harvest crops. We picked raspberries, bell peppers, beans, and tomatoes. We stopped at the corn field and enjoyed the beautiful dahlias. 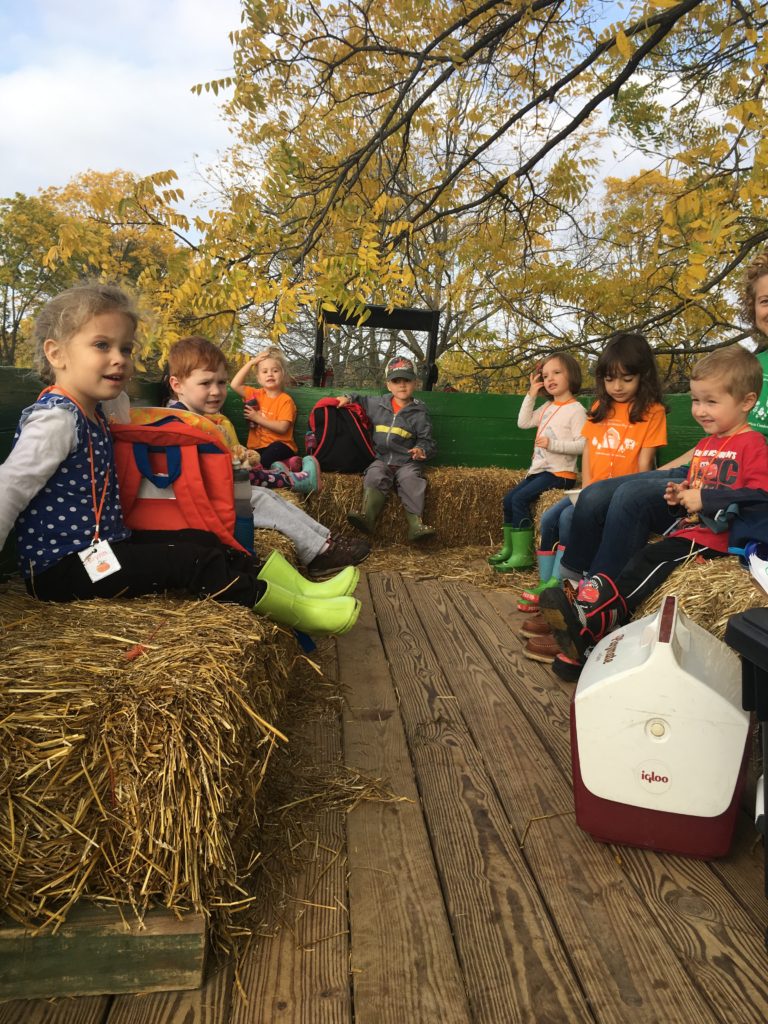 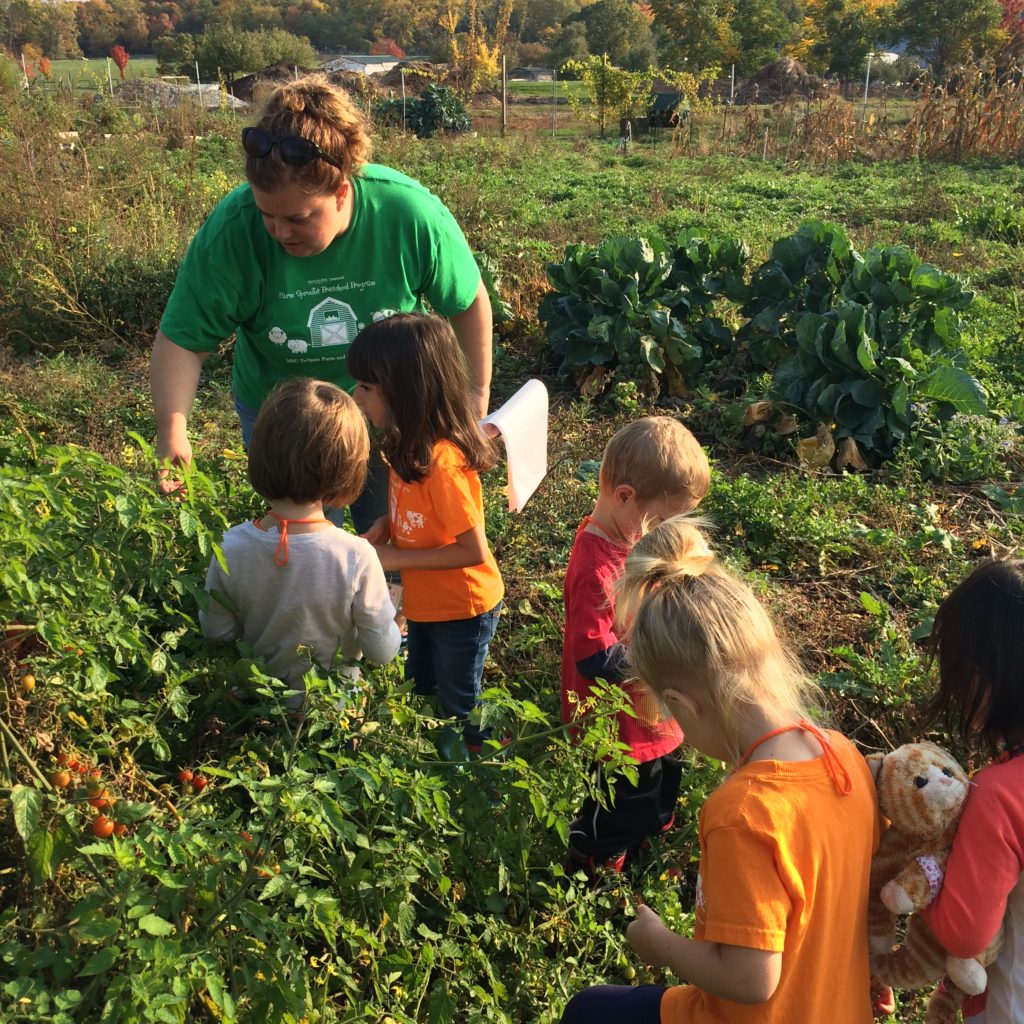 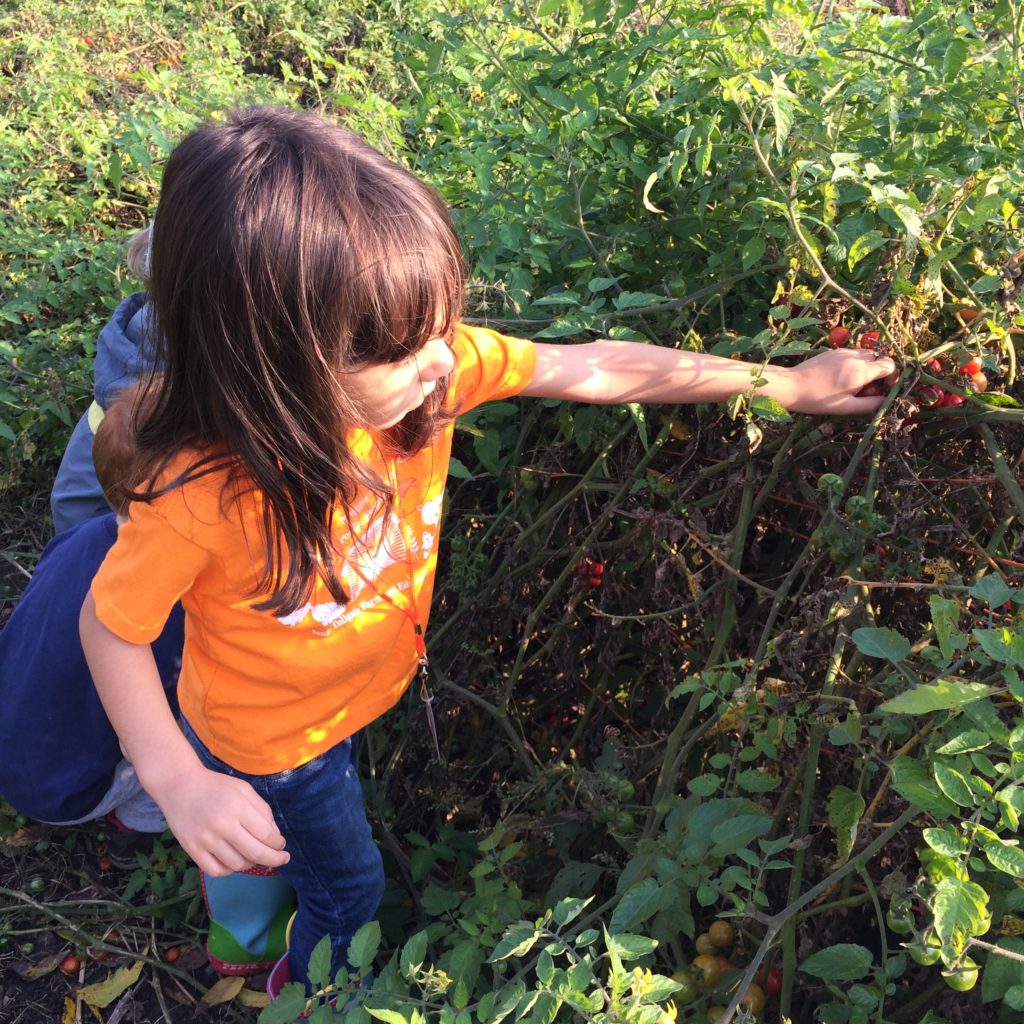 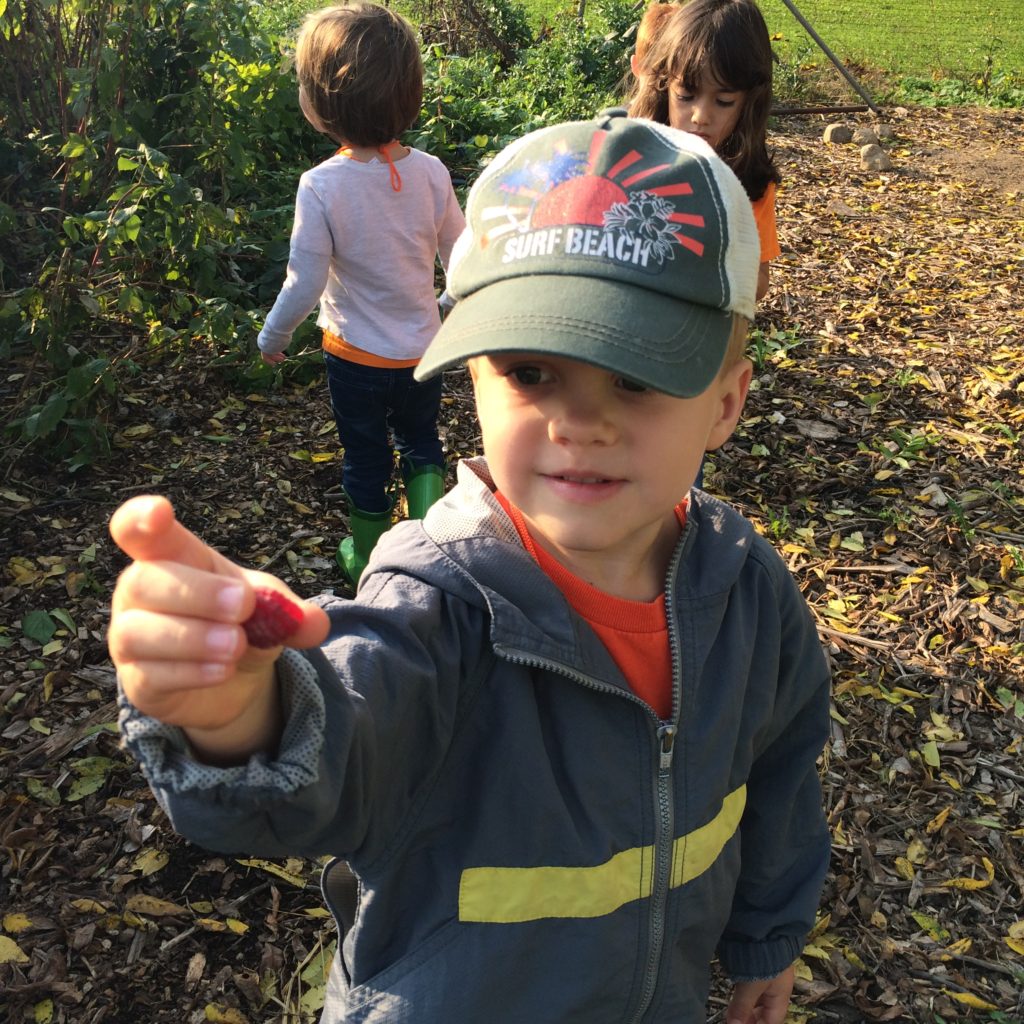 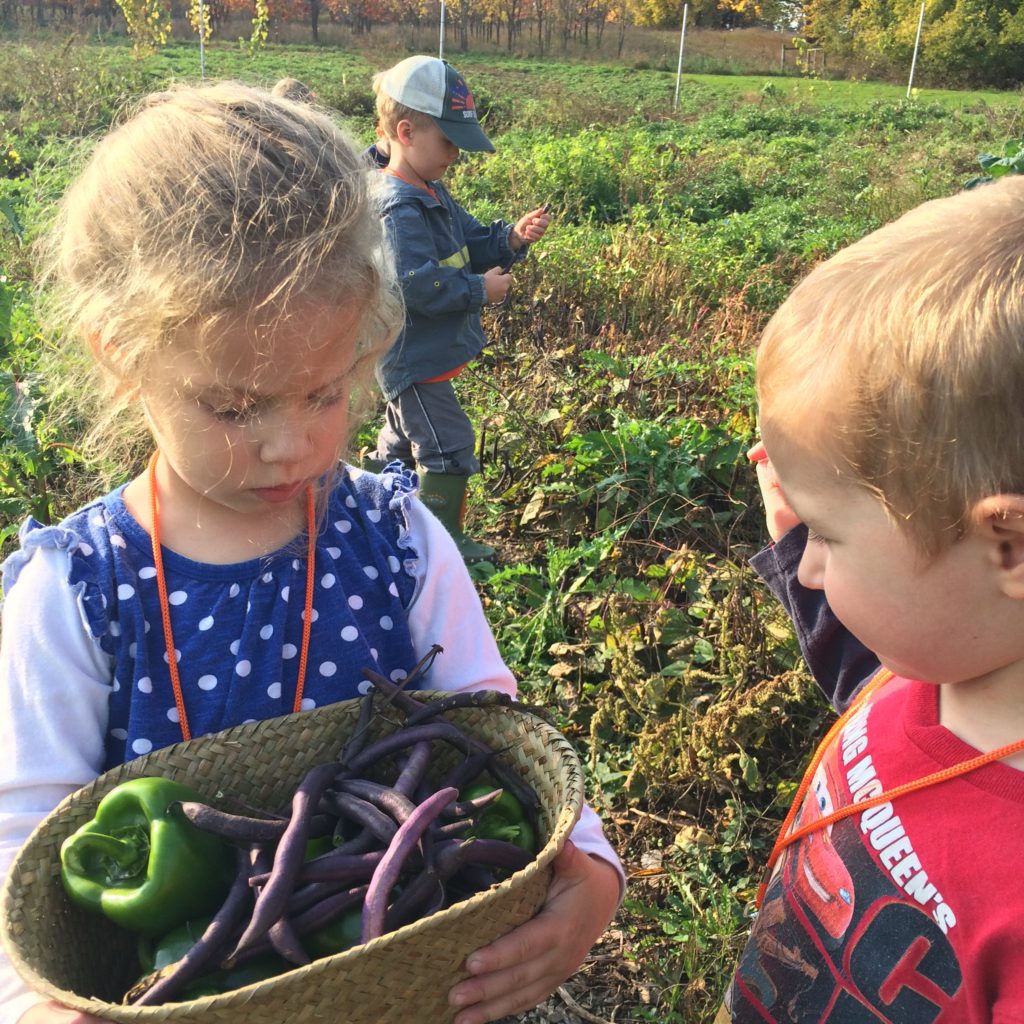 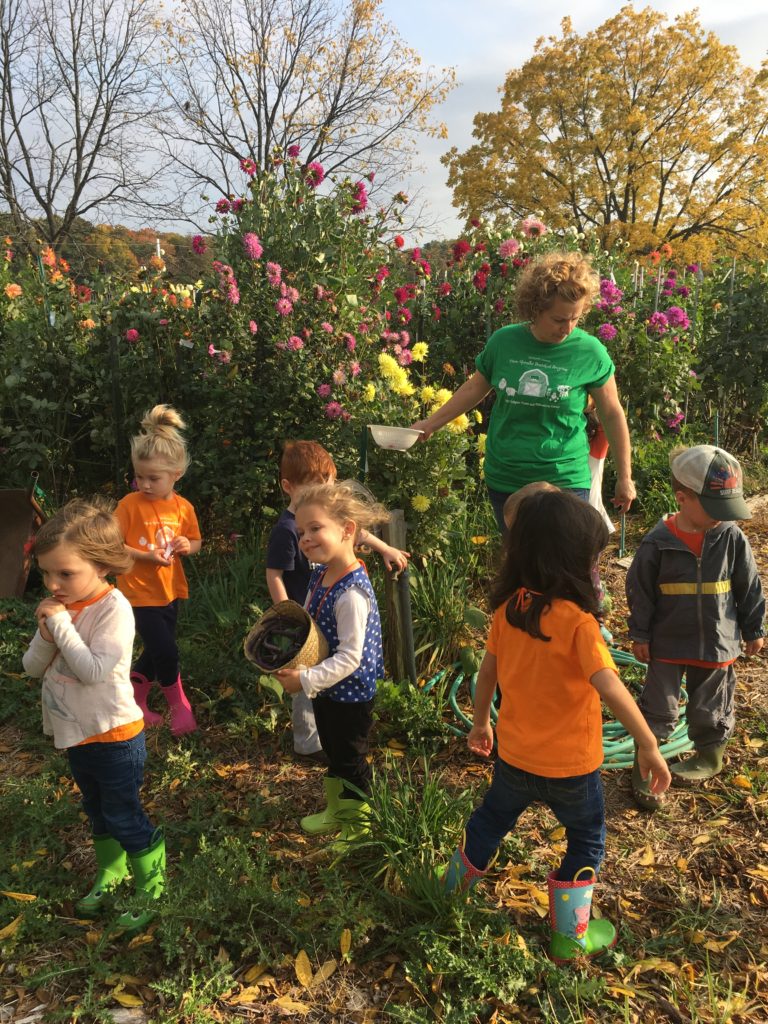 Our next stop was the pumpkin patch! We began with a break to enjoy our Harvest Snack, which included a “Pumpkin Pie Smoothie” with honey from Clay Ottoni, a Master Beekeeper who volunteers at Tollgate, and our freshly picked raspberries. 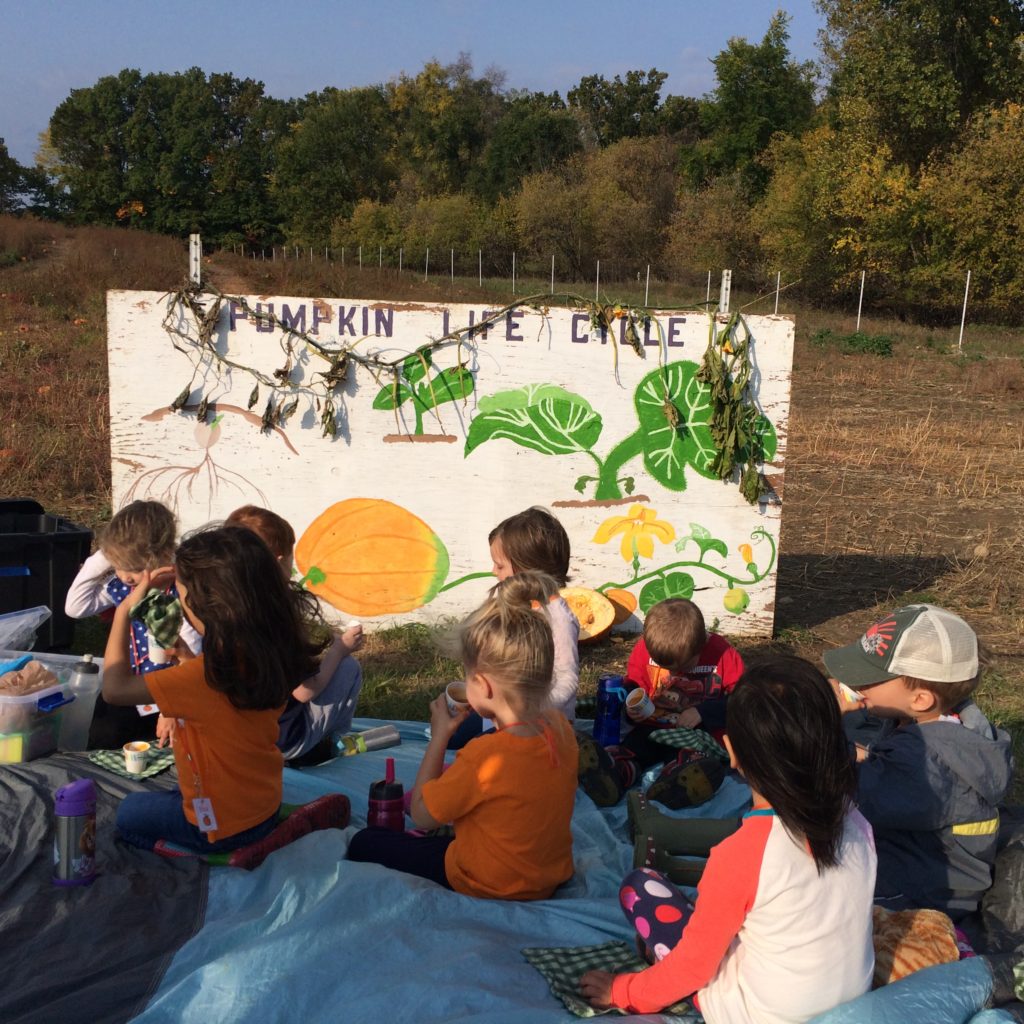 In the patch, we hiked to identify each of the stages in a pumpkin’s life cycle, including seeds, sprouts, plant with vines, tendrils and flowers, and of course, pumpkins! We were able to find young pumpkins still green with the female flower attached to the blossom end along with ripe, orange pumpkins connected to their vines. 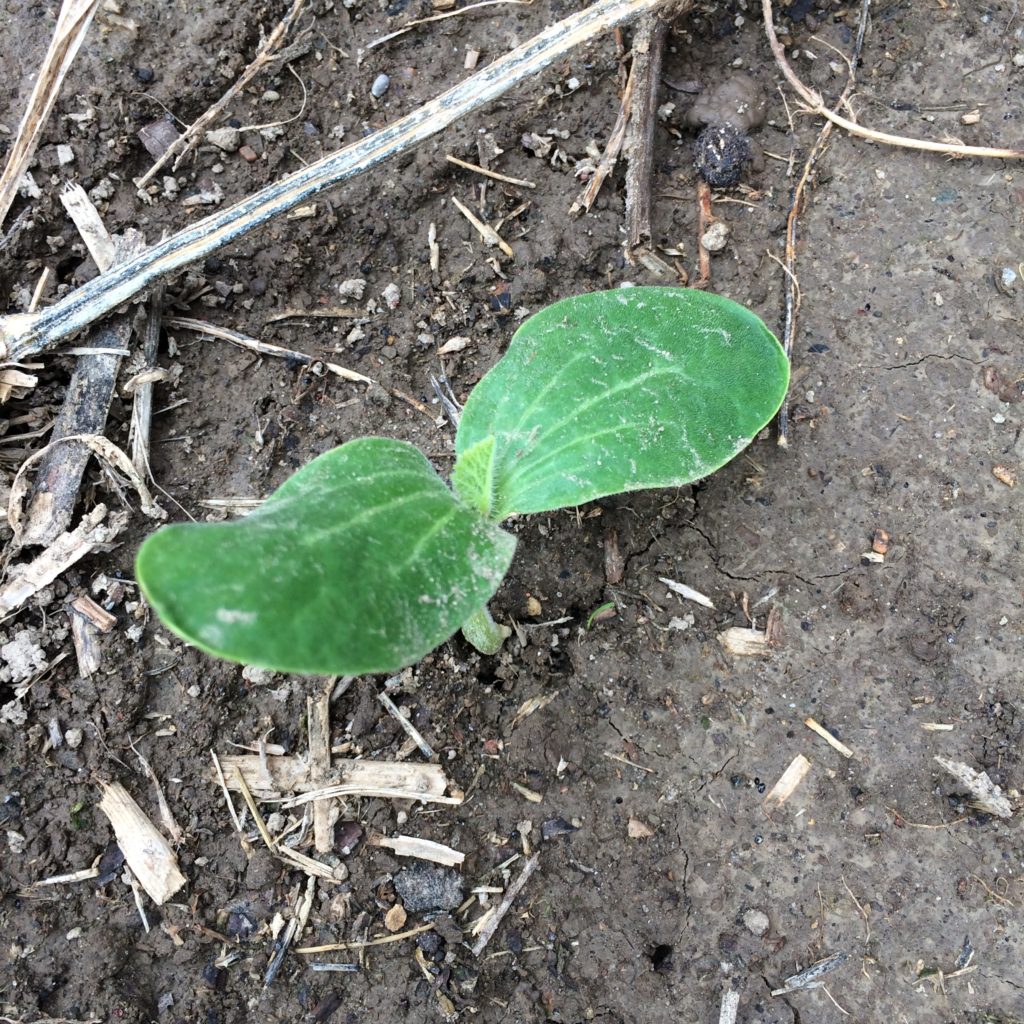 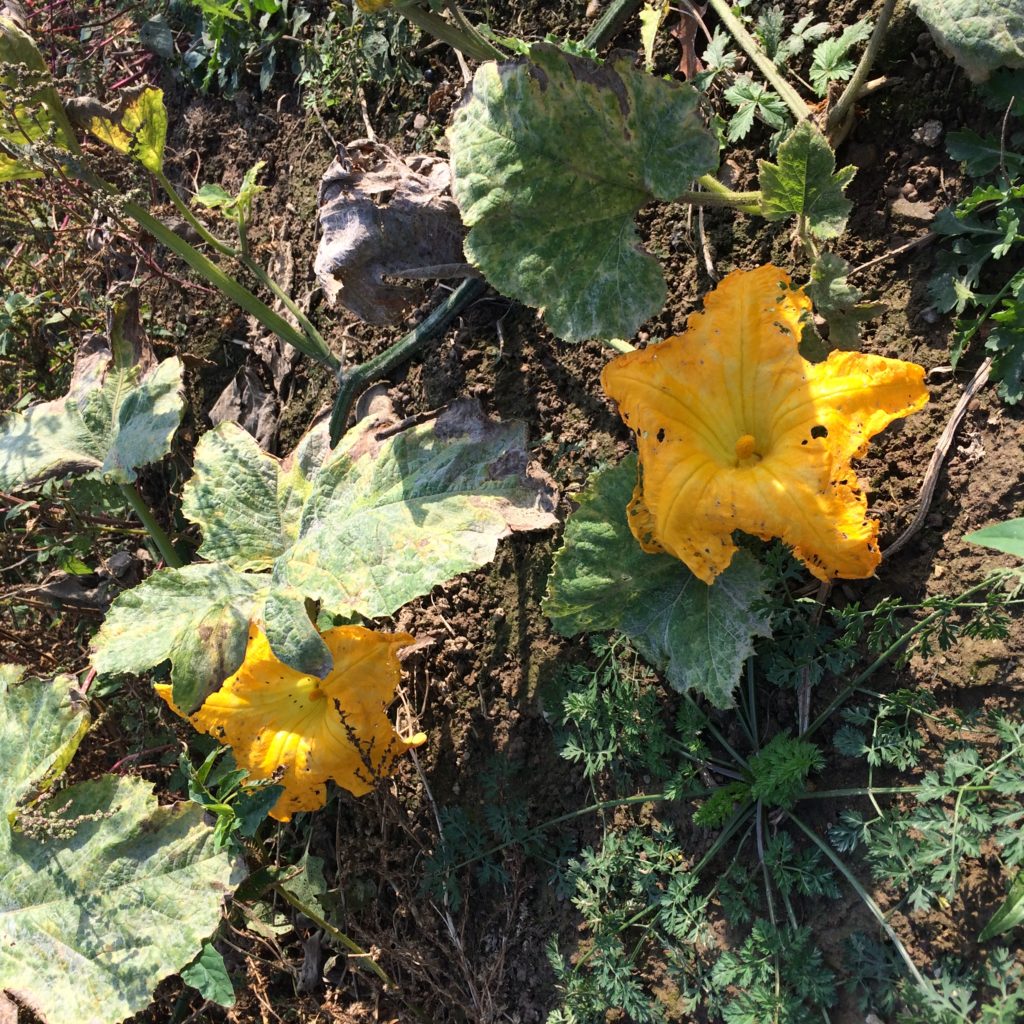 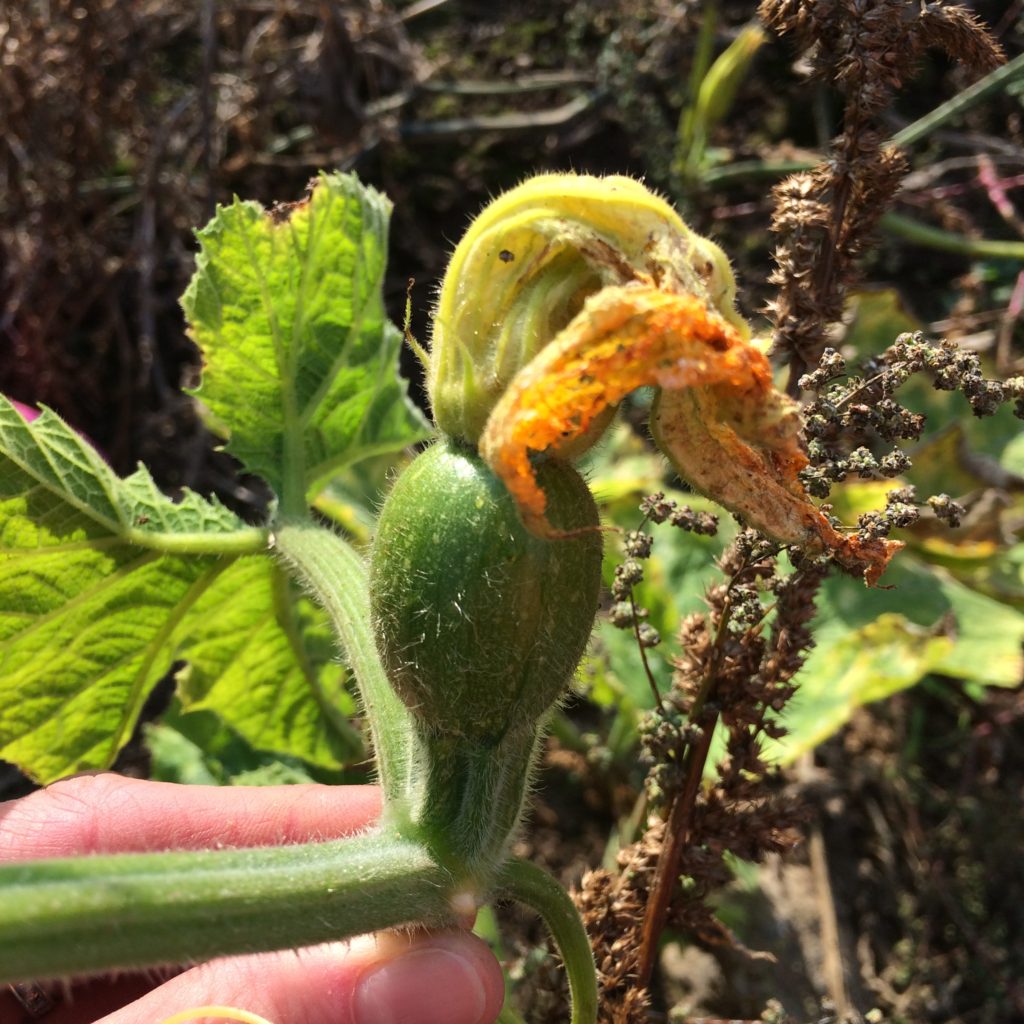 It was then time to carry out a Pumpkin Investigation, which included making observations about the outside of the pumpkin and then dissecting a pumpkin to explore the inside. We used knives, tweezers, tape measures, magnifying glasses, and had jars of water available to test whether the various parts sink or float. We discovered that all of the parts float. Pumpkins are actually composed of 90% water! Why is a pumpkin considered a fruit? It has seeds inside with a protective outside and as we saw during our hike, it begins to grow as a part of a flower. 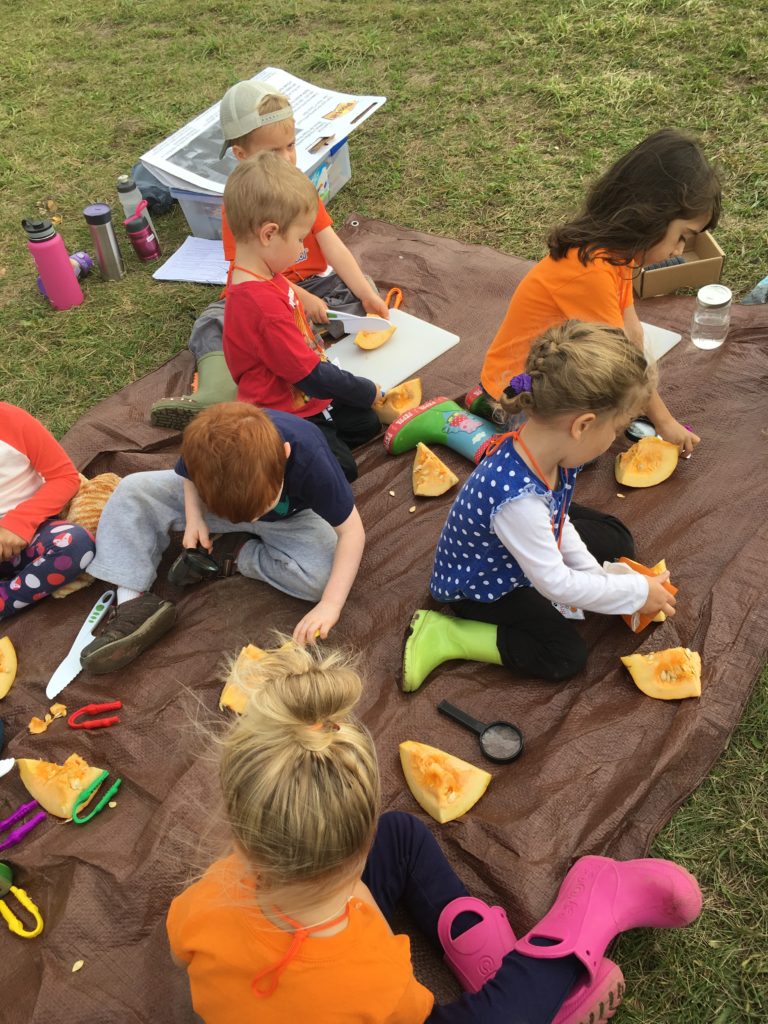 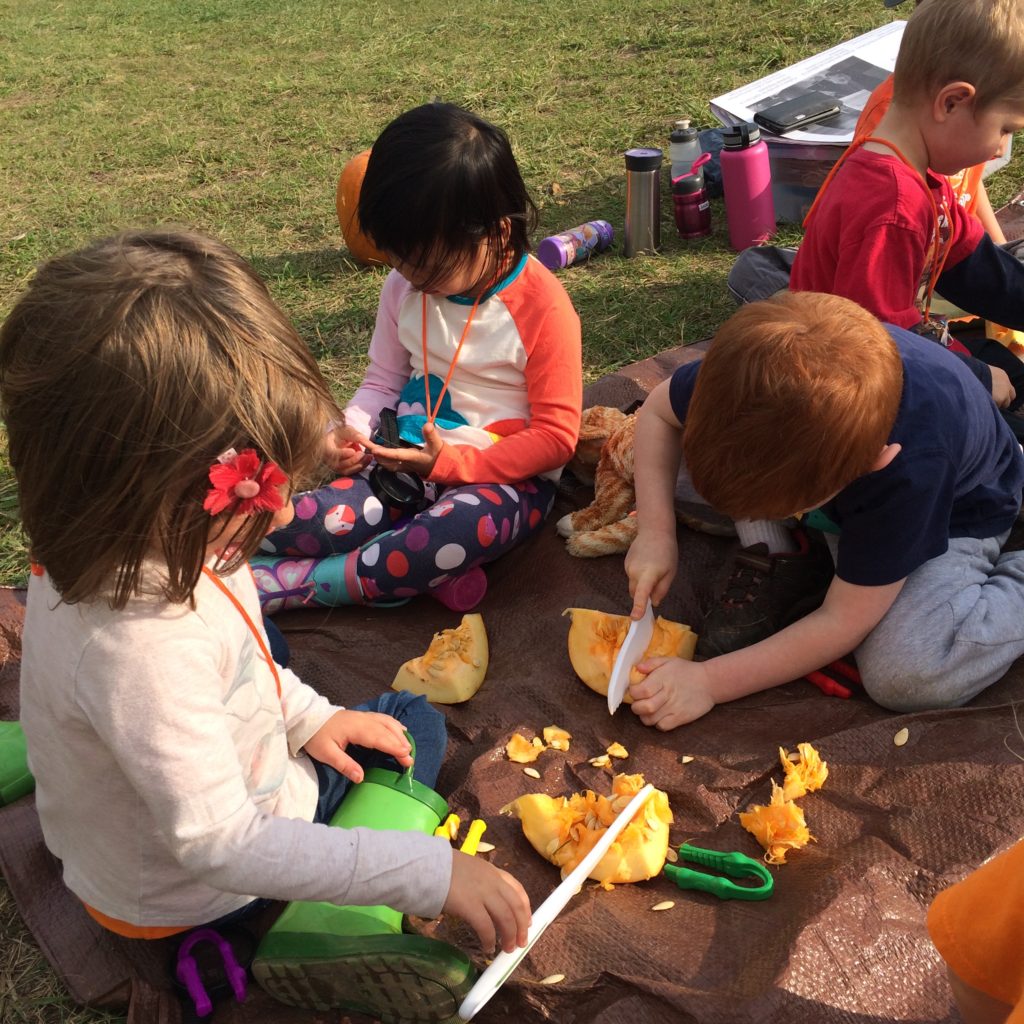 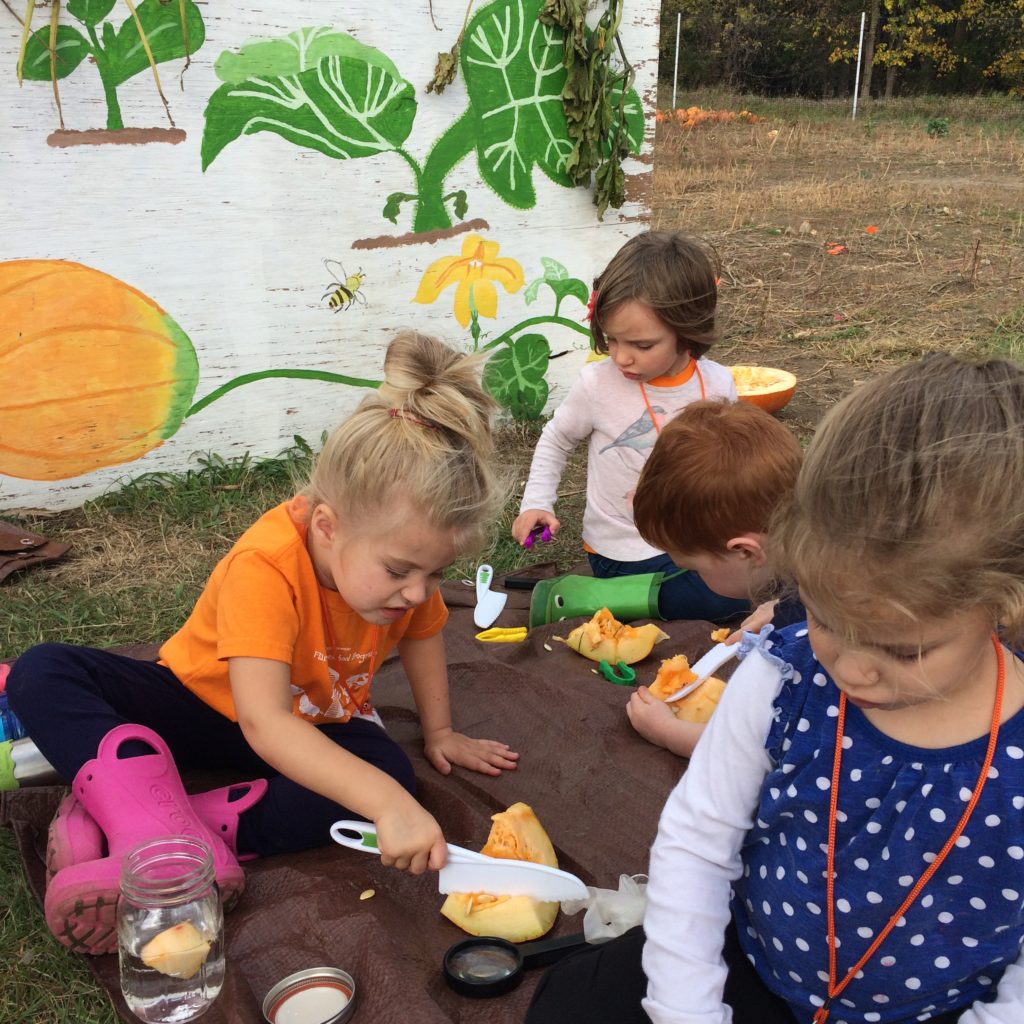 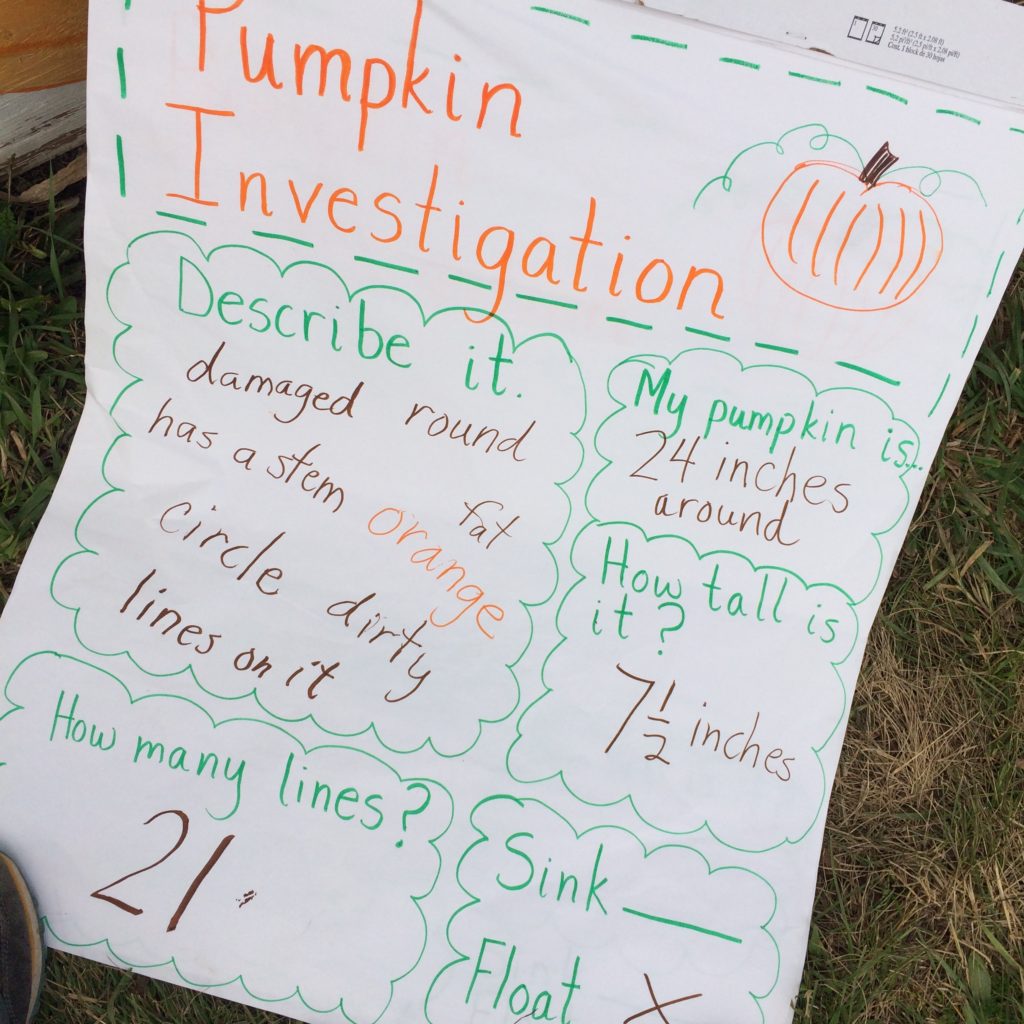 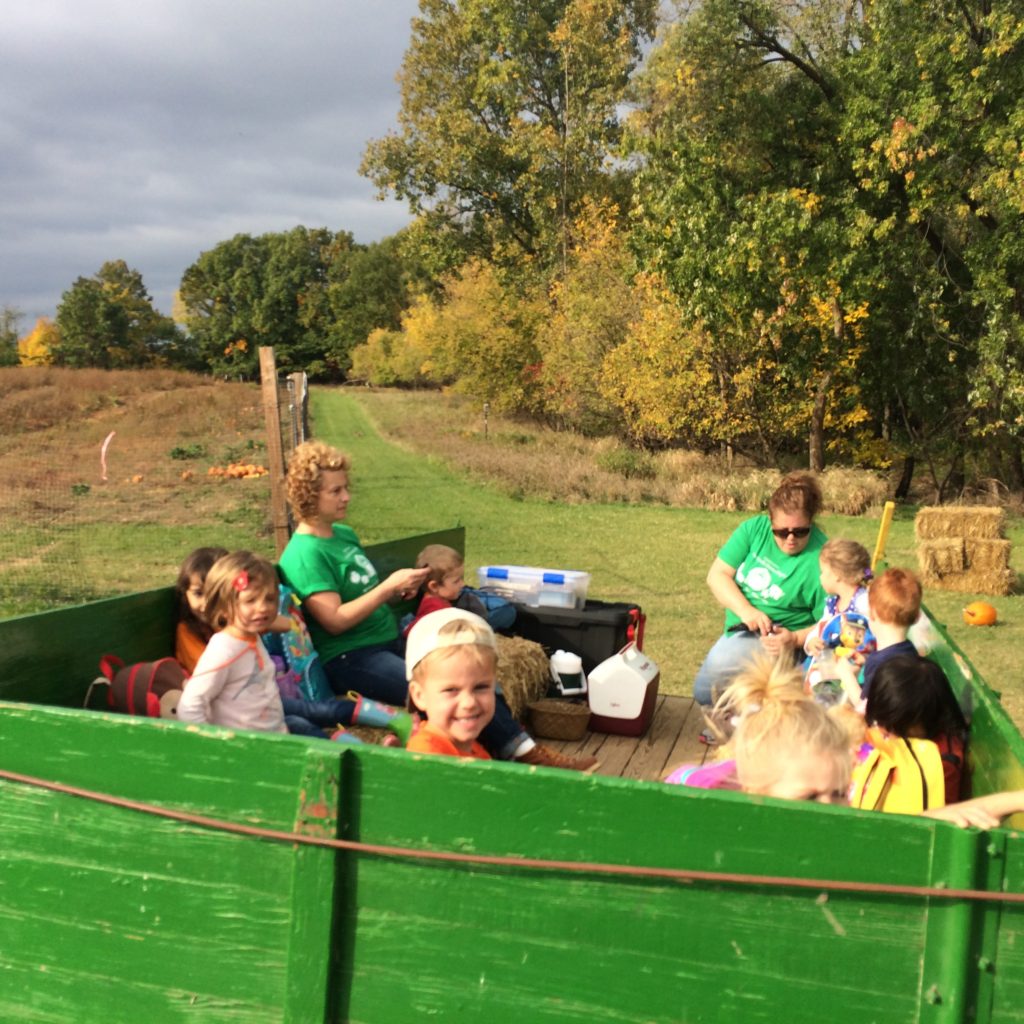 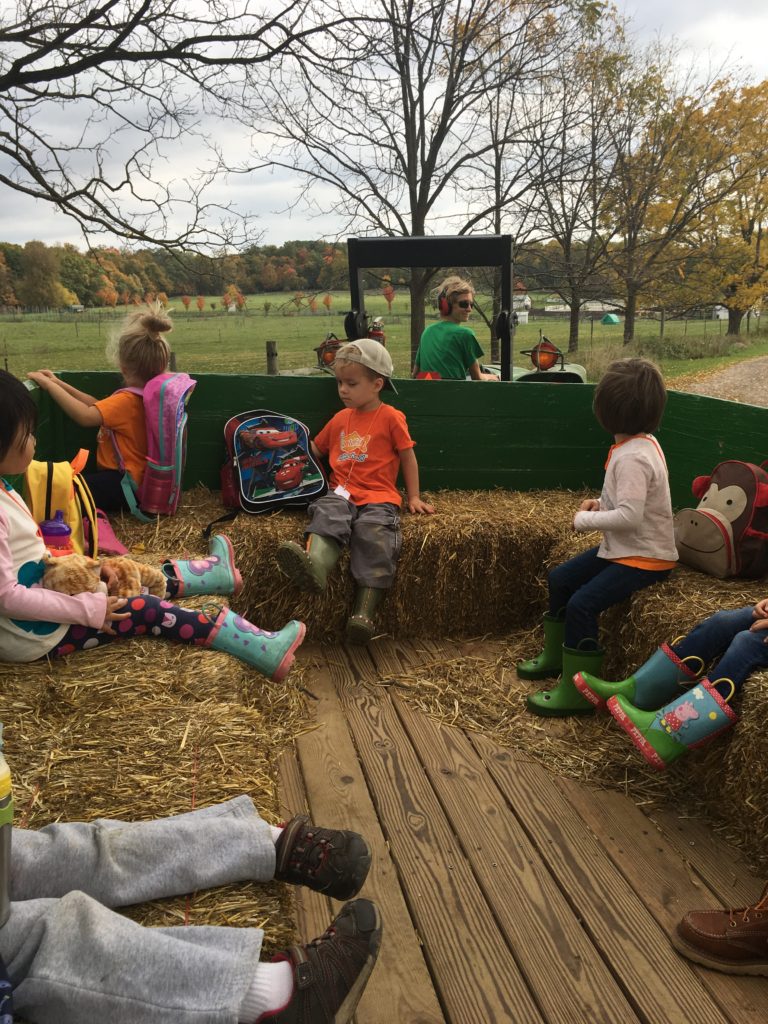 We read Pumpkin Circle by George Levenson to wrap-up our day before saying goodbye. The leaves are changing to brilliant shades of red, yellow, and orange, just in time for our trip into the forest next week! 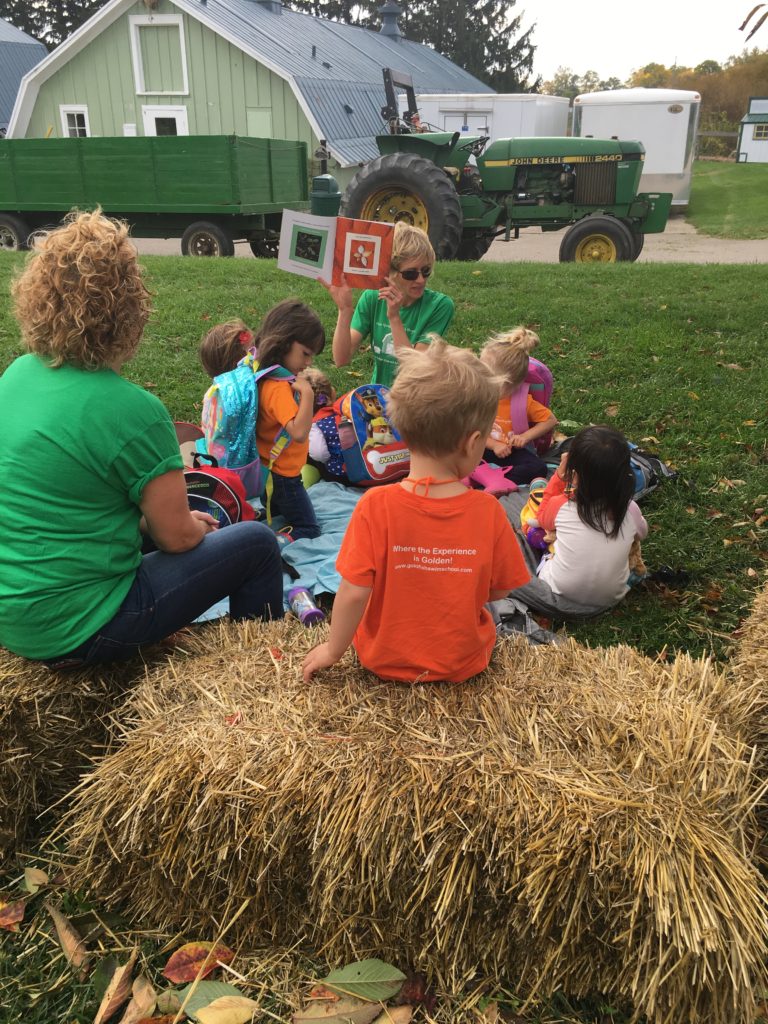 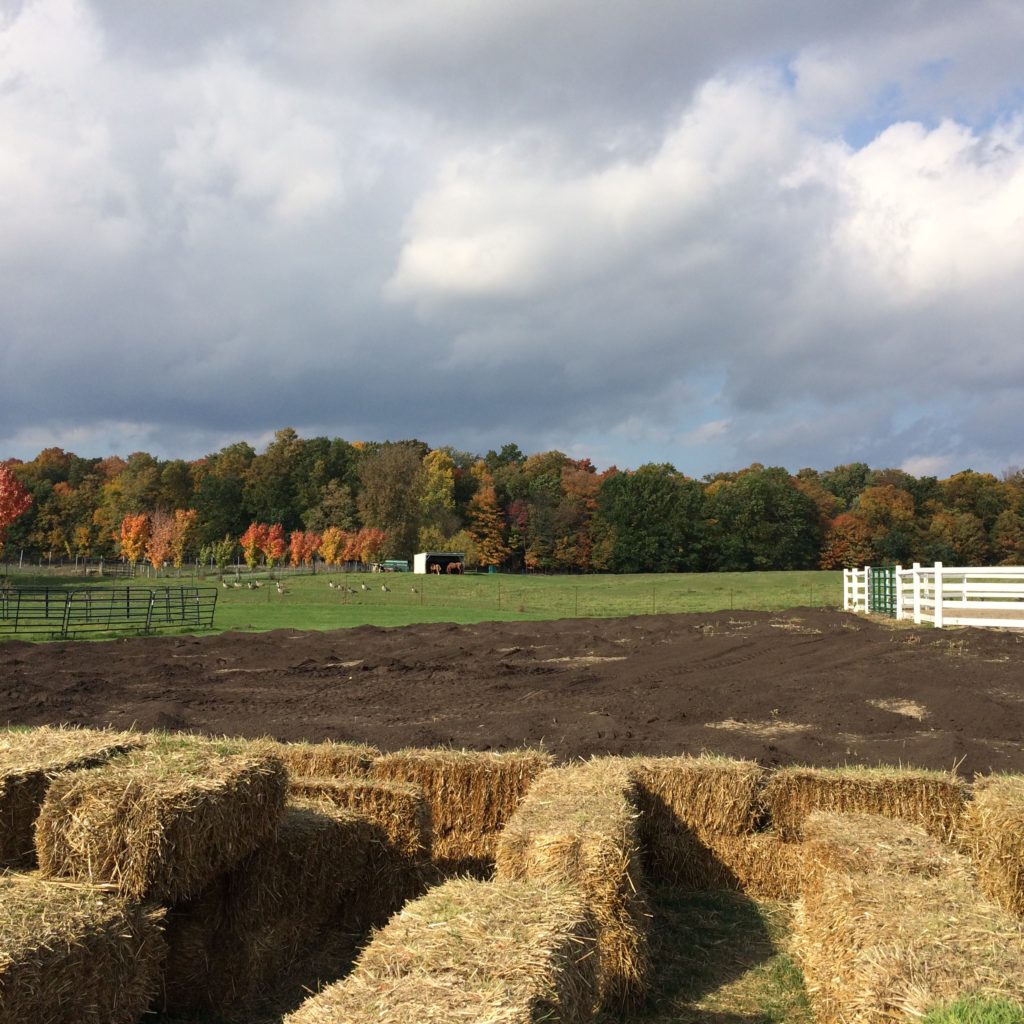 “Every leaf speaks bliss to me, fluttering from the autumn tree.” – Emily Brontë