Posted on 22 August, 2018 by tollgateprogramsmsu

Howdy, everyone! I’m back in action, ready to tell you about all the fun that the campers had at Food Camp today. As you may remember, I am in the process of writing a book about food camp, so I’m observing Tollgate as research.

Today, the campers TOOK ME OUT OF MY TANK! I got to meet some peppers face-to-face, which was nice. I was a little nervous at first, but I realized that the campers are just curious about me just like I’m curious about them! After that realization, I started to really enjoy myself. 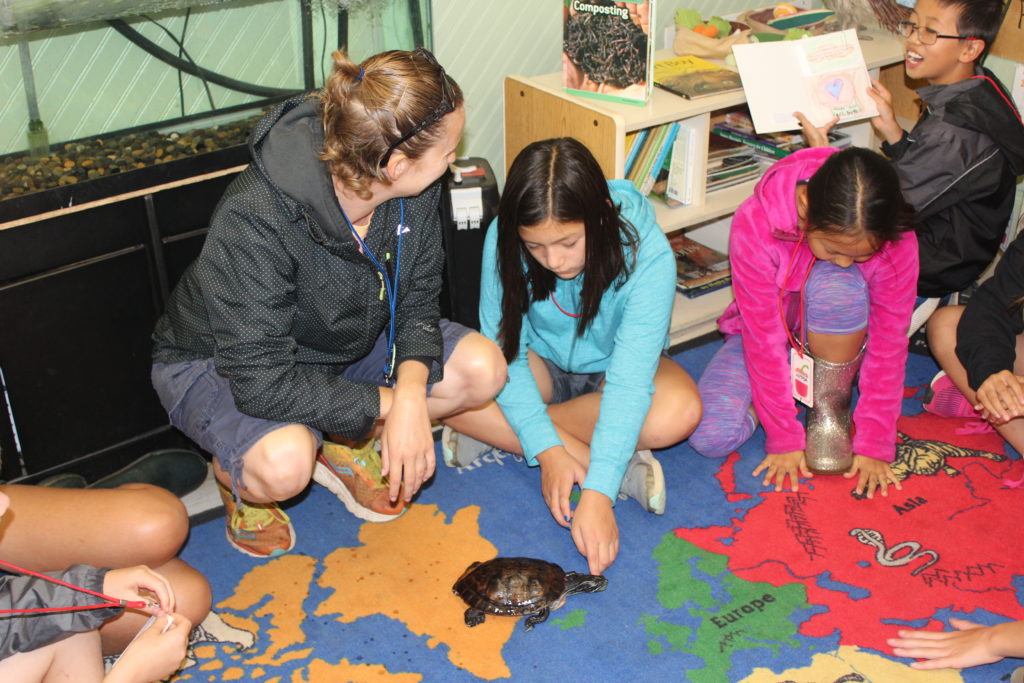 A turtle of the people

Another day at camp, another day of animal chores! Peppers are truly getting the hang of what each animal needs and how best to care for all of the species that live here at Tollgate. Including me! Many campers have taken an interest in feeding me lately, and I’m not complaining. 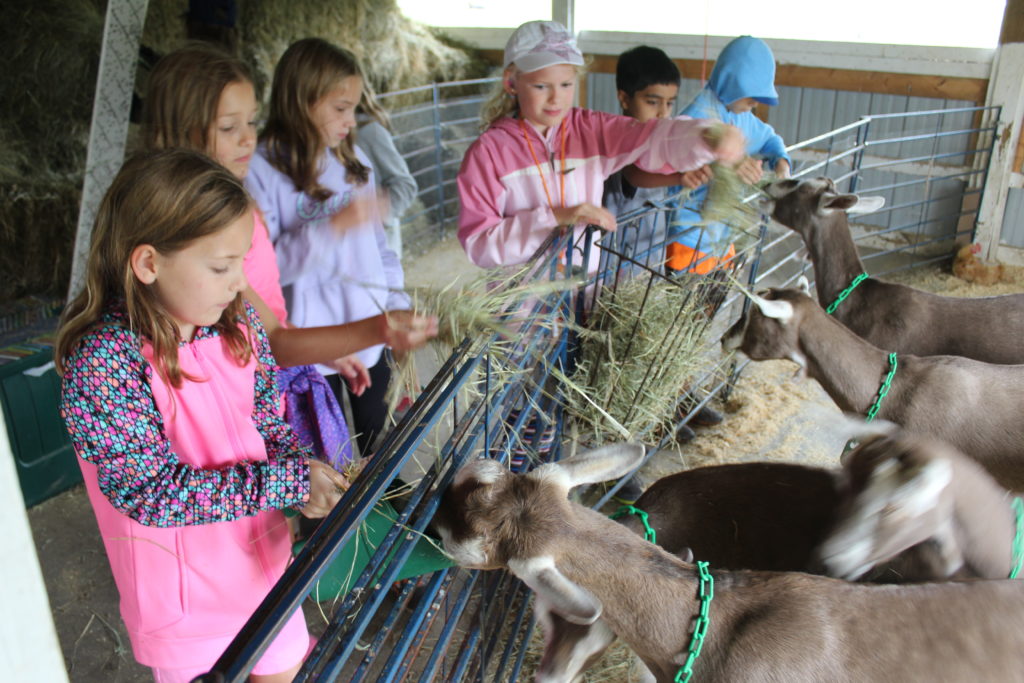 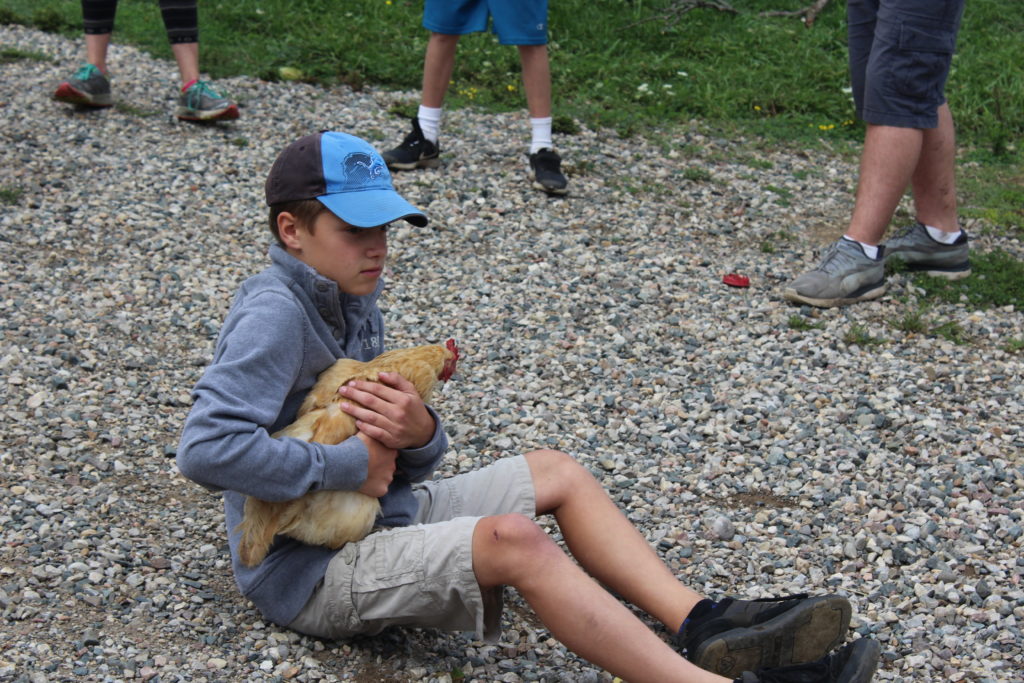 Just chillin’ with a chicken on this chilly morning 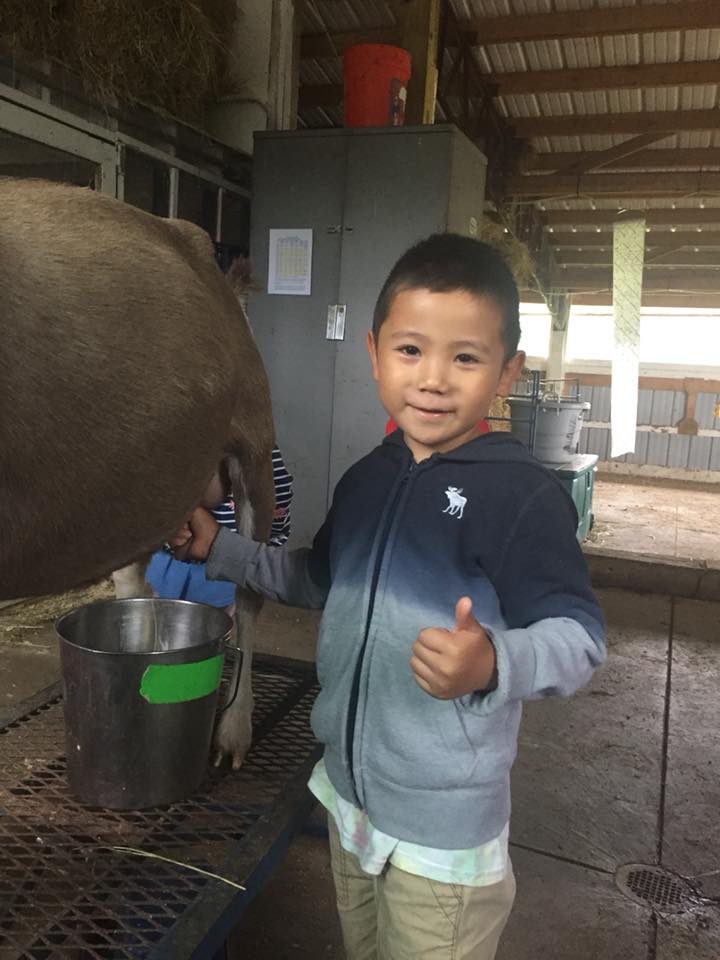 Thumbs up for goat milking

Another frequent favorite? Garden time! Today, campers got to pick raspberries from the Edu-Garden and eat them fresh from the bush. They also talked about which fruits and veggies are ripe at what time of the year. August is great for cucumbers and zucchinis! 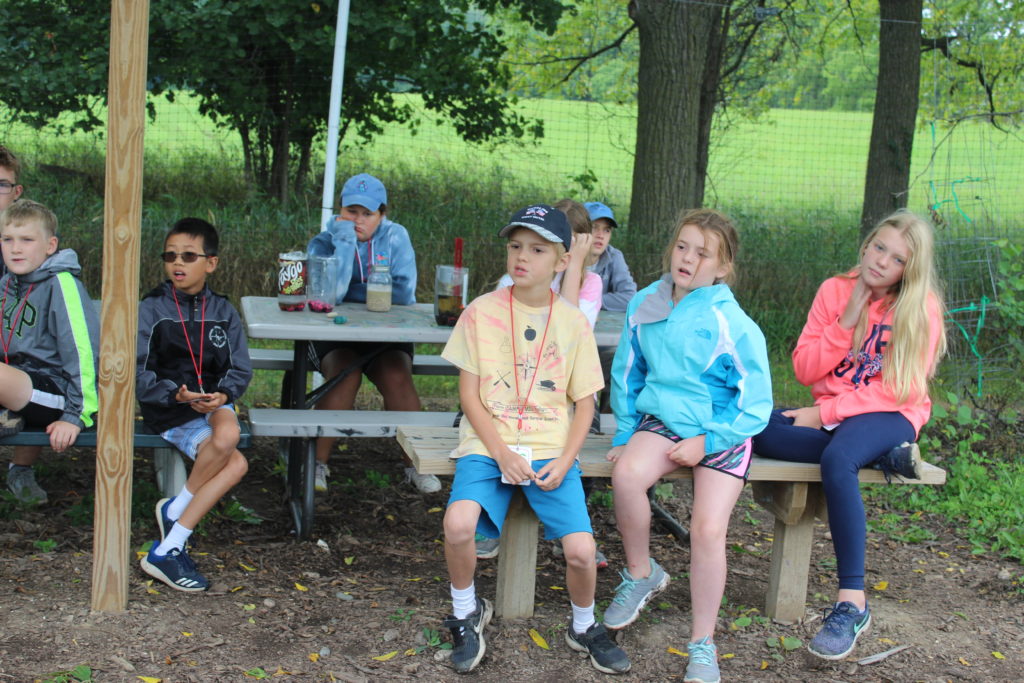 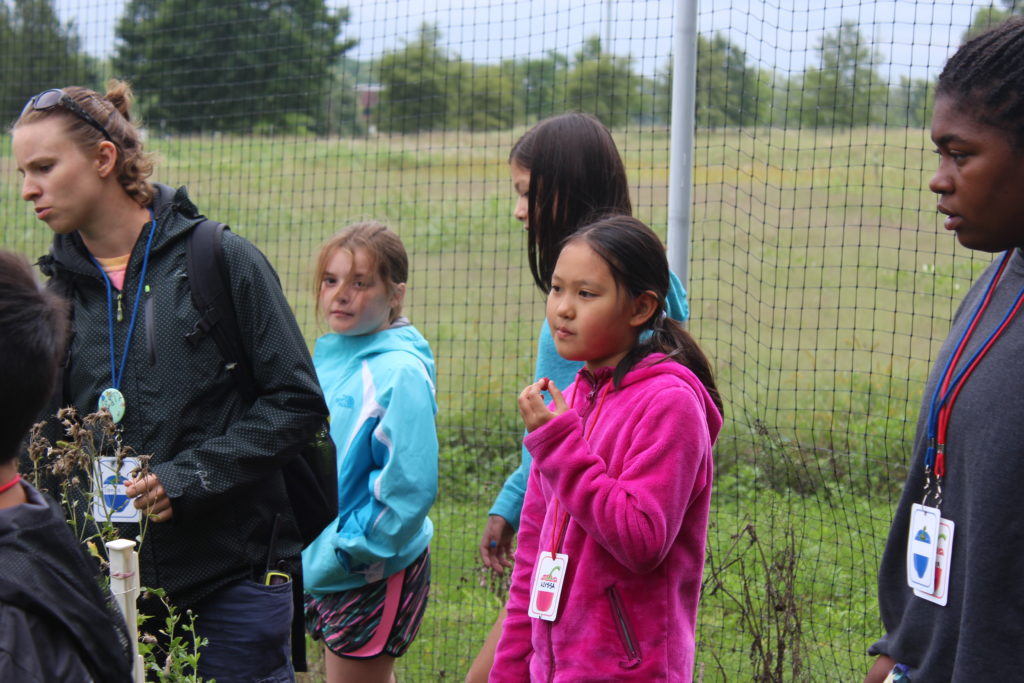 There’s so much to look at in the garden 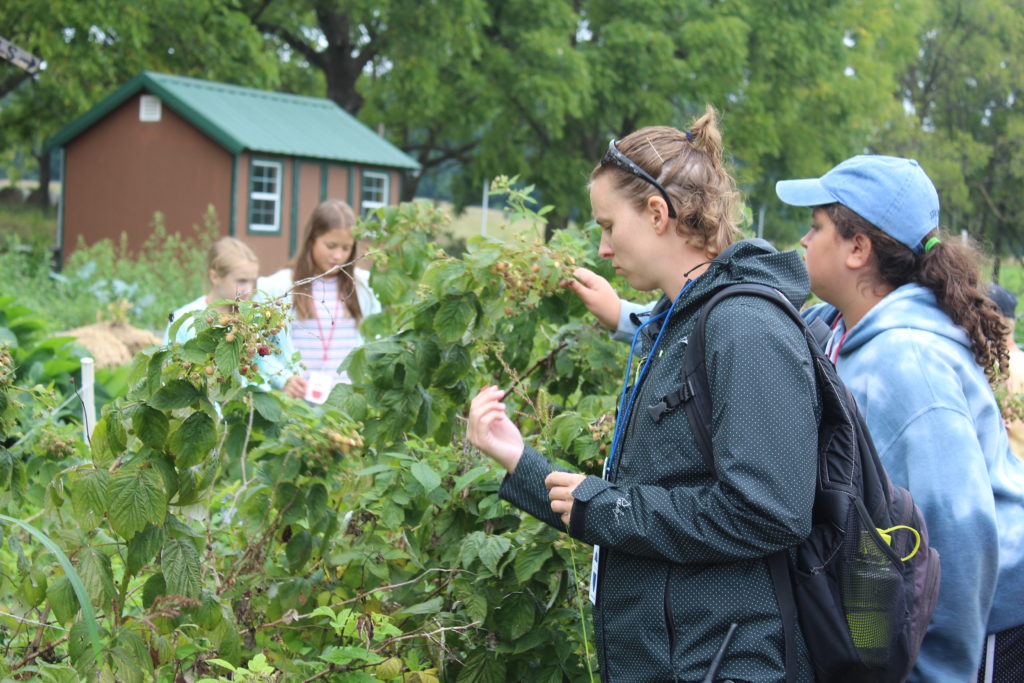 Nothing beats a raspberry straight from the bush!

And for the third morning activity, campers got to go on a hike. They were looking at different kinds of seeds, and how various plants reproduce. Along the way, they met some frog friends. . . 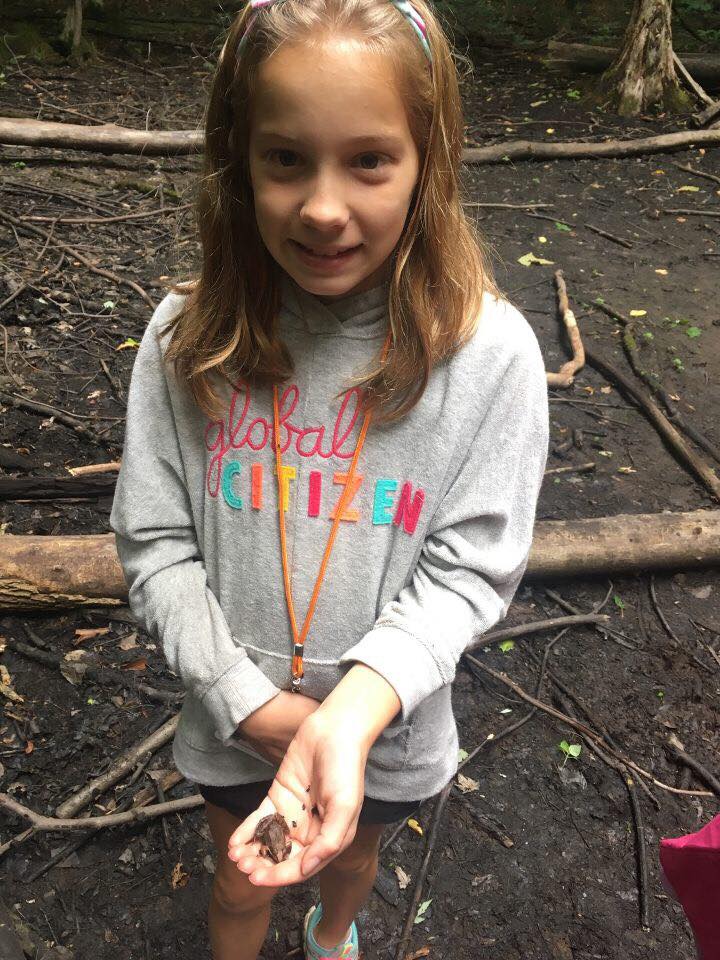 Frog friend in the forest 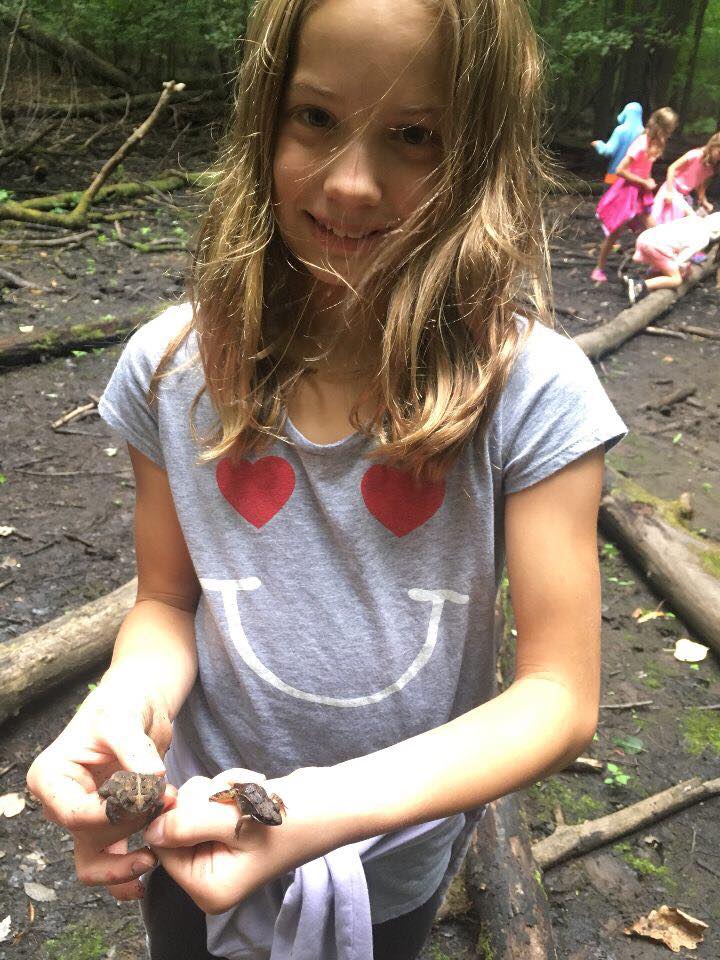 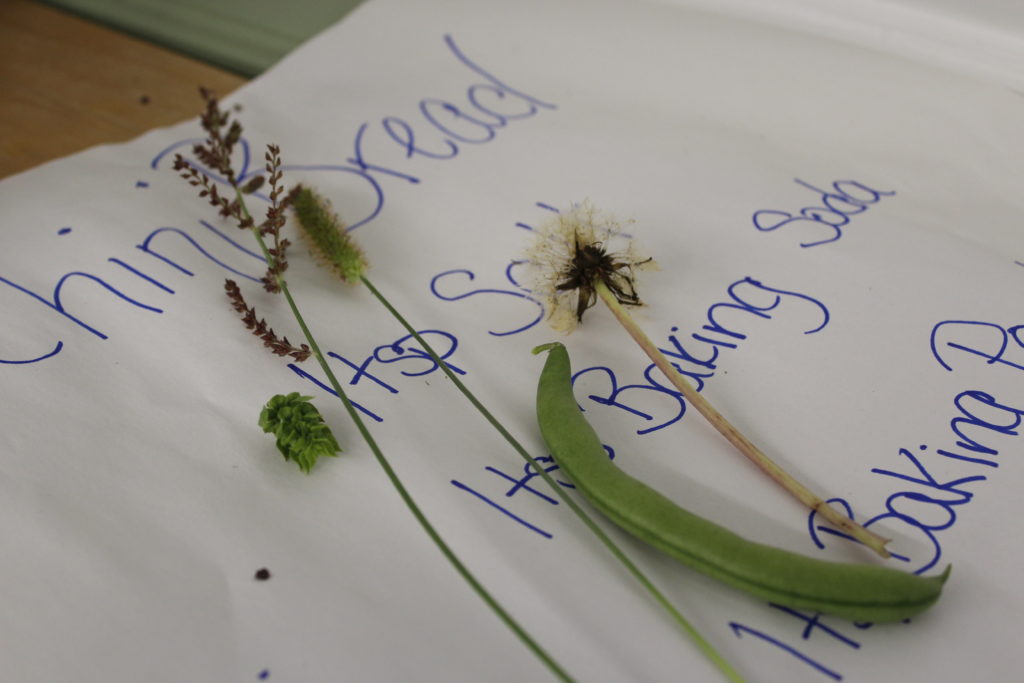 After a quick break for some much-needed lunch, the peppers were back at it with some more talk about seeds! They had a quick conversation about the different kinds of seeds, and then the campers got to invent different ways to make the seeds travel. We have some inventive peppers! 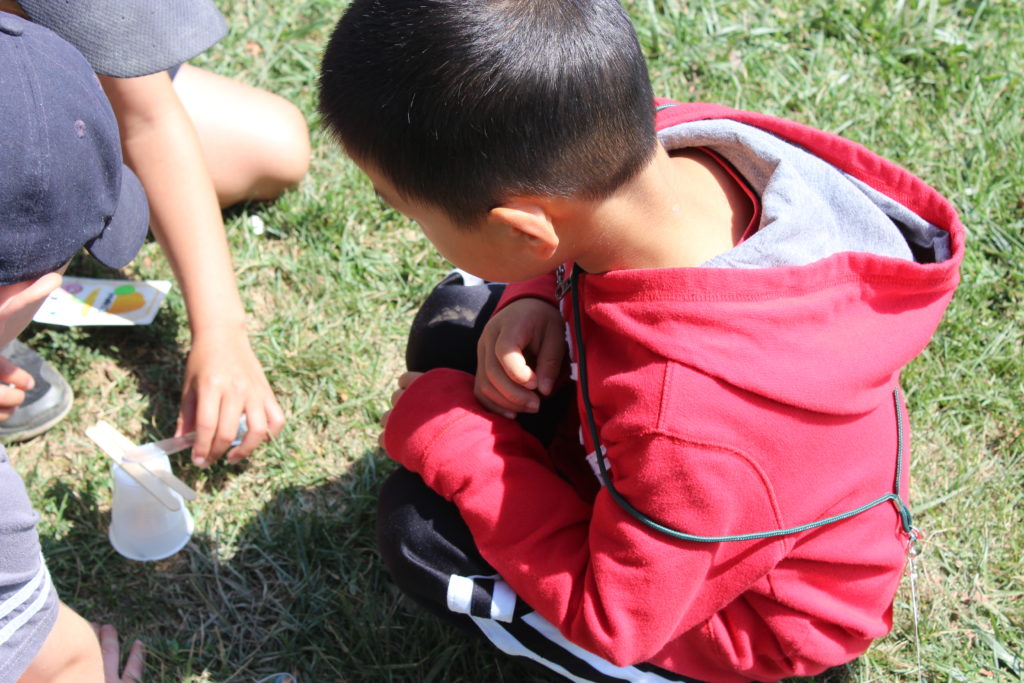 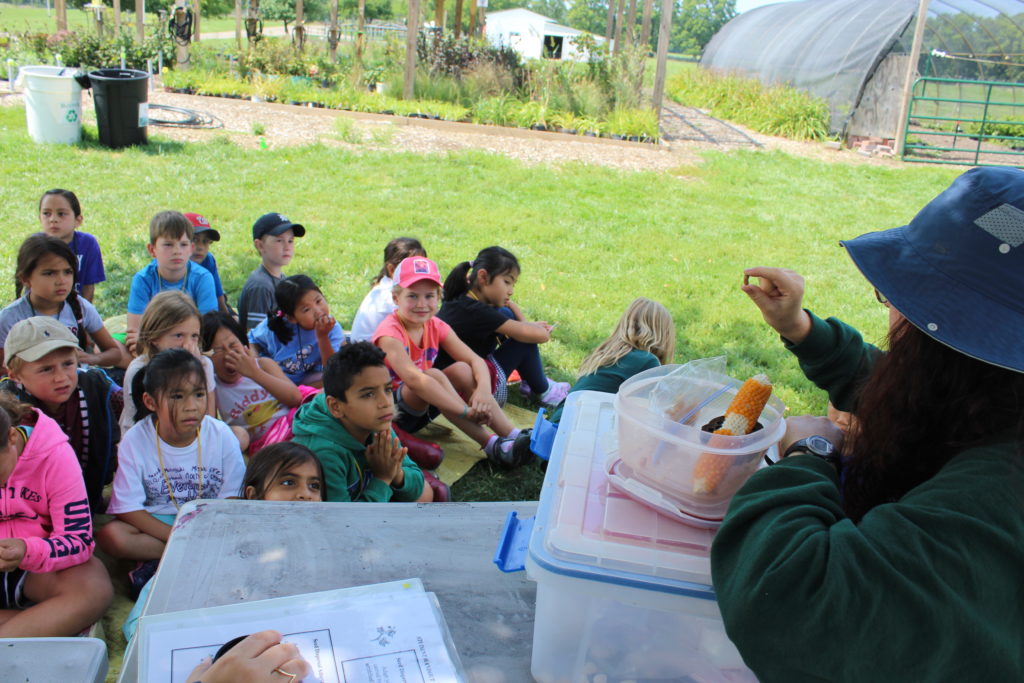 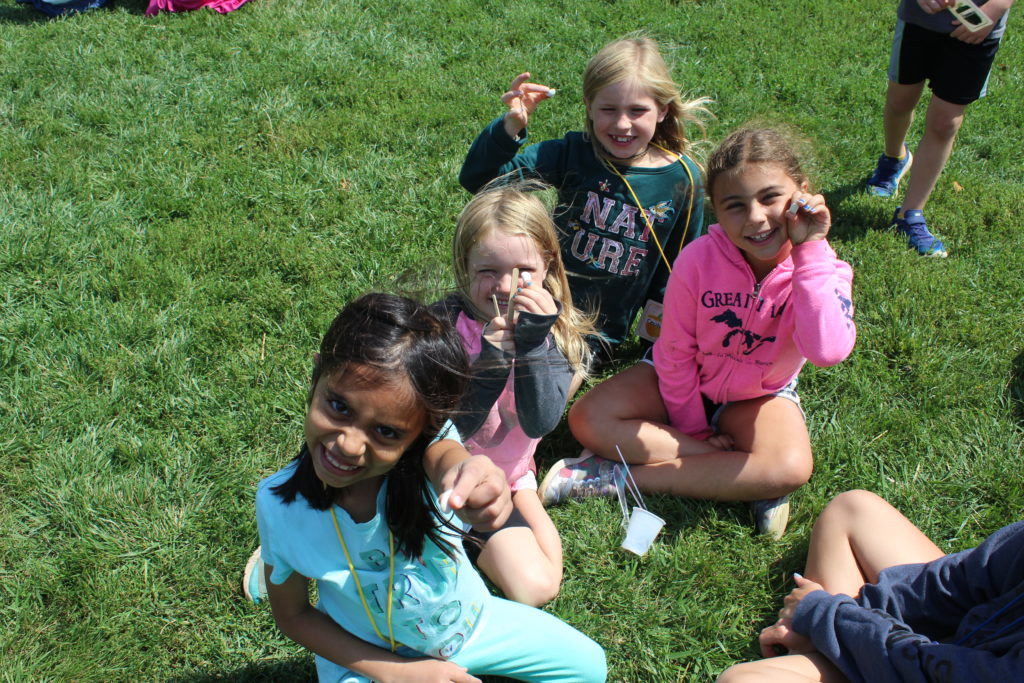 Then, the campers got to continue to work on their farm stand projects. Some groups designed posters for their stand while others started the first step of their recipes. I sure am excited to see all the final dishes! 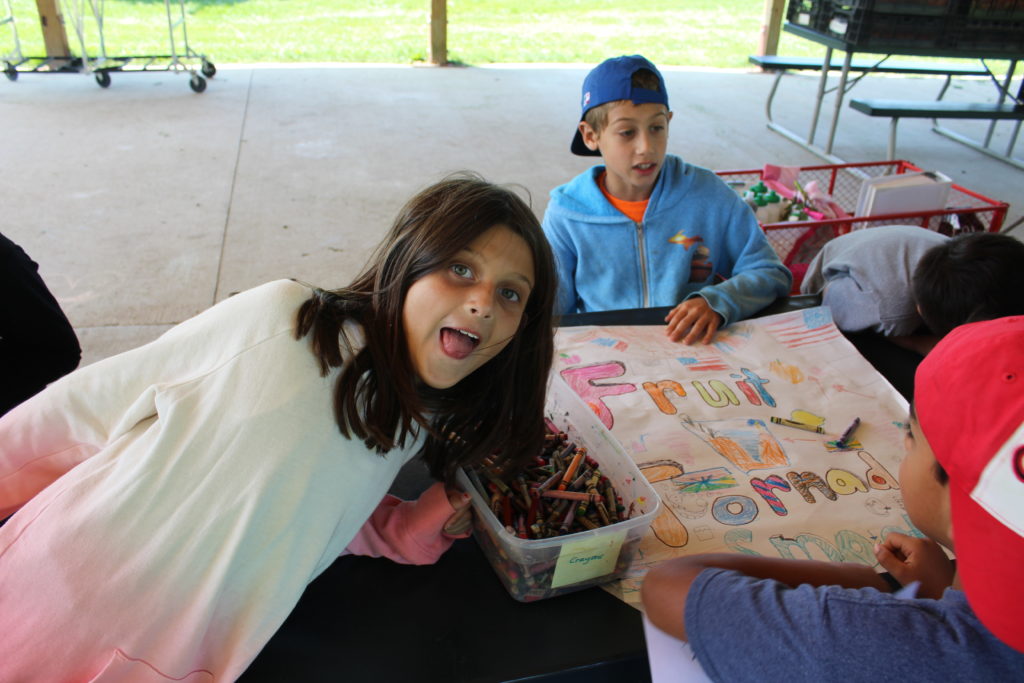 So much farm stand excitement 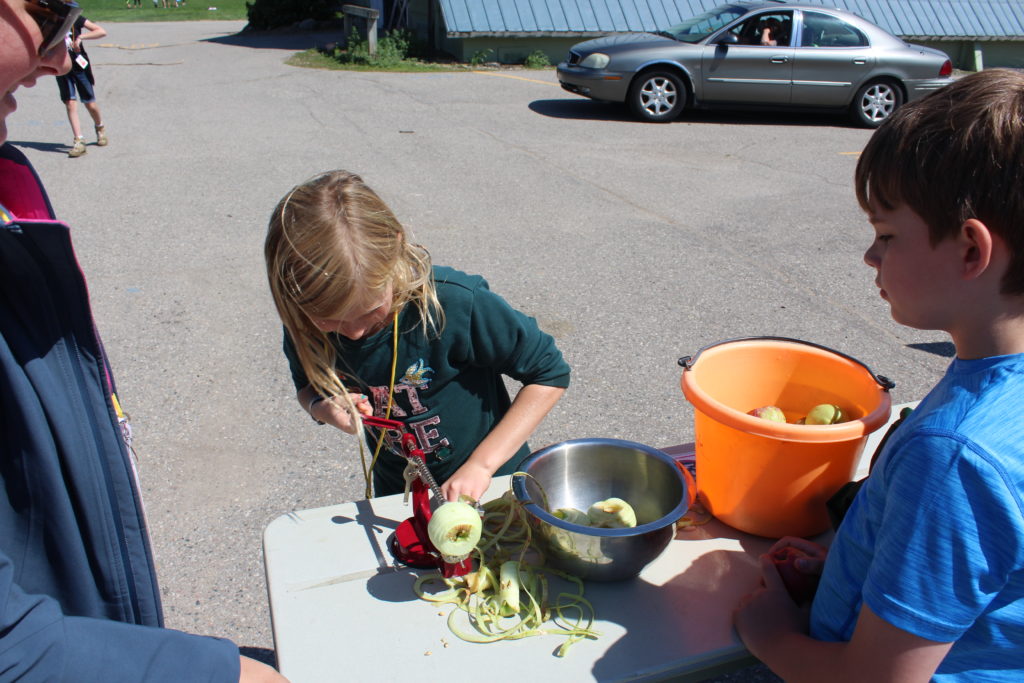 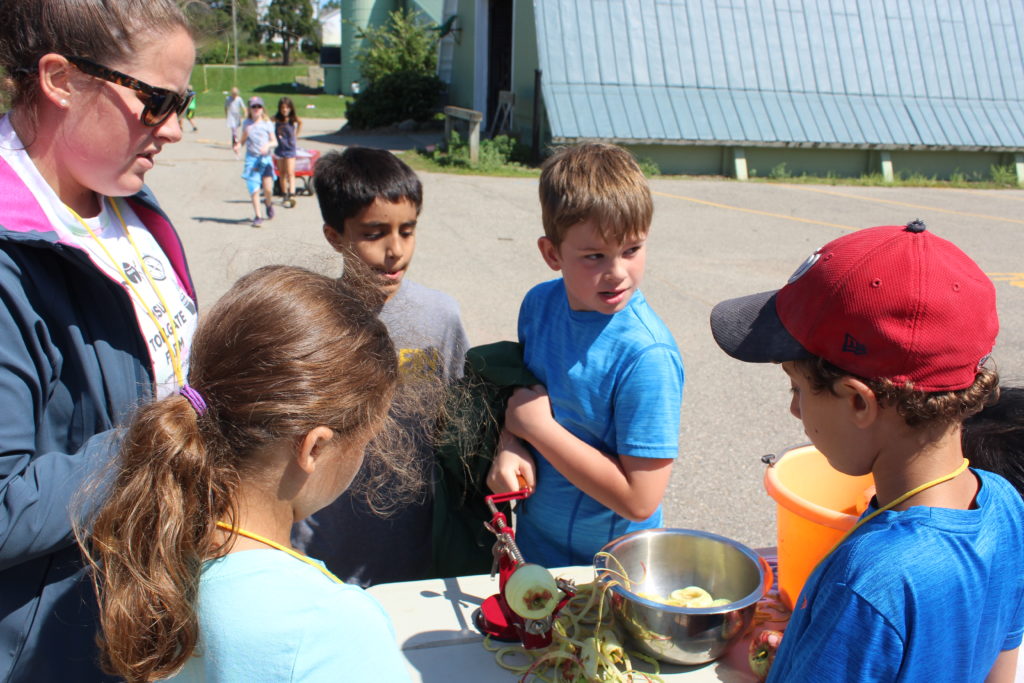 Apples straight from the Tollgate trees! 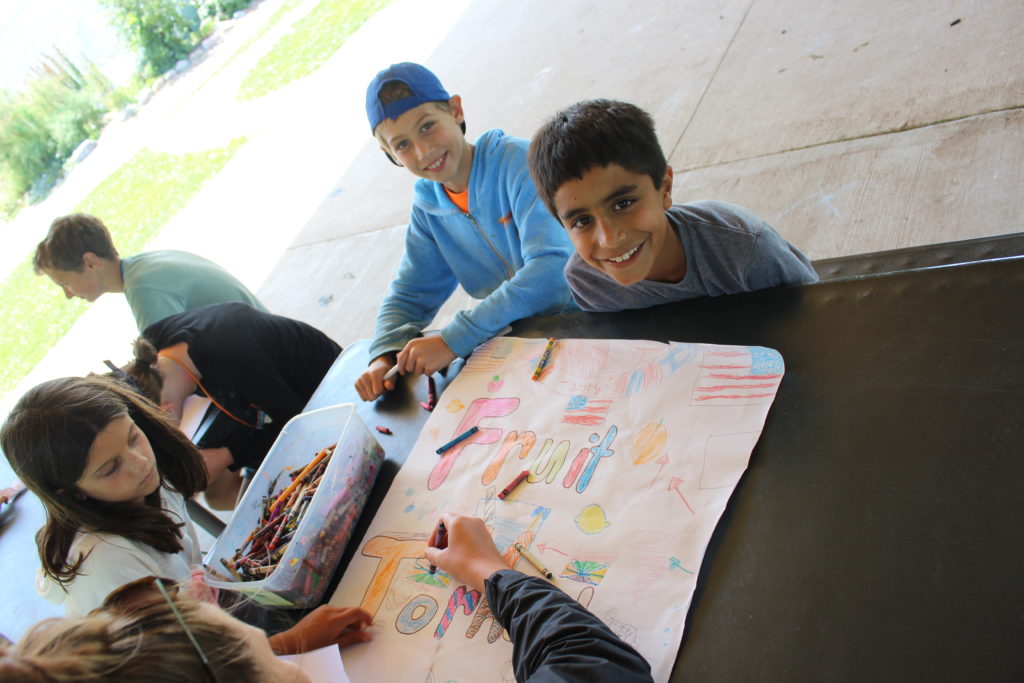 After that, I thought I smelled the unmistakable scent of popcorn, so I followed by nose to the lower barn. As it turns out, the peppers were doing an activity where they guessed how much space 100 popped popcorn kernels would take up as compared to 100 un-popped kernels. And if you don’t think the campers ate the popcorn when they were done, you don’t know them very well. 🙂 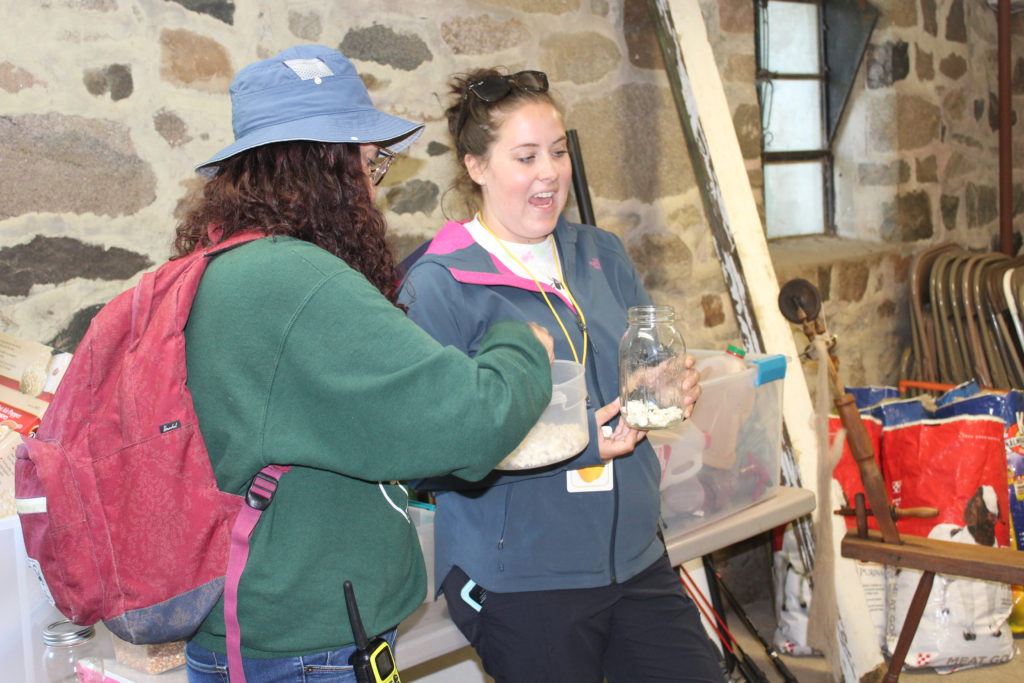 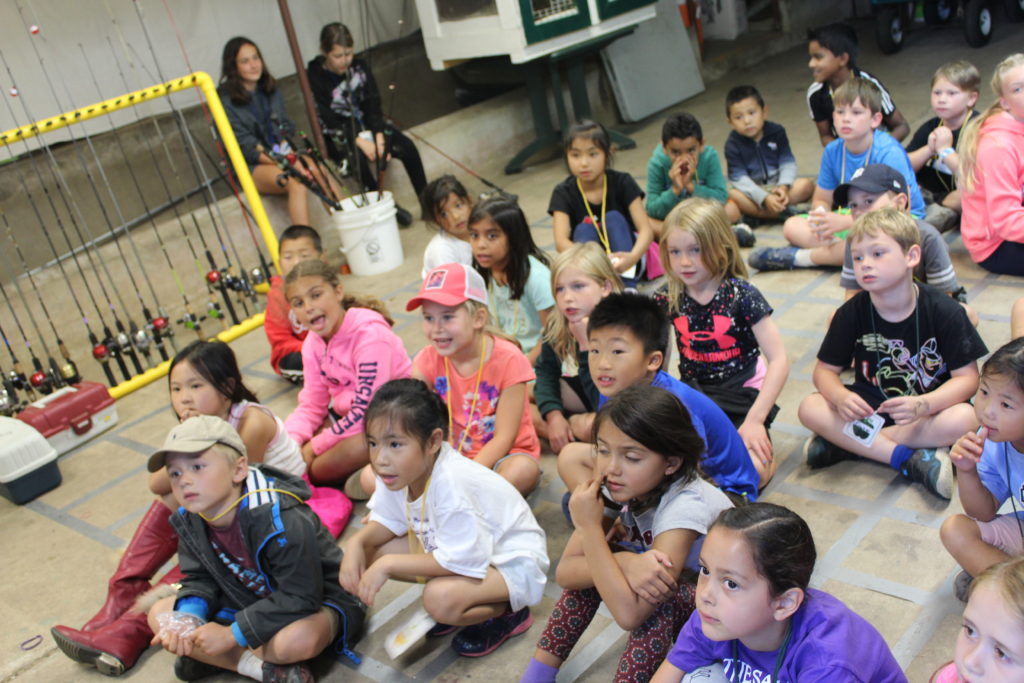 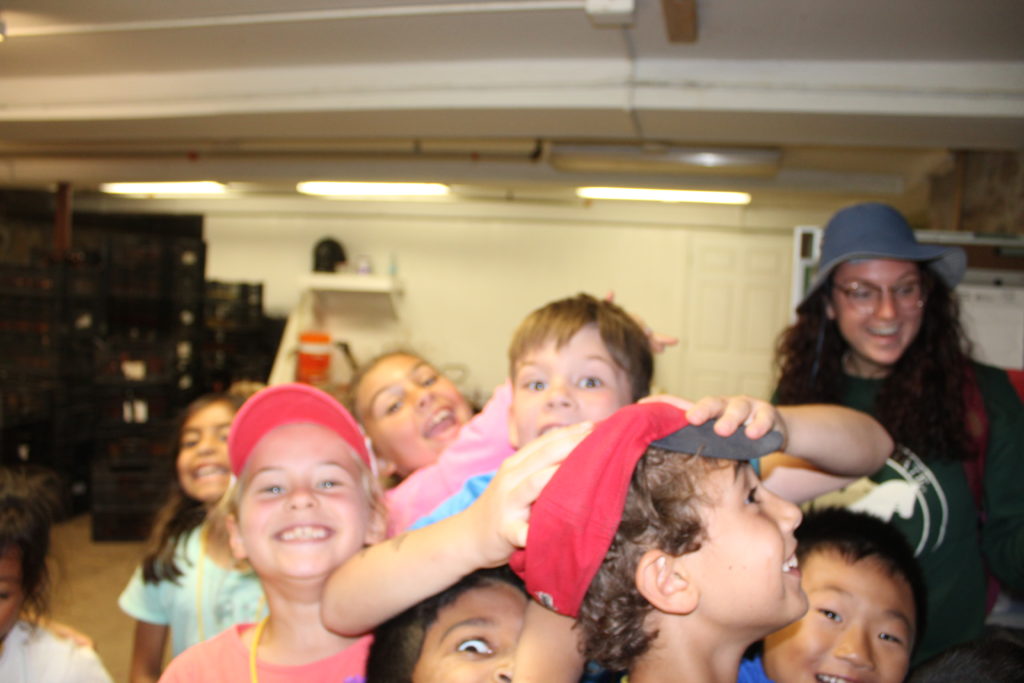 General chaos ensued during the popping of the popcorn

But popcorn was NOT the afternoon snack. Campers still had two great Garden Kitchen sessions: a Tollgate favorite and a brand new treat. Check them both out below: 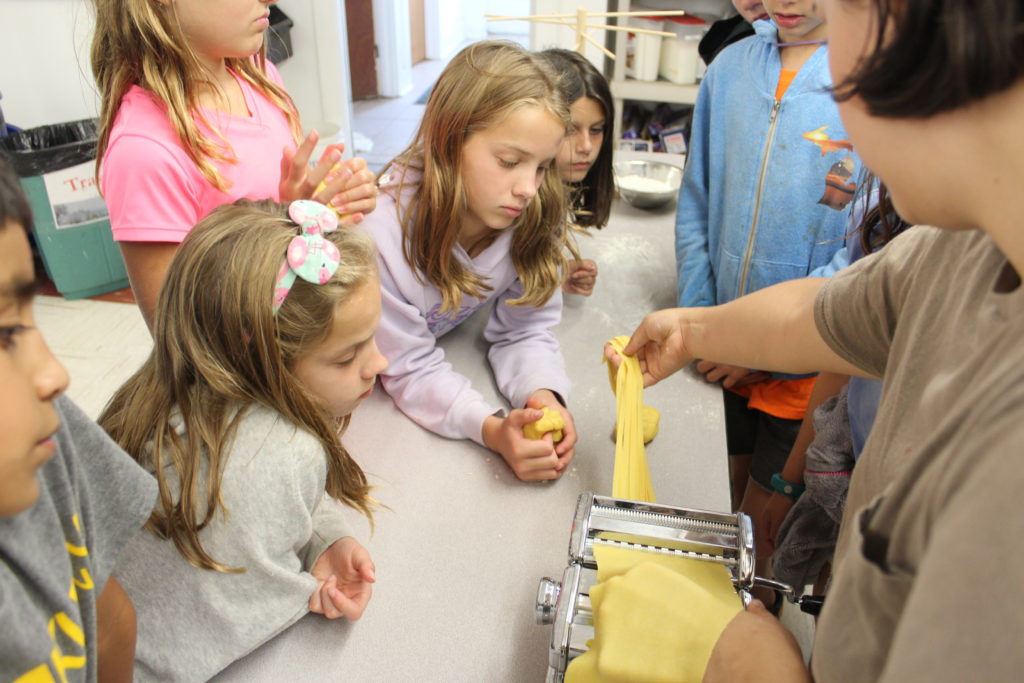 The pasta machine is mesmerizing 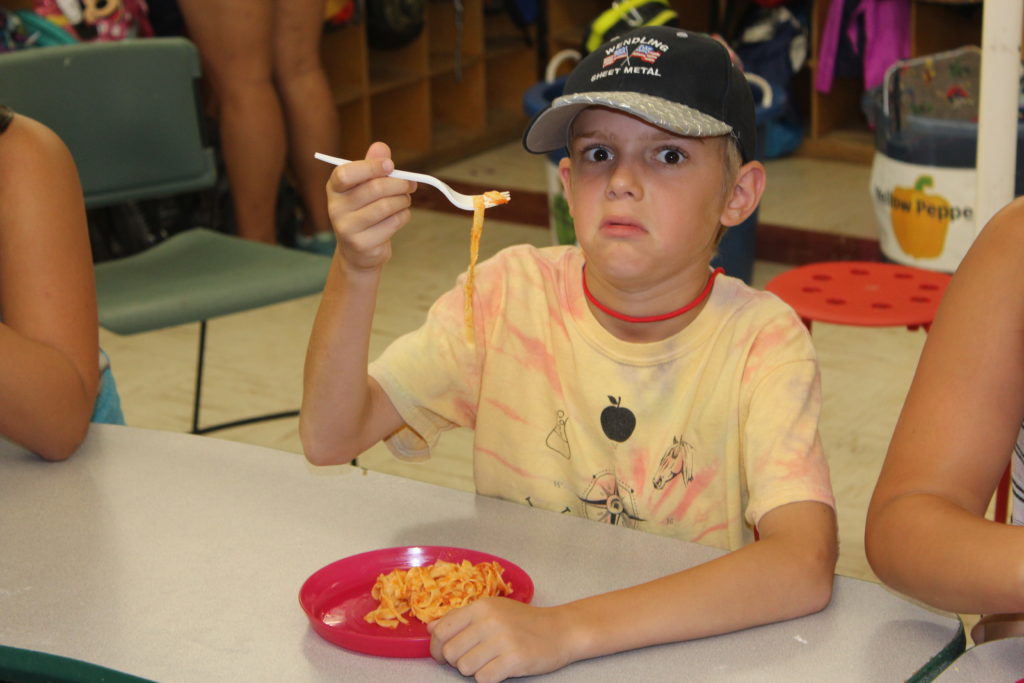 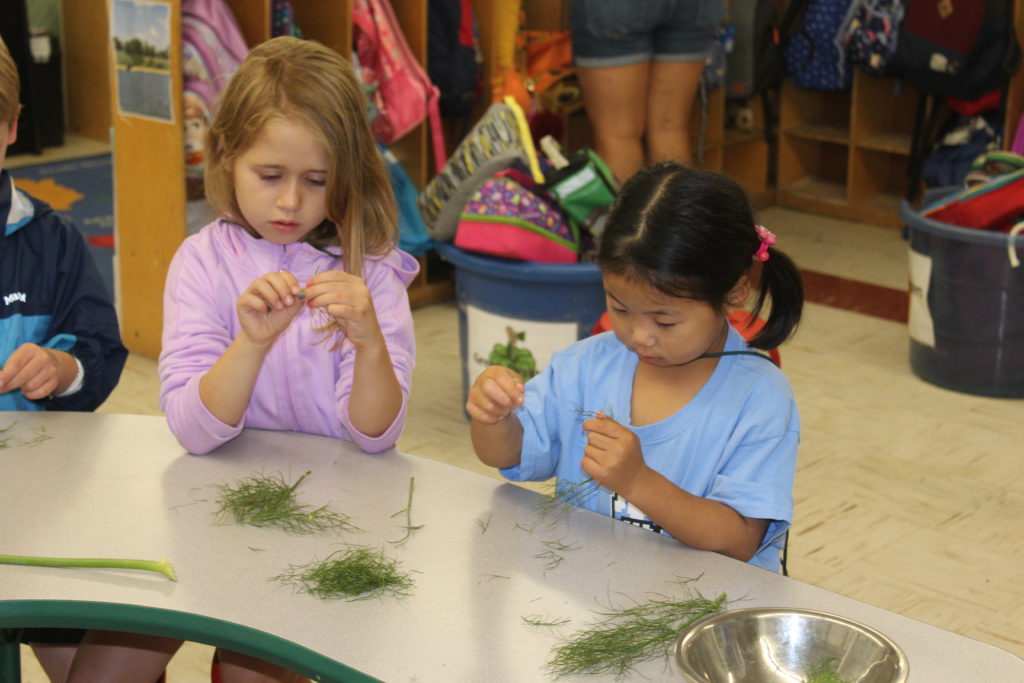 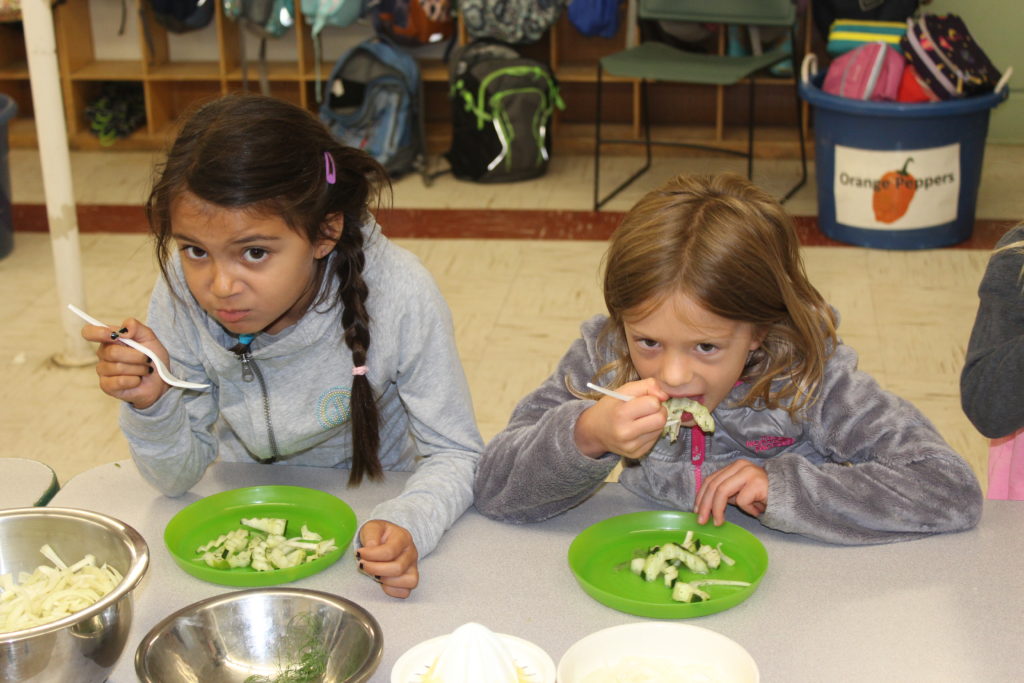 Have YOU tried the cucumber fennel salad yet? 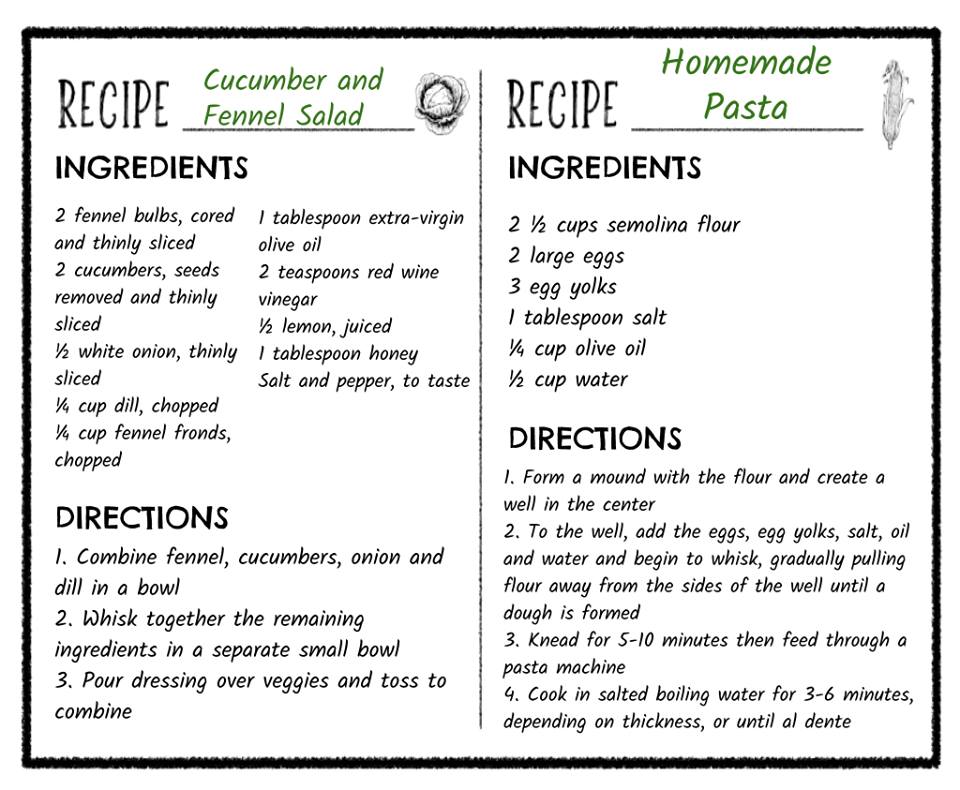 Pasta may have been the number one favorite so far! Try it at home! 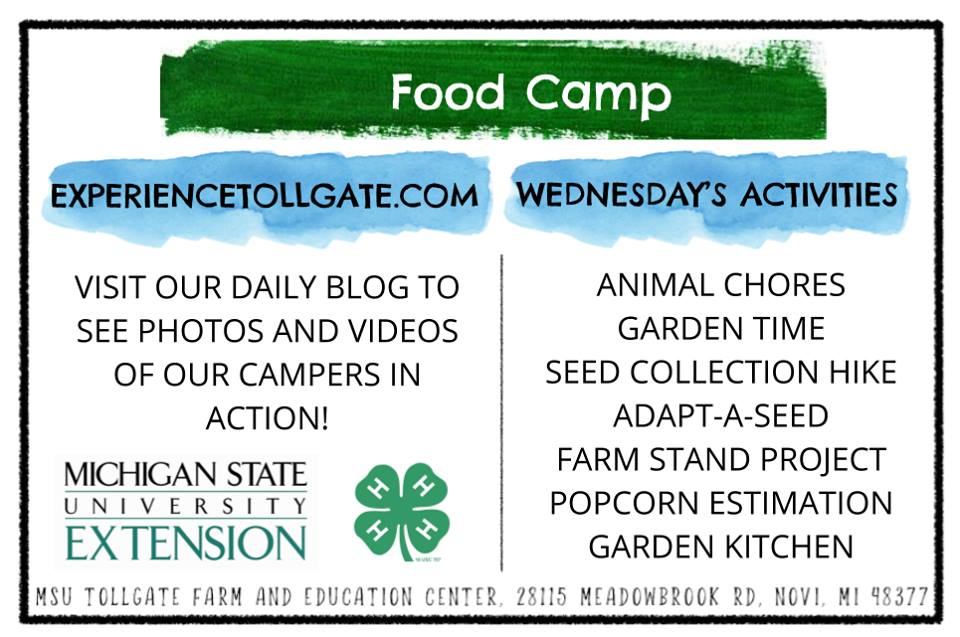 My research binder is really starting to fill up, and I hope you’re enjoying my breakdown of food camp so far. For further evidence of a great time had by all, check out this Google Folder full of pictures from the week. See you tomorrow, friends!