Posted on 27 June, 2018 by tollgateprogramsmsu

Hi everyone! Coltrane here again. Well, I was right. Today was just as fun (if not more fun) than yesterday! It was drizzling out today, but to be honest, I kind of enjoyed dancing in the rain– as much as a turtle can dance.

The day started of with animal chores, which is quickly becoming a camper favorite. 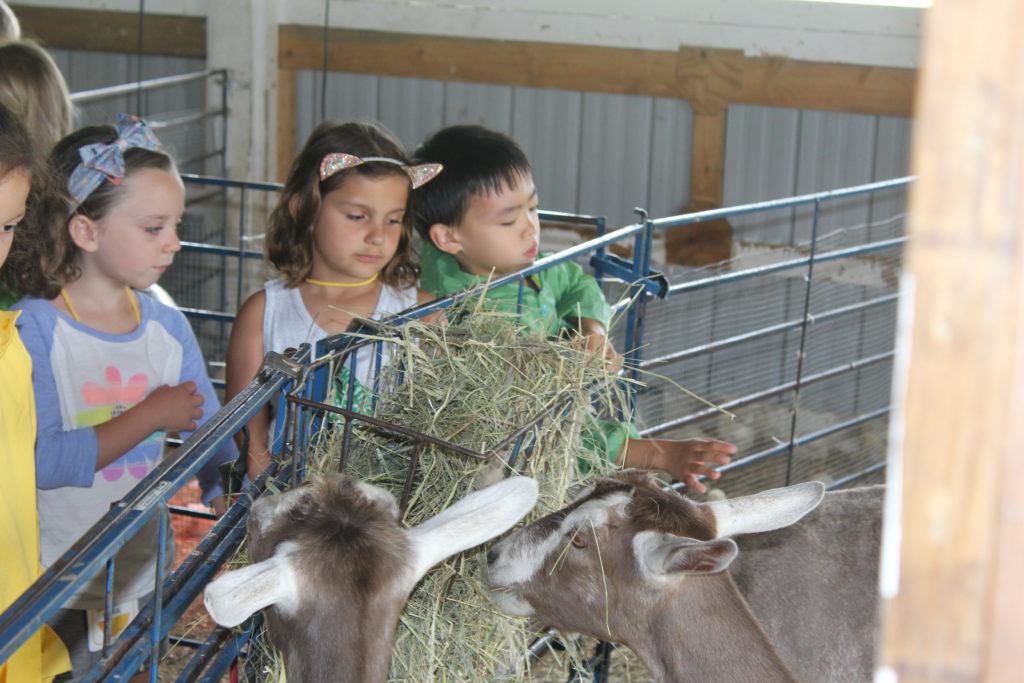 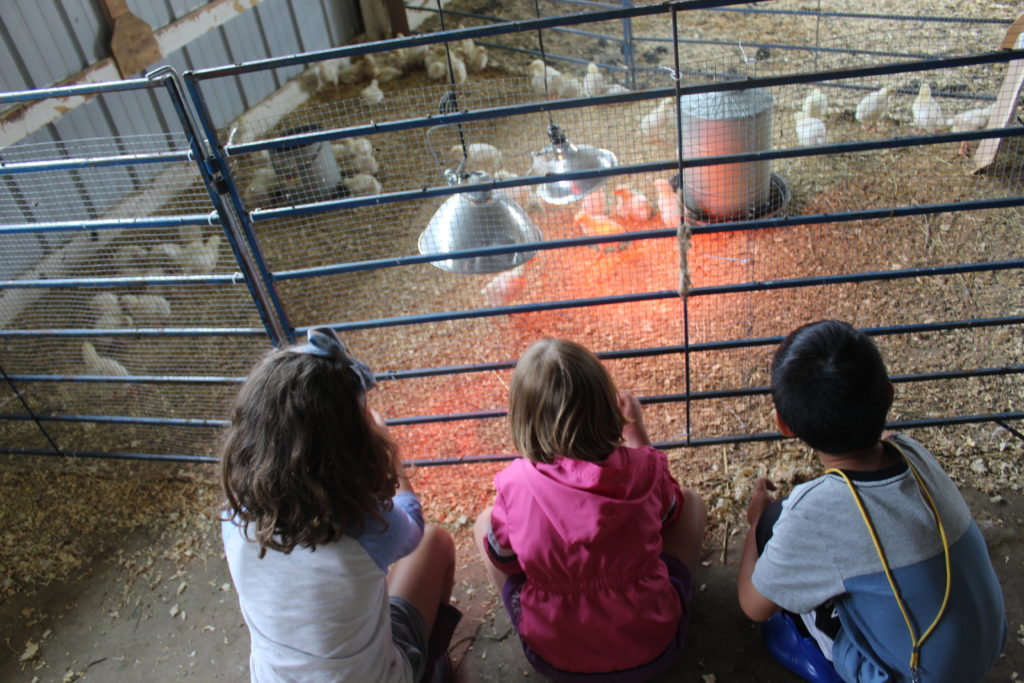 Hanging out with some cool chicks 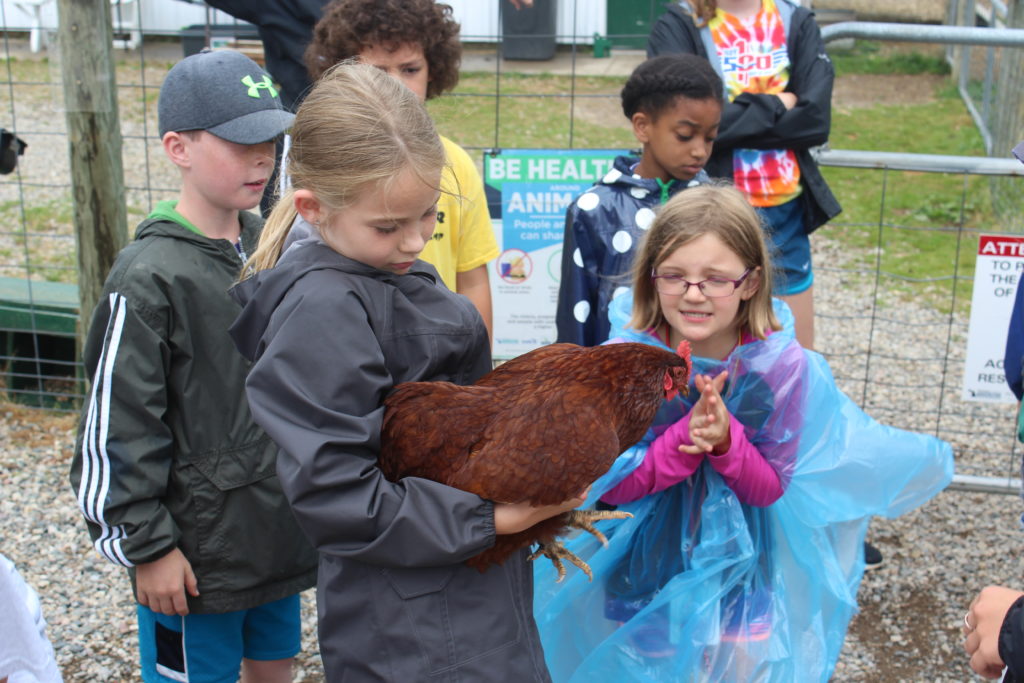 Our campers also got some time to brainstorm and rehearse their skits! I even saw a few campers audition to play the role of Mr. Julian! 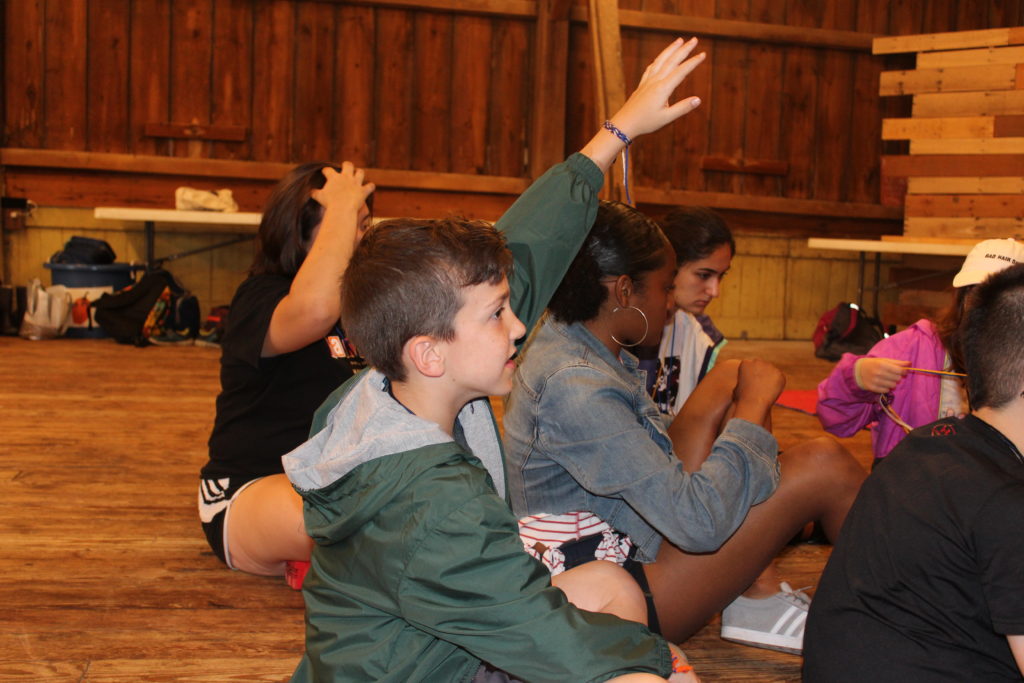 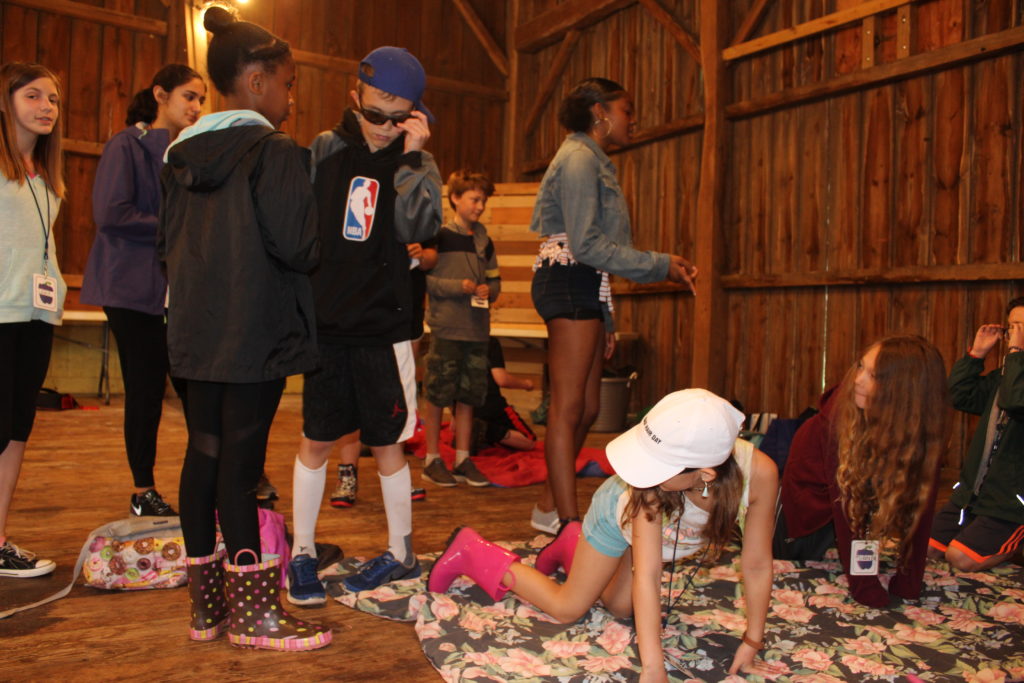 For craft time, the campers got to make binoculars! My sources tell me that they may be using them later in the week. 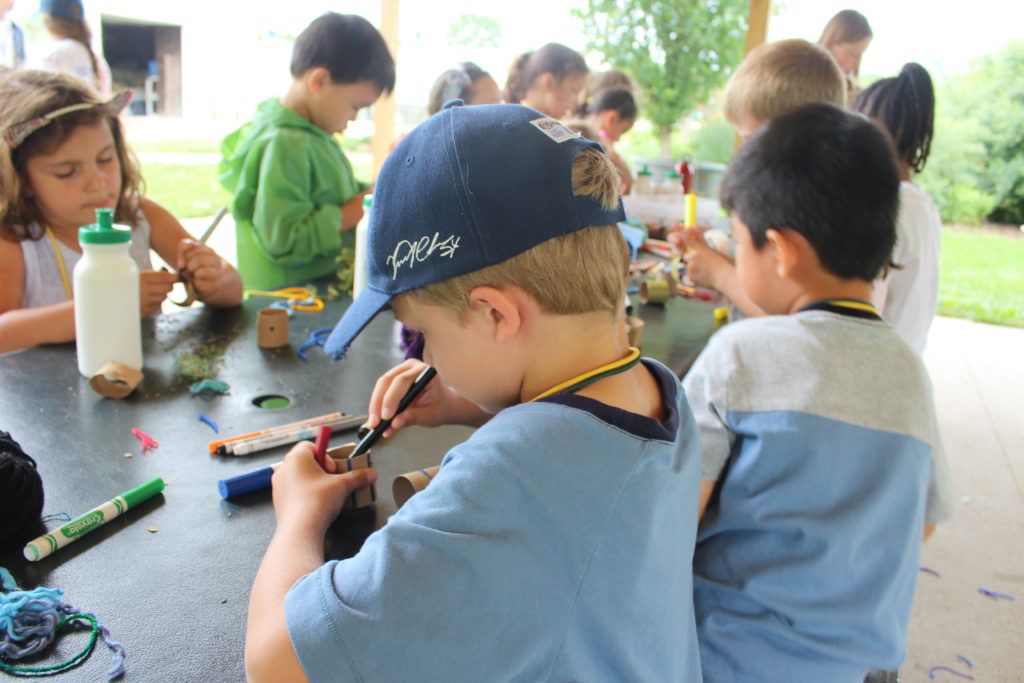 Hard at work decorating the binoculars 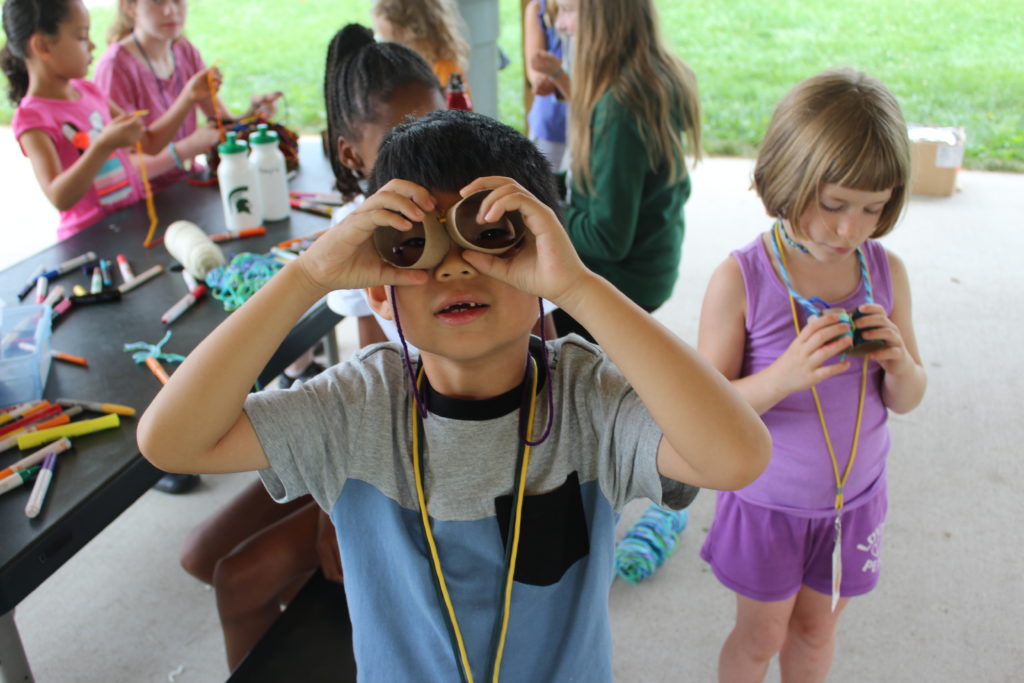 The campers also took a little break from decorating to frolic in the rain! 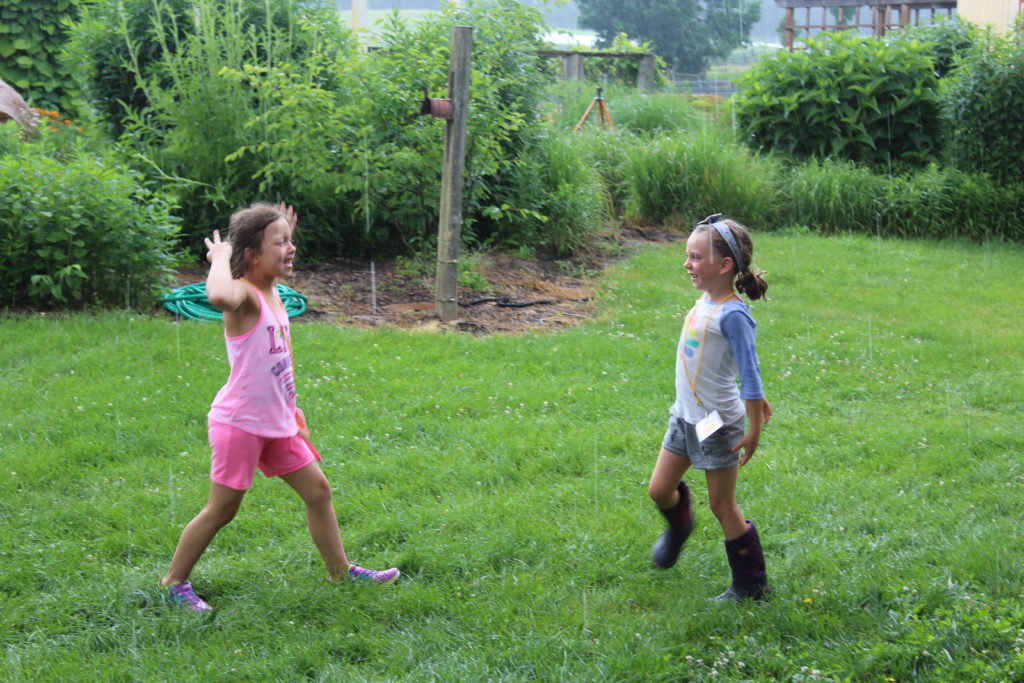 Don’t wait for the storm to pass. Dance in the rain! 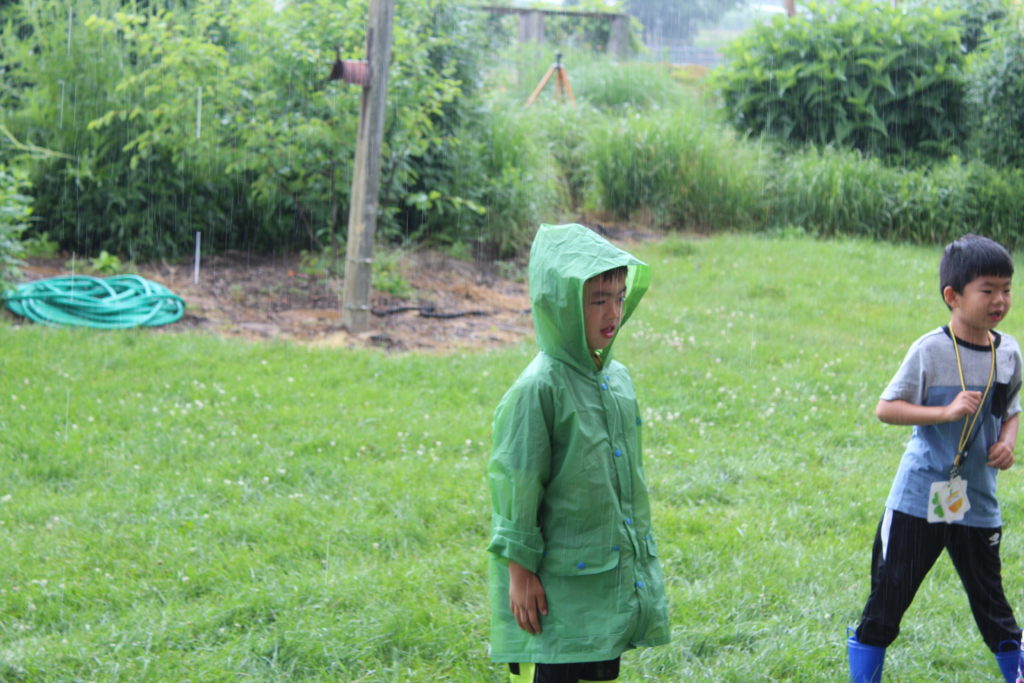 It dried up a bit for lunch, and then everyone was back at it with some fun arts and crafts about seeds! First, there was a seed bomb, which was made of clay, soil, and, of course, seeds! 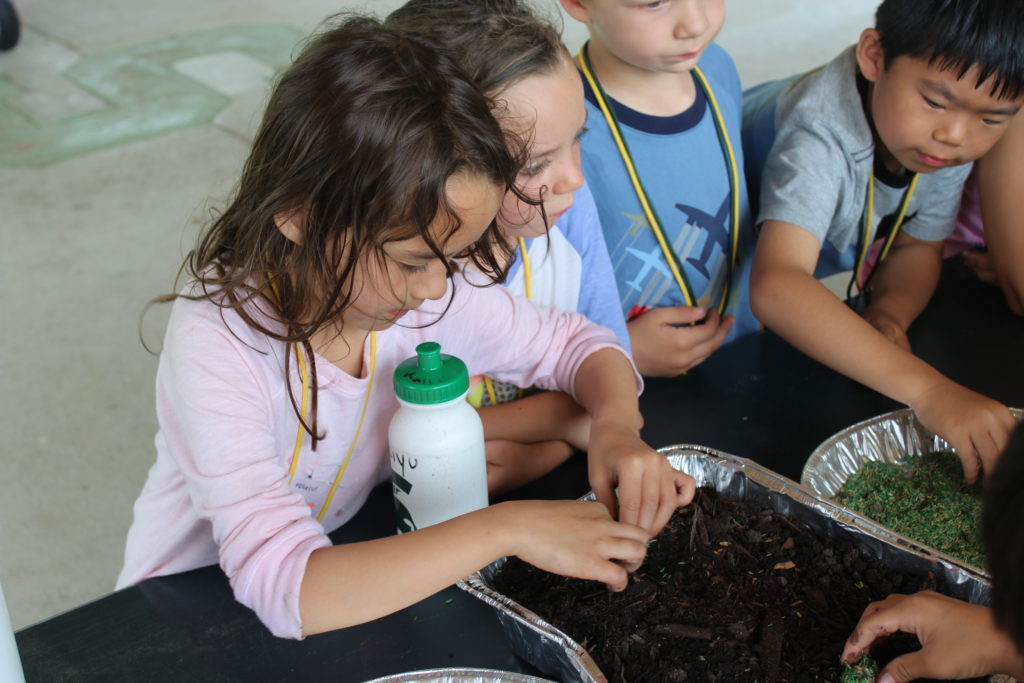 The creation of the seed bomb 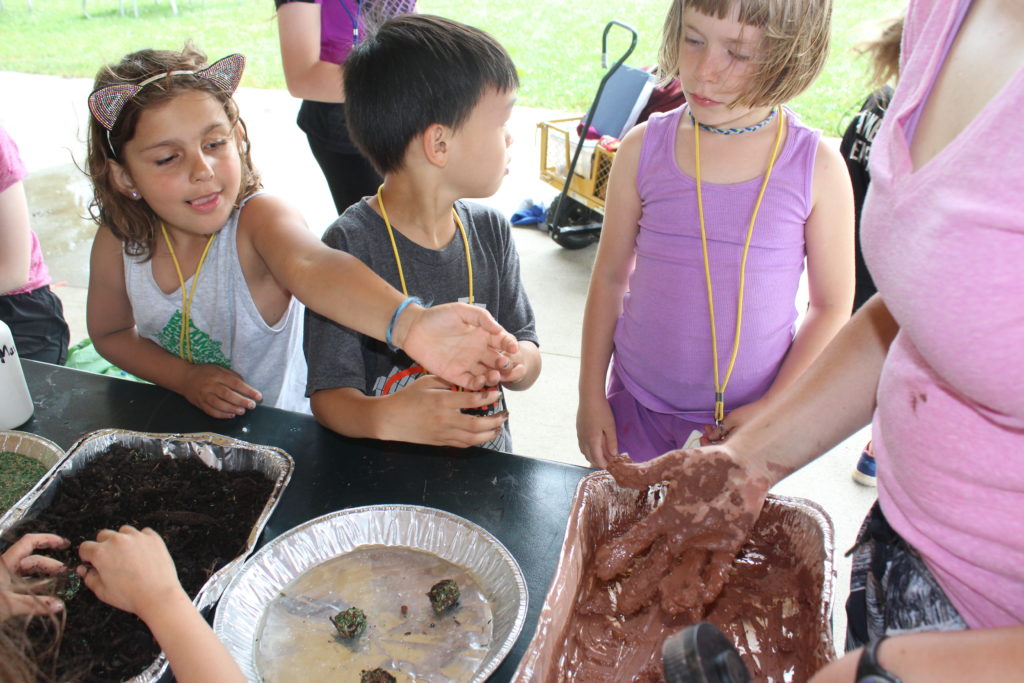 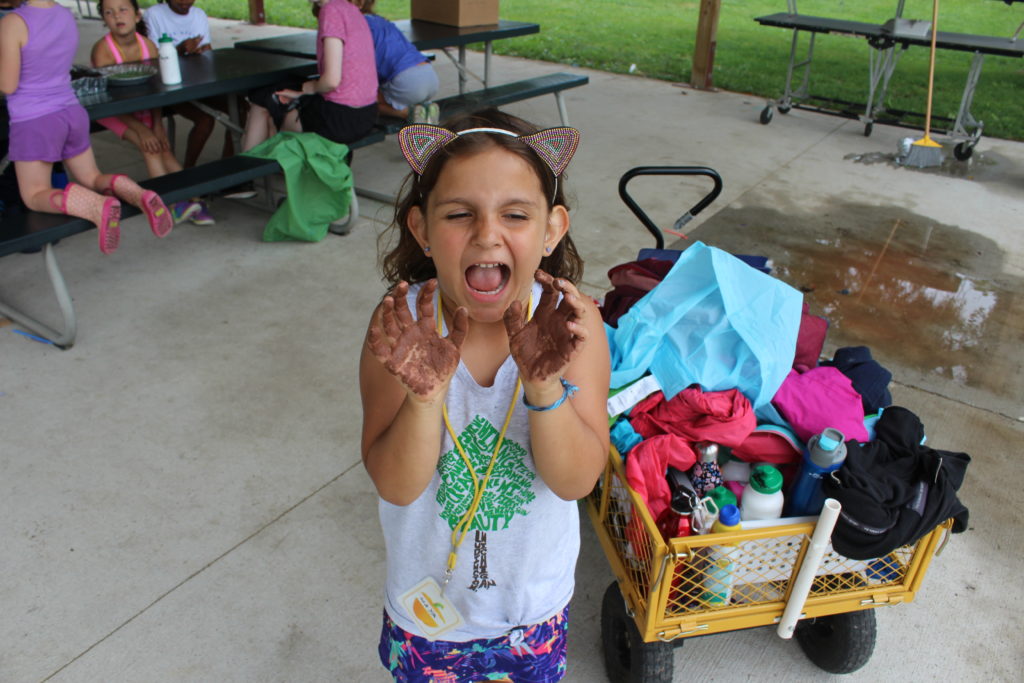 “Show me your hands!”

The next one required quite a bit of creativity: the campers had to make a device that would either float their seeds, allow them to fly in the breeze, or help them attach to an animal’s fur. They came up with some pretty interesting ideas. 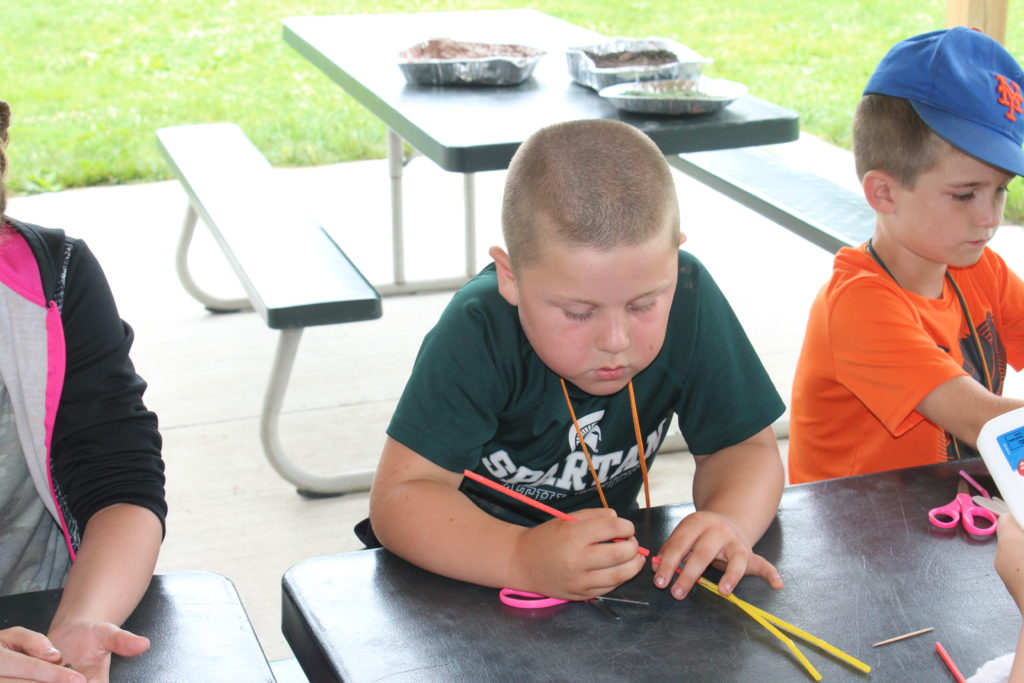 An inventor at work 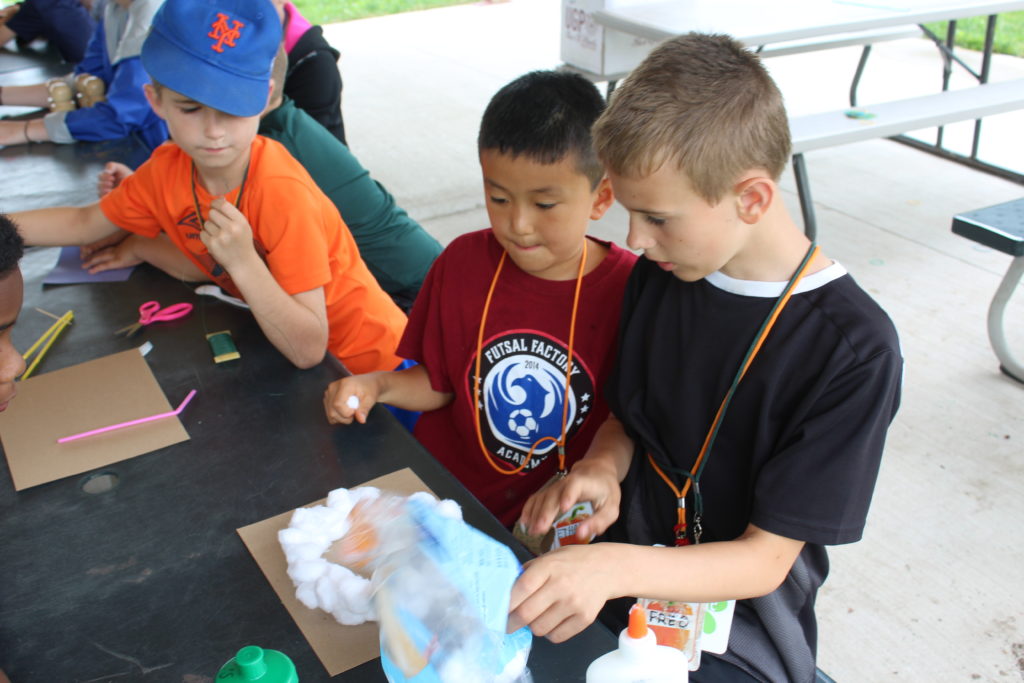 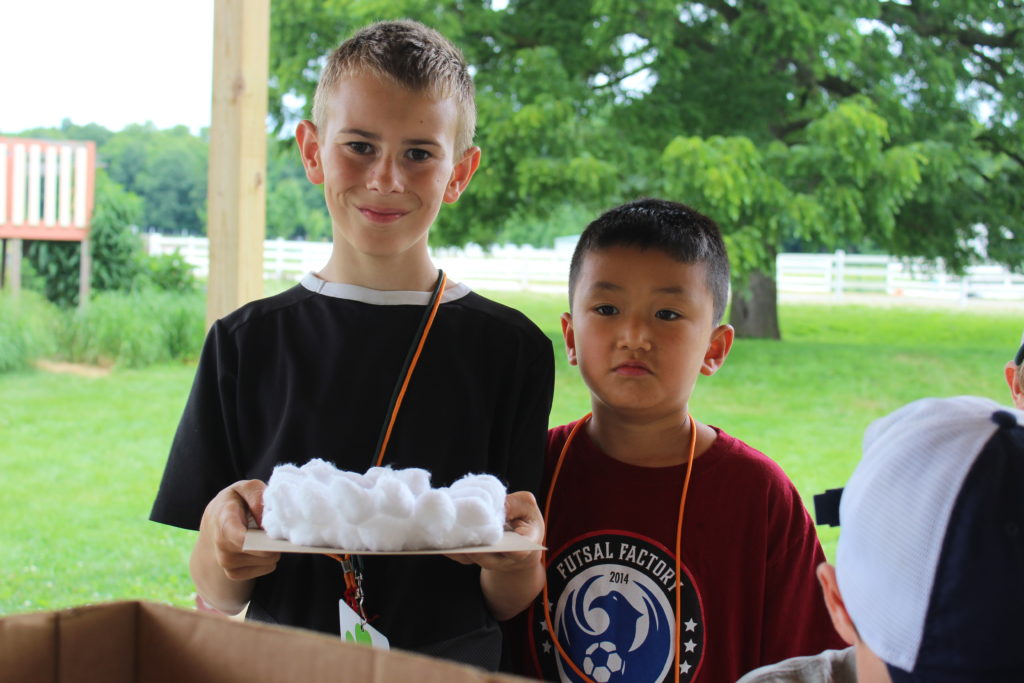 Then, our campers braved a hike in the rain. But this wasn’t just any hike; it was an animal hike! Two goats accompanied each group, and each camper got a chance to walk with them. 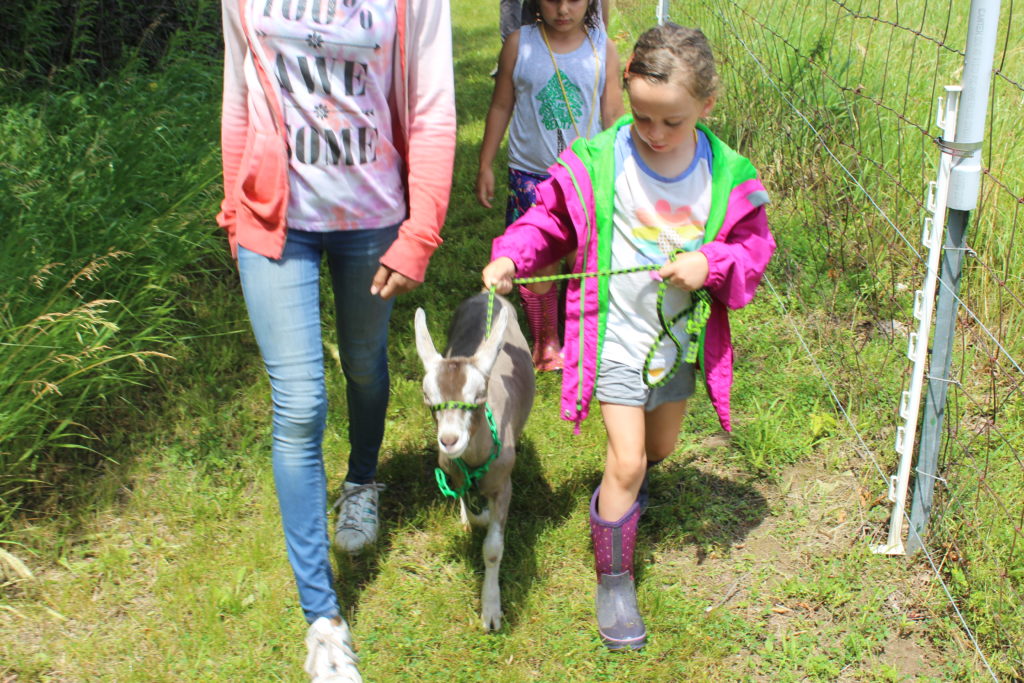 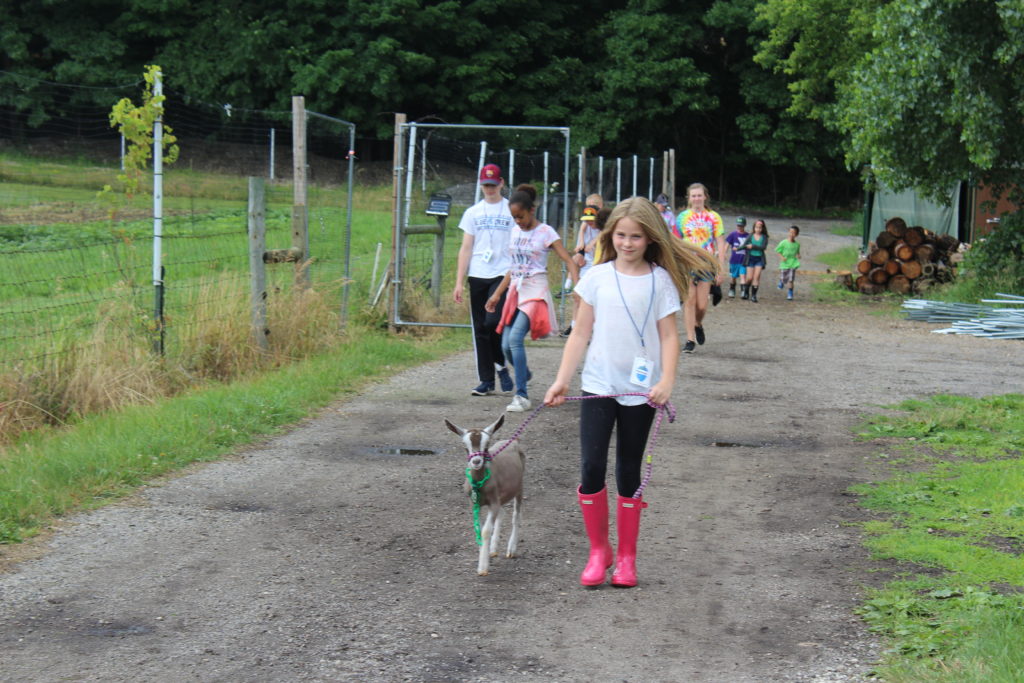 Two pals, out for a walk 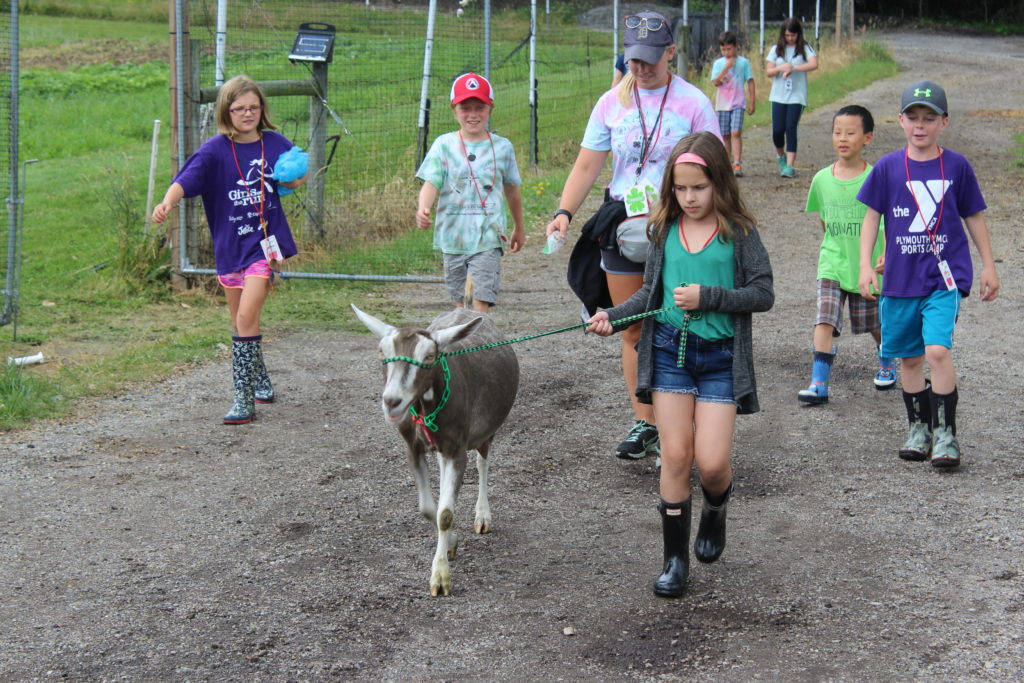 Just a girl and a goat

Last but not least, Garden Kitchen! Today’s menu included asparagus ribbon salad and fancy green beans. There was a little conflict on the recipe card today, and it said swirly scape pesto. We were just eager for tomorrow’s delicious pesto recipe. The bean recipe will be on tomorrow’s card so that you can make it for your camper! 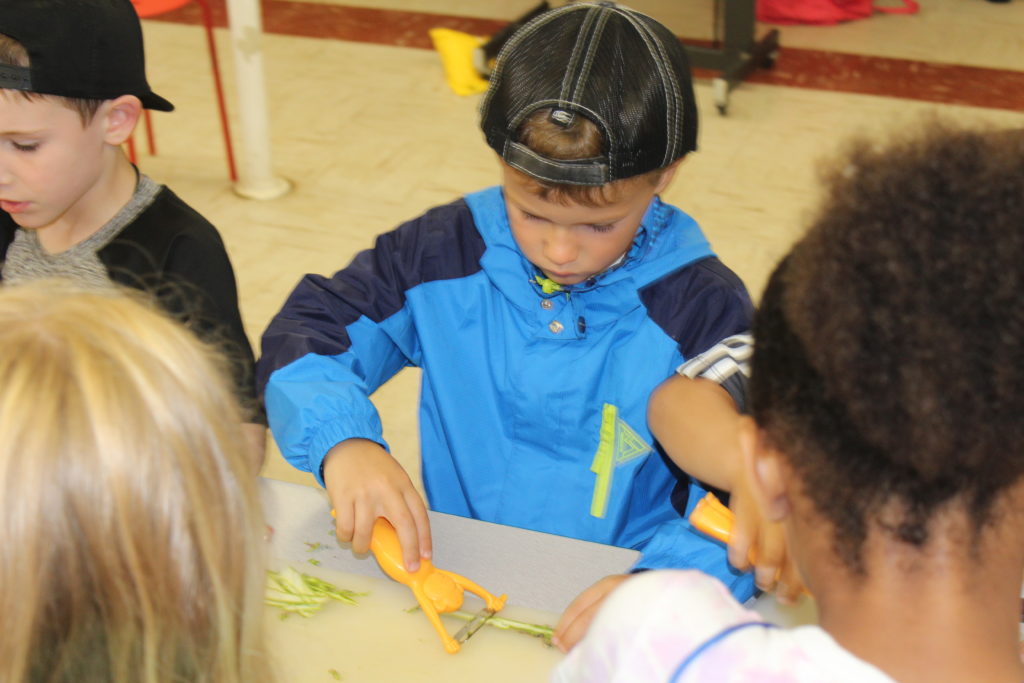 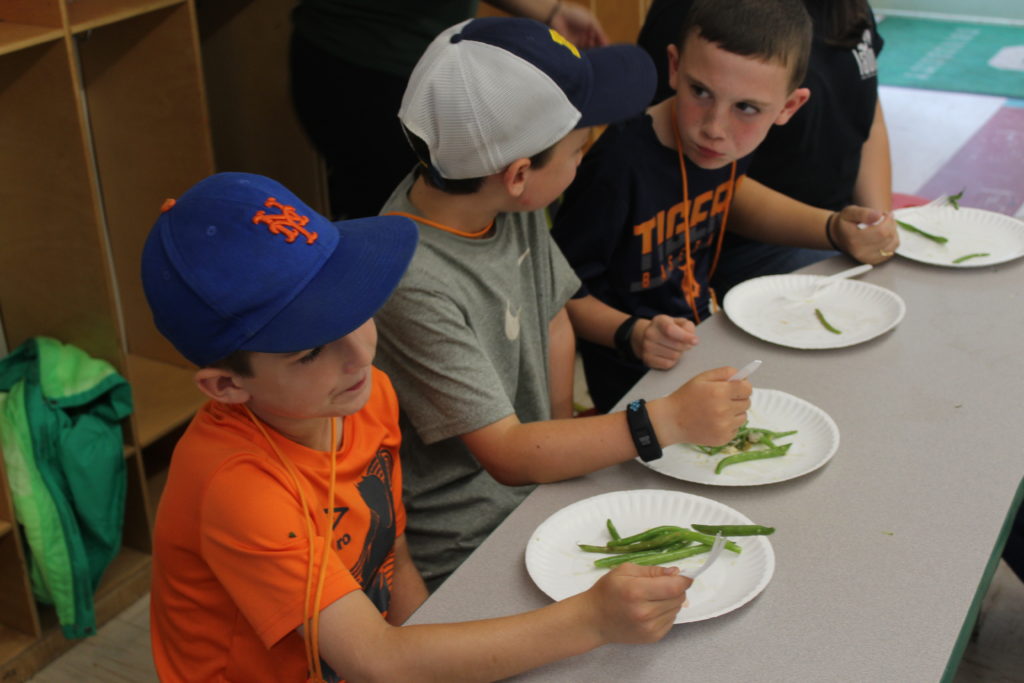 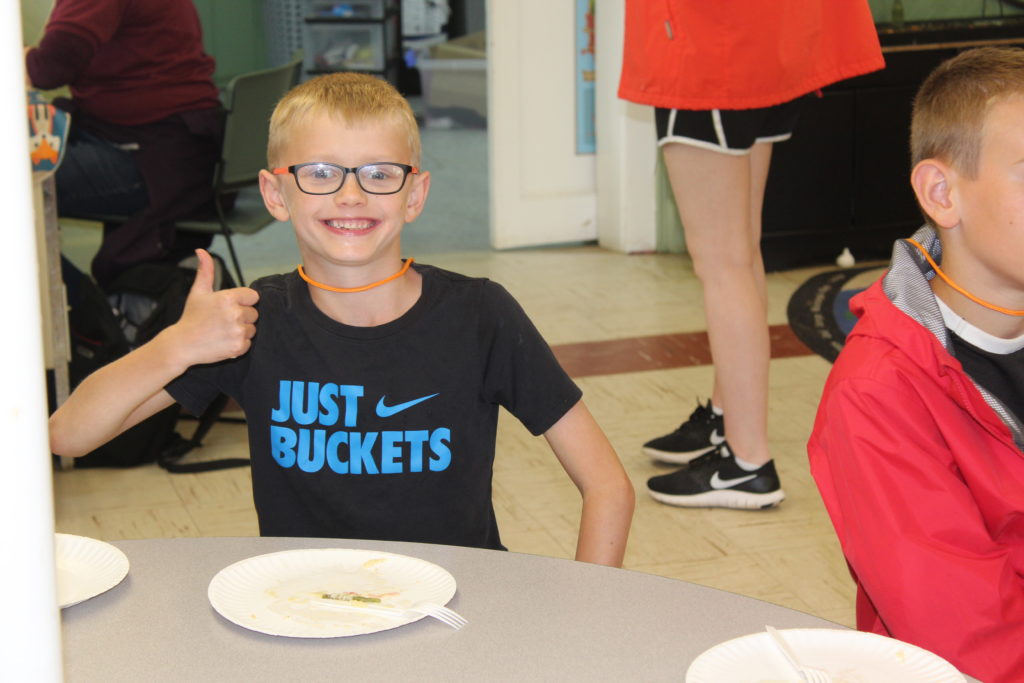 Five stars from this camper! 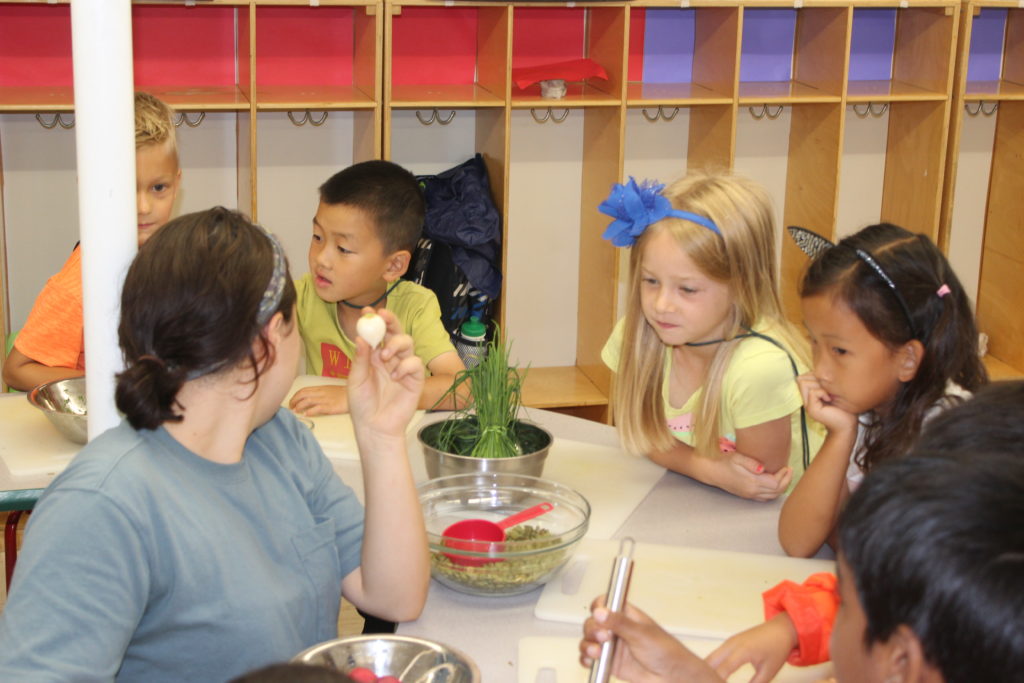 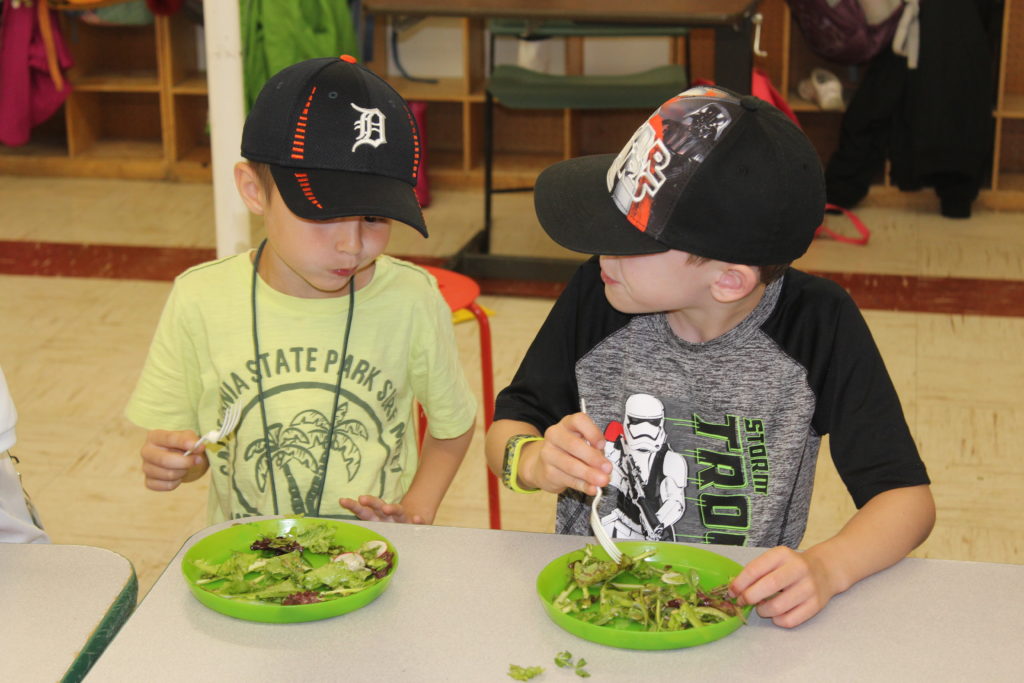 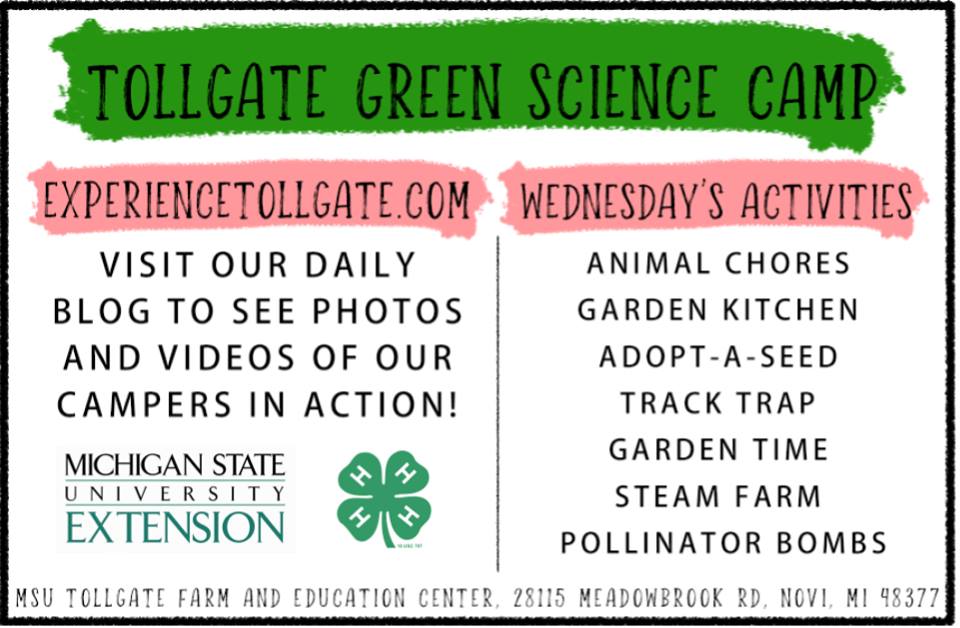 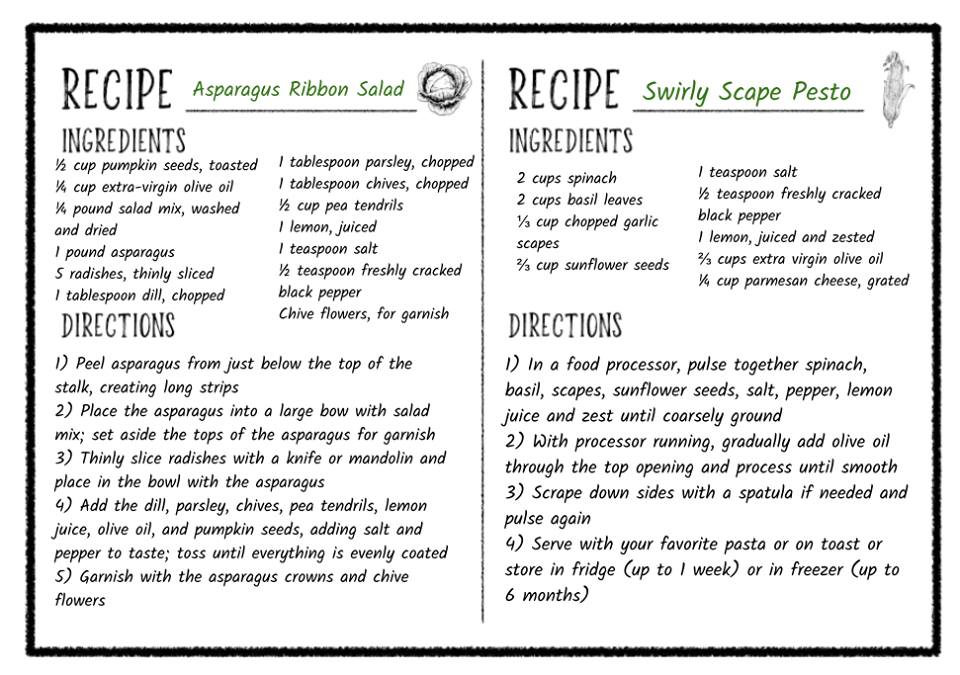 Recipe card (bean recipe will be on tomorrow’s!) 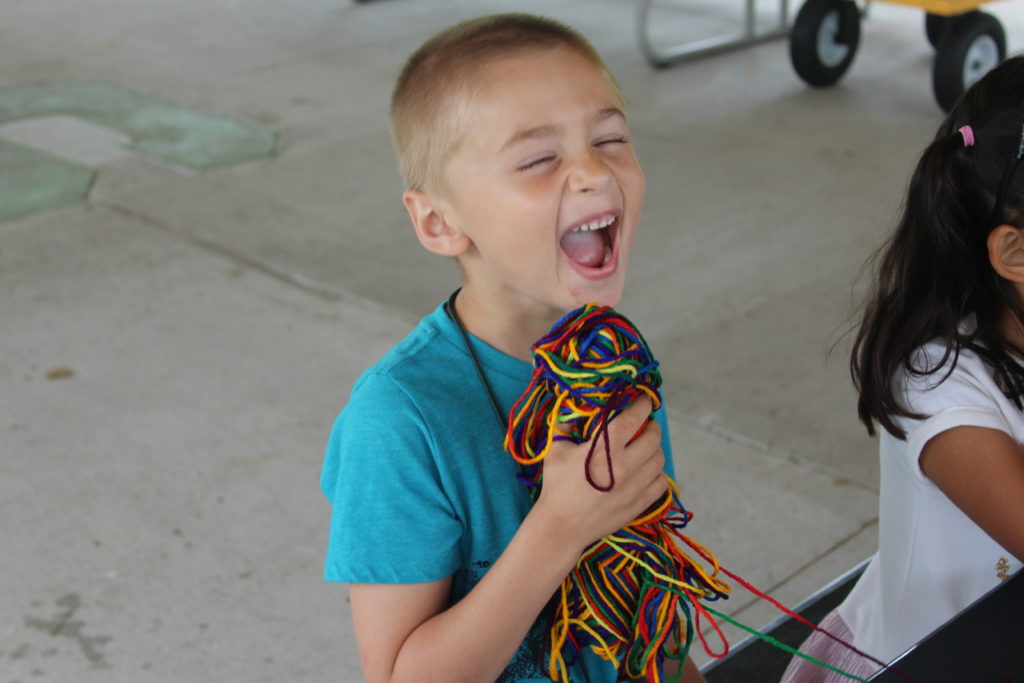 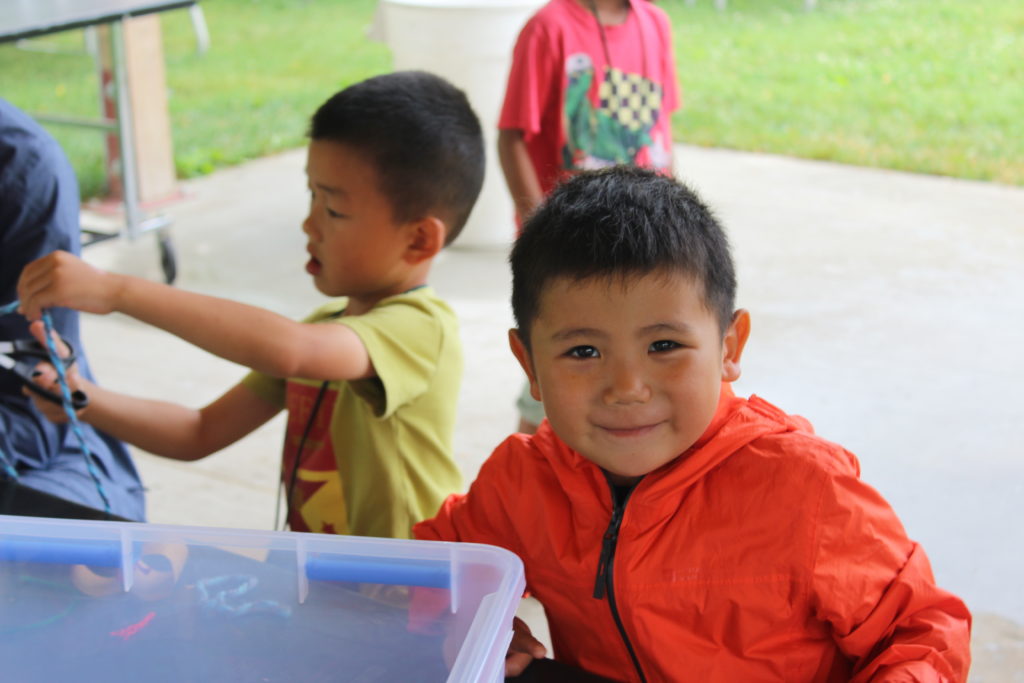 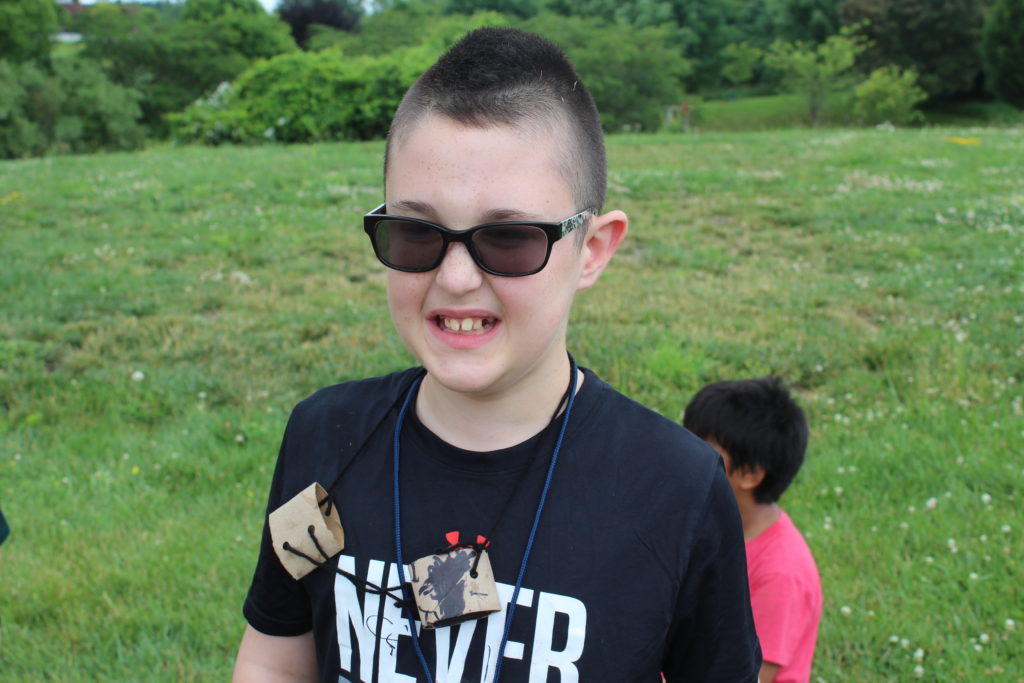 And another camper smile!

As always, if you want to see even more pictures of your camper’s smiling face, check out the Google Folder. Click here!