Posted on 19 August, 2015 by TollgatePrograms

Today was another successful day here at Green Science Adventure Camp! The campers are having such a great time learning and trying new things!

We spent the morning doing animal chores. The campers love spending time with the ducks, goats, chickens and goose and making sure they’re taken care of. Ask your camper what chores they did today!

We have a new pony on the farm this summer and her name is Friday. She stands 12 hands tall and is nearly 20 years old! Campers got a chance to ride her this morning and it was so much fun! 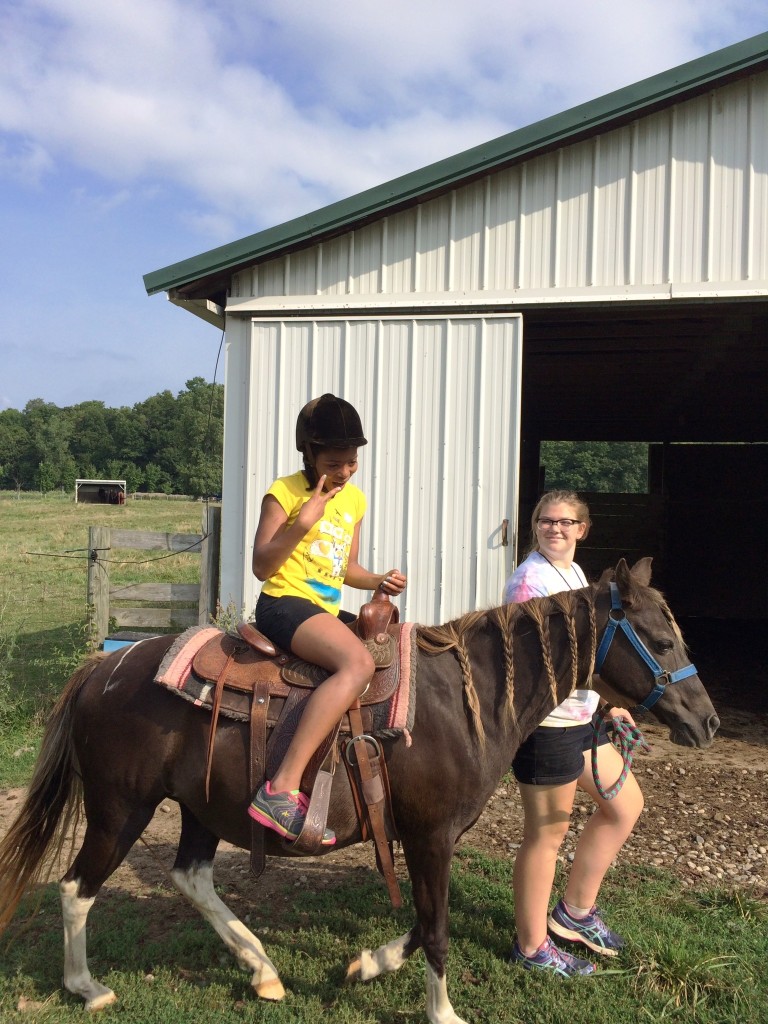 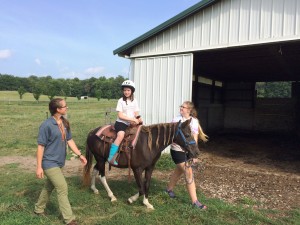 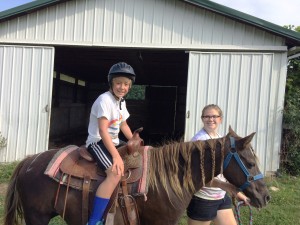 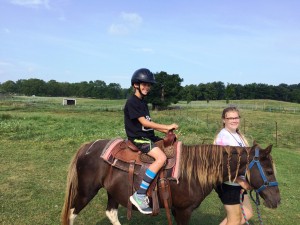 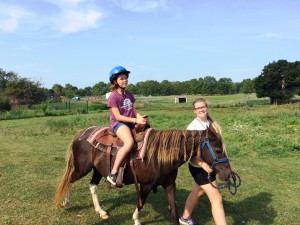 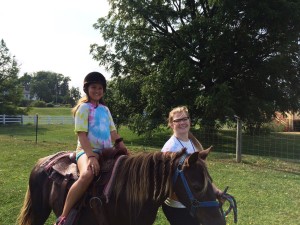 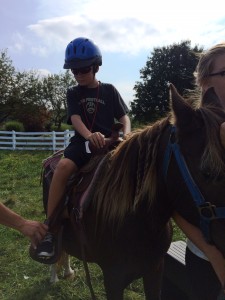 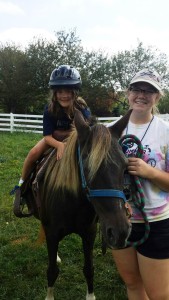 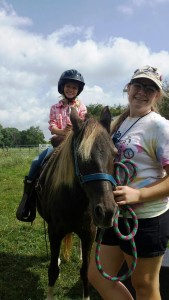 Garden Kitchen was delicious, as always! Ms Pam showed us how to make applesauce and potato latkes. Both went over very well with the campers. They kept asking for more! The recipes can be found at the end of this post. Tomorrow we will be fishing in the pond, so we talked about fishing safety and practiced casting. Keep an eye out tomorrow for fish photos! 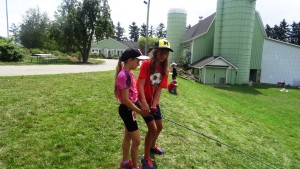 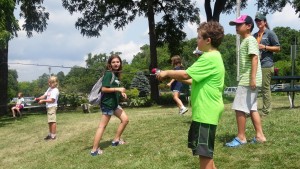 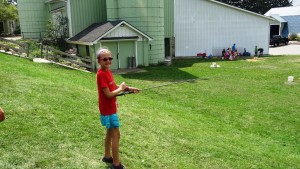 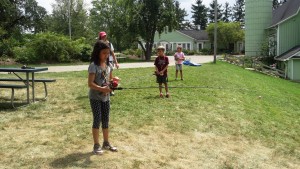 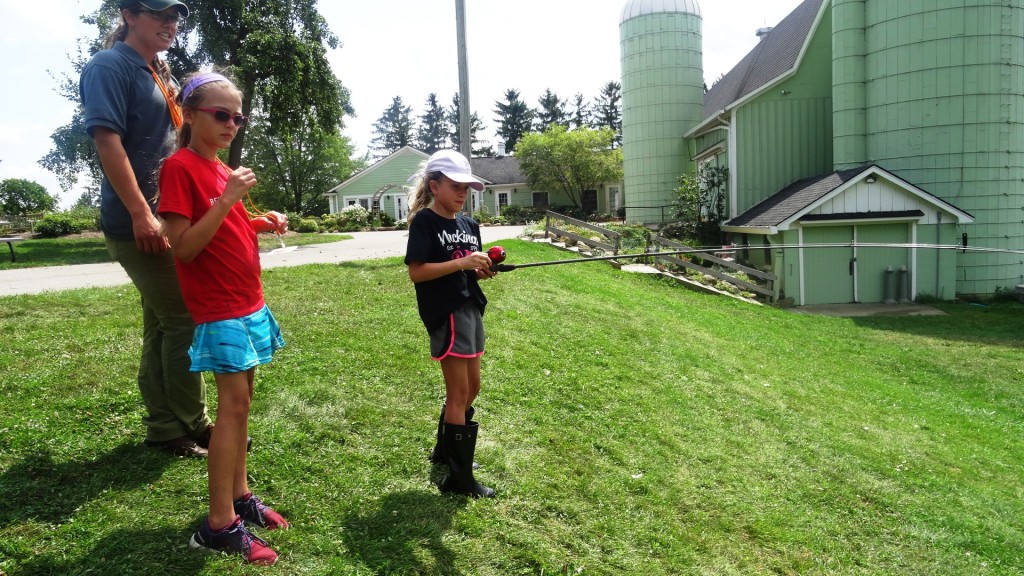 We continued working on our skits that we’ll be doing on Friday. They’re coming along nicely and we can’t wait to perform them for you! We’re learning more every day about our sustainable farm models. Some groups introduced water and ponds to their farm! Campers are definitely getting their creative juices flowing! What did your camper do during STEM? 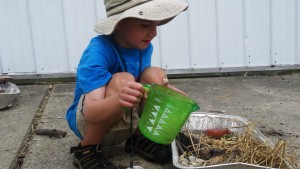 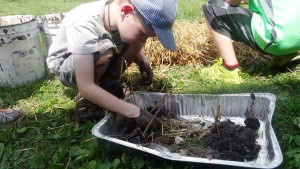 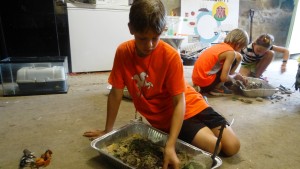 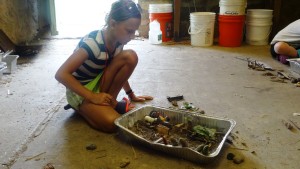 Today was Ruminant Day, and we learned all about ruminant animals. This includes sheep, goats, cows, deer, and many other animals. We talked through the process of digesting food and learned about the different parts of a ruminant’s digestive track – rumen, reticulum, omasum, abomasum. The rumen is where food goes when it is first swallowed, and that is where microbes start to break down food. Next, partially digested food moves into the reticulum. In this second stage, heavy or foreign objects that are potentially harmful to the animal settle and are prevented from moving into the next parts of the digestive tract. Farmers who raise cattle tend to put a magnet in each cow’s reticulum to trap any small pieces of metal that may have been dropped in a pasture while building or repairing fences. Food is regurgitated from the reticulum back up to the animal’s mouth for a second round of chewing. This regurgitated material is called cud, and ruminants can often be seen chewing on theirs while relaxing in a pasture. After additional chewing, food moves to the omasum where excess moisture is squeezed out of the food. It then passes into the abomasum, or the “true stomach.” This part of the stomach has acids and functions similarly to human stomachs to break down food completely.

To illustrate the ruminant digestive process, we stuck our hands in buckets whose contents represented the different stages of digestion. Afterwards, we played a relay game to burn off some energy! 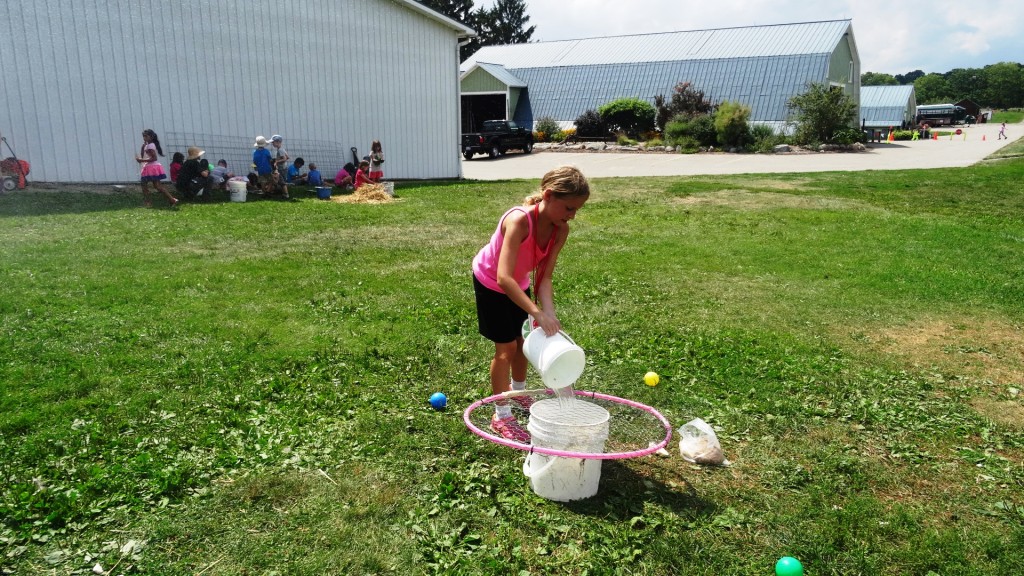 We can’t believe that we’re already halfway through Green Science Adventure Camp. We are looking forward to tomorrow!

4 Strips of lemon peel (not pithe)

1. Peel and core apples cut into small pieces. Place in large pot.
2. Add lemon and water and salt.
3. Bring to boil on high heat, remove lemon, then lower temp.  Cover the pot and maintain a low simmer for about 30 minutes. Until apples are completely tender and cooked through.
4. Process through a food mill or simply smash with Potato masher.
This entry was posted in Camp Blog, Summer Camp. Bookmark the permalink.