It was a hot, humid, and exciting kick-off to summer camp season at MSU Tollgate Farm! Green Science Adventure Camp means we explore all the farm has to offer, from barns, forest, pond, gardens, and our freshly cut hay fields! Campers spent time in the barns with the animals and prepared a delicious snack during Garden Kitchen. The focus of this camp is on food science and sustainability. Today’s theme was “Dip Deep!”

We began the day with a “Pepper Party” to review C.A.R.E.S. and get to know each other. We then all gathered for our flag ceremony. The groups are divided into four colors of peppers: Green Peppers are with Ms. Dawn, Yellow Peppers are with Ms. Tanya, Orange Peppers are with Ms. Madeline, and Mr. Julian has the Red Peppers. Groups tie-dyed shirts today by the barn and will receive them on Thursday. Campers are invited to wear them for the last day of camp on Friday!

Animals chores included milking Jenna, a Toggenburg goat, collecting eggs from the chickens, or feeding and freshening water for the goats, calves, and sheep, depending on the group. Each group will have a chance to assist with each of the animal chores during the week. Other jobs included sweeping the barn and spraying off the shady patio. 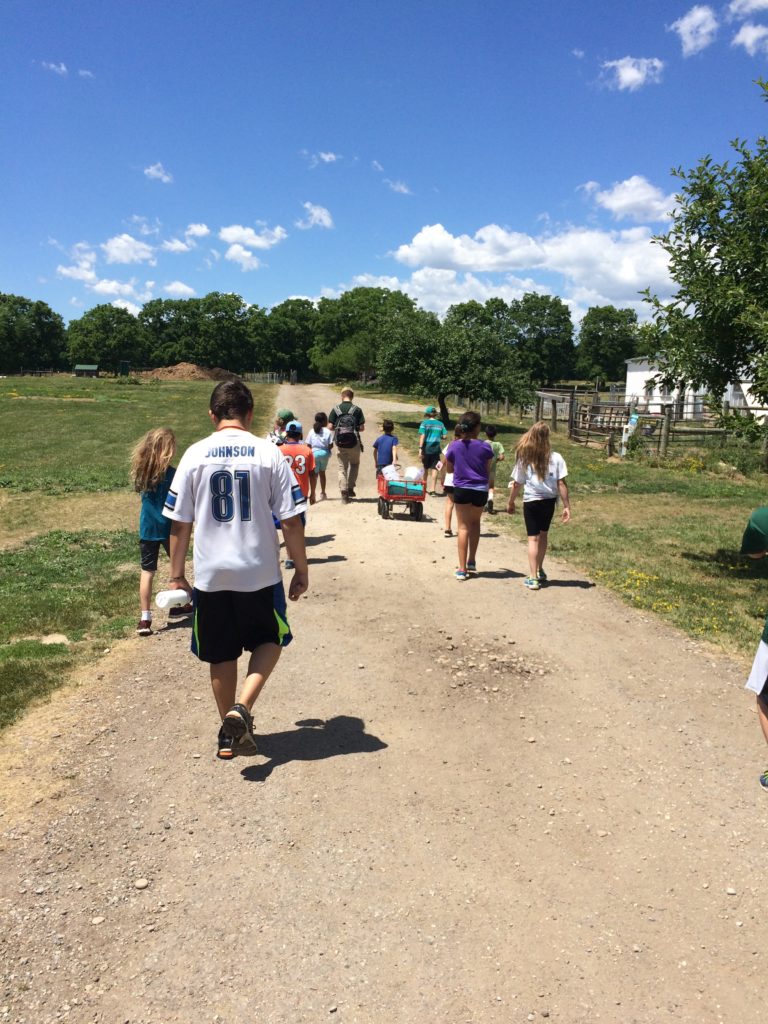 Heading Down the Lane to the Animal Barn 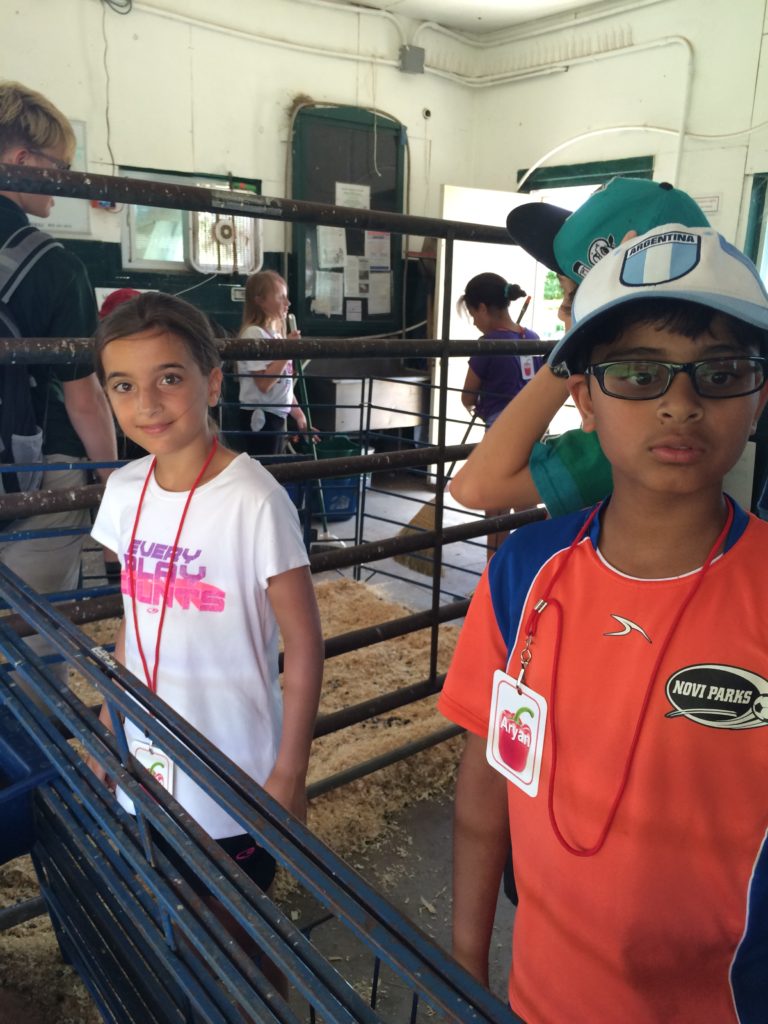 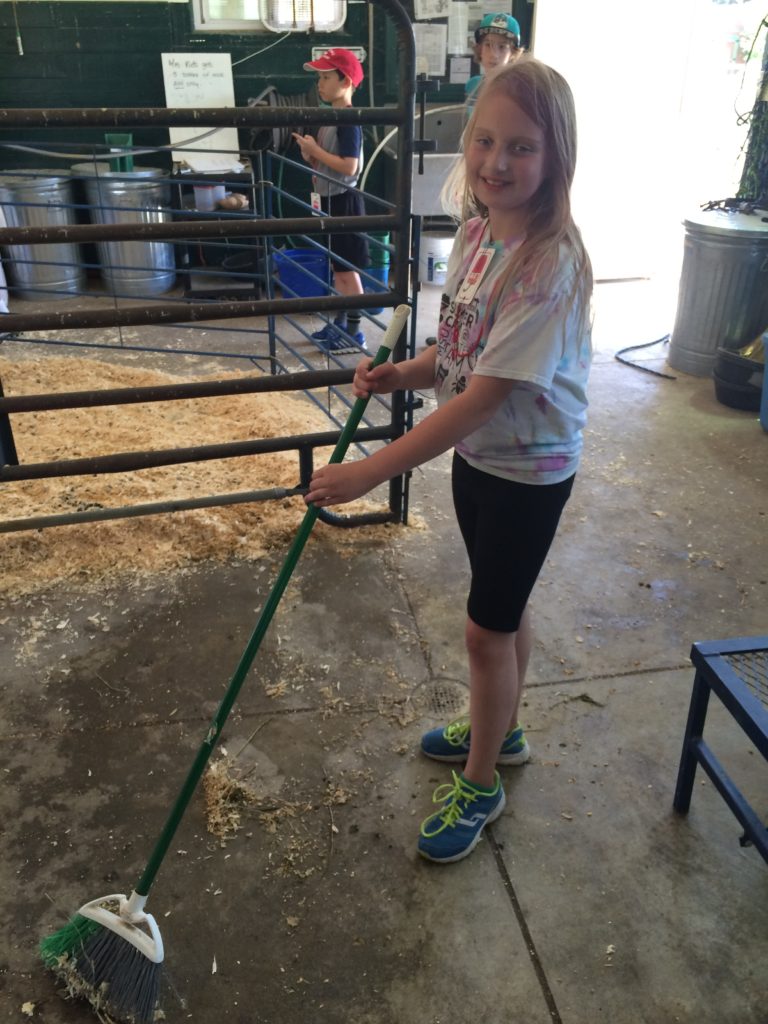 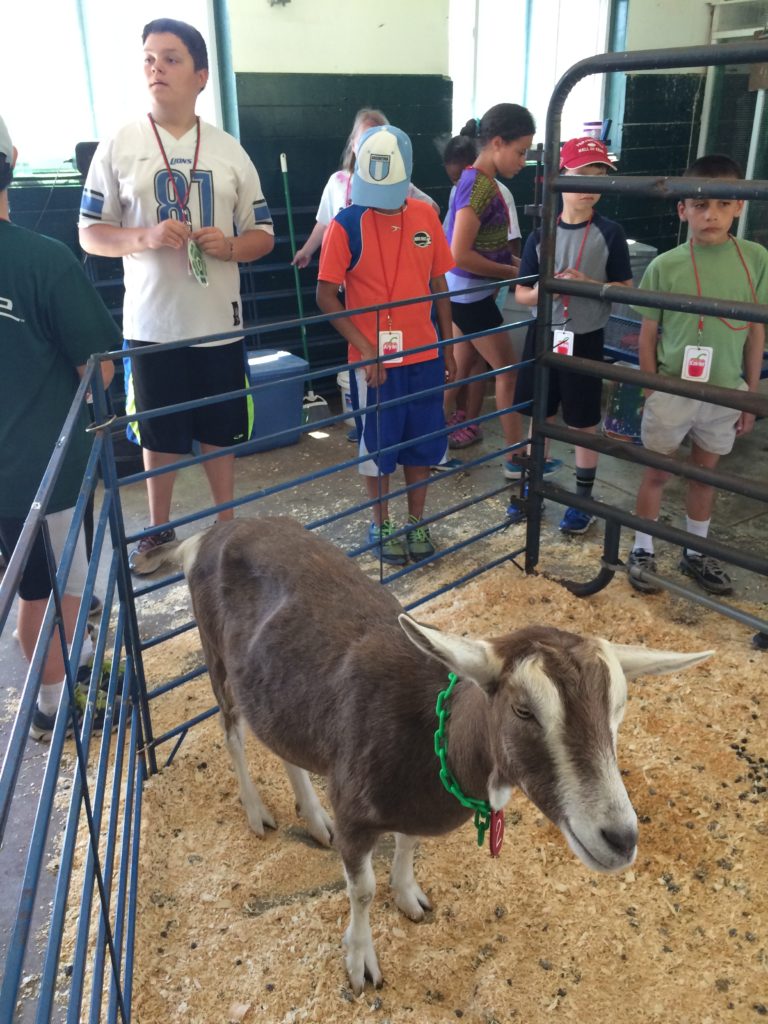 The animals and campers weren’t the only ones needing to hydrate today! We haven’t seen much rain lately at the farm, so campers set to work watering and tending the plants in the garden. 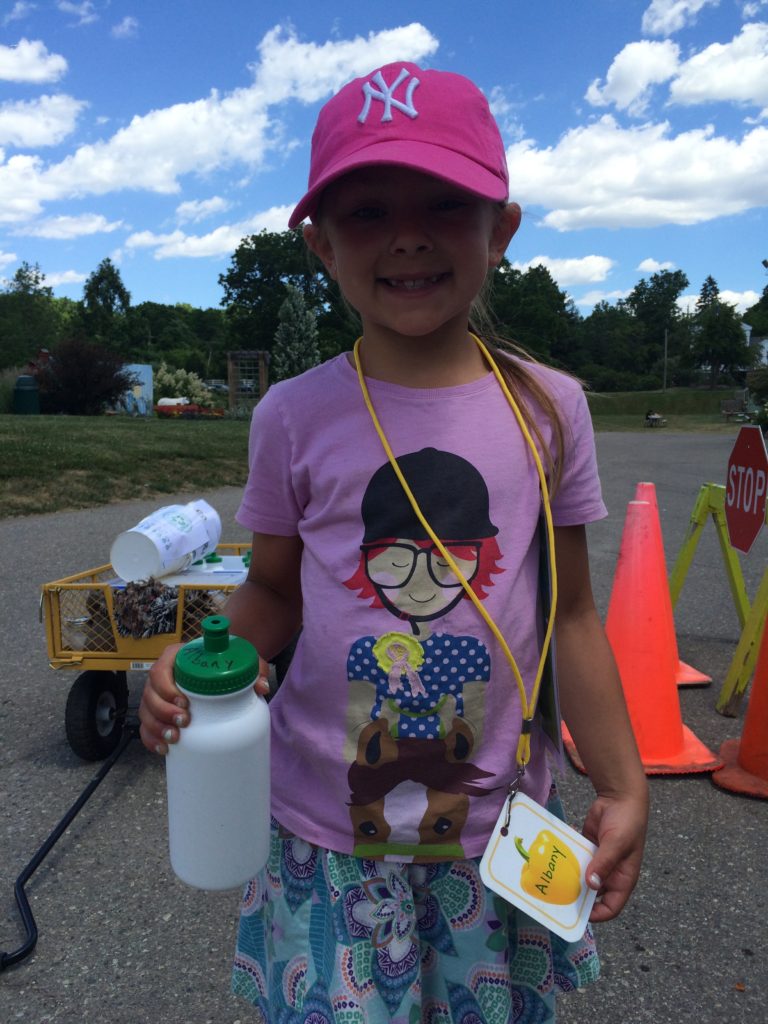 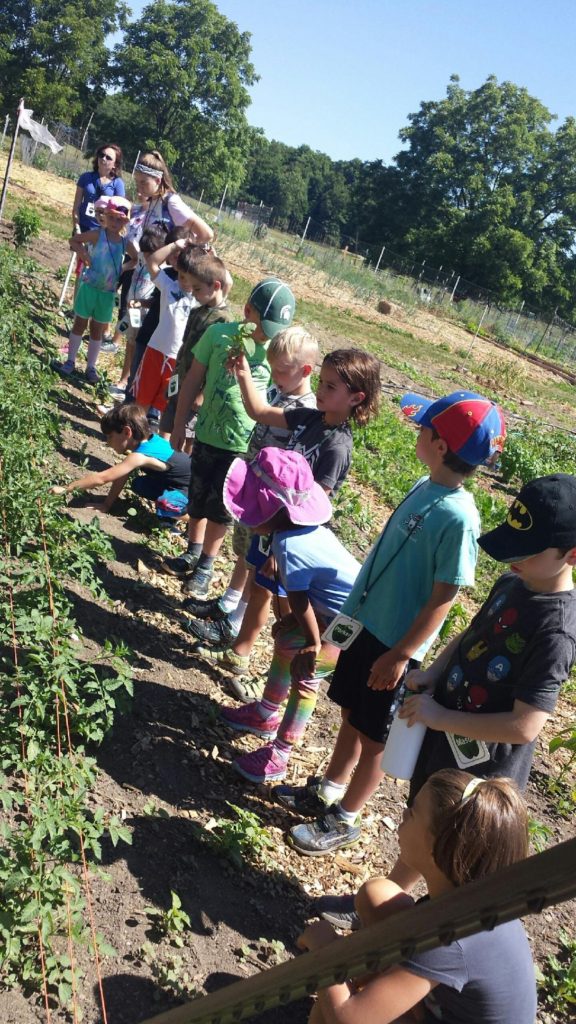 Mission for the Week: Caring for the Tomato and Pepper Plants 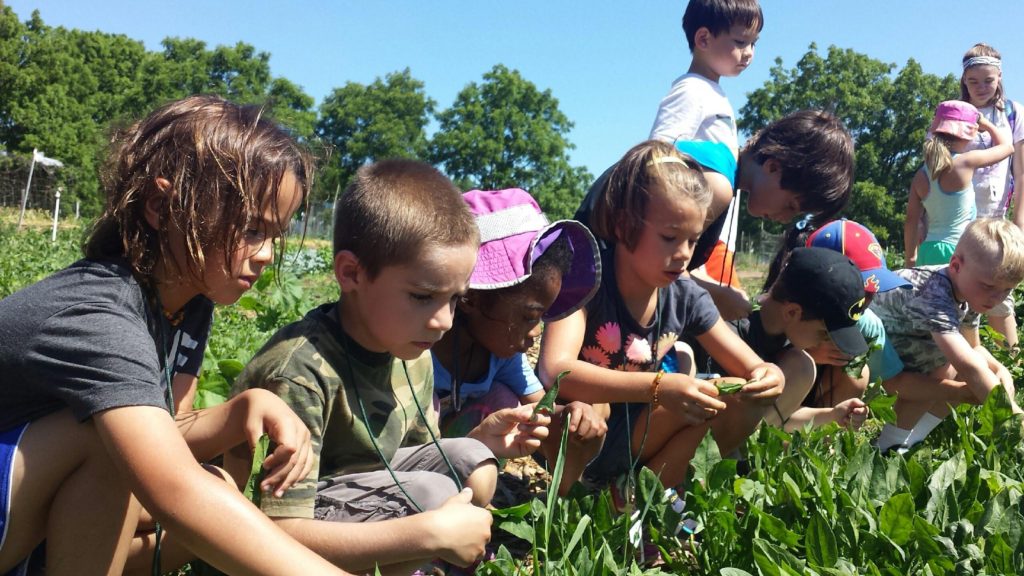 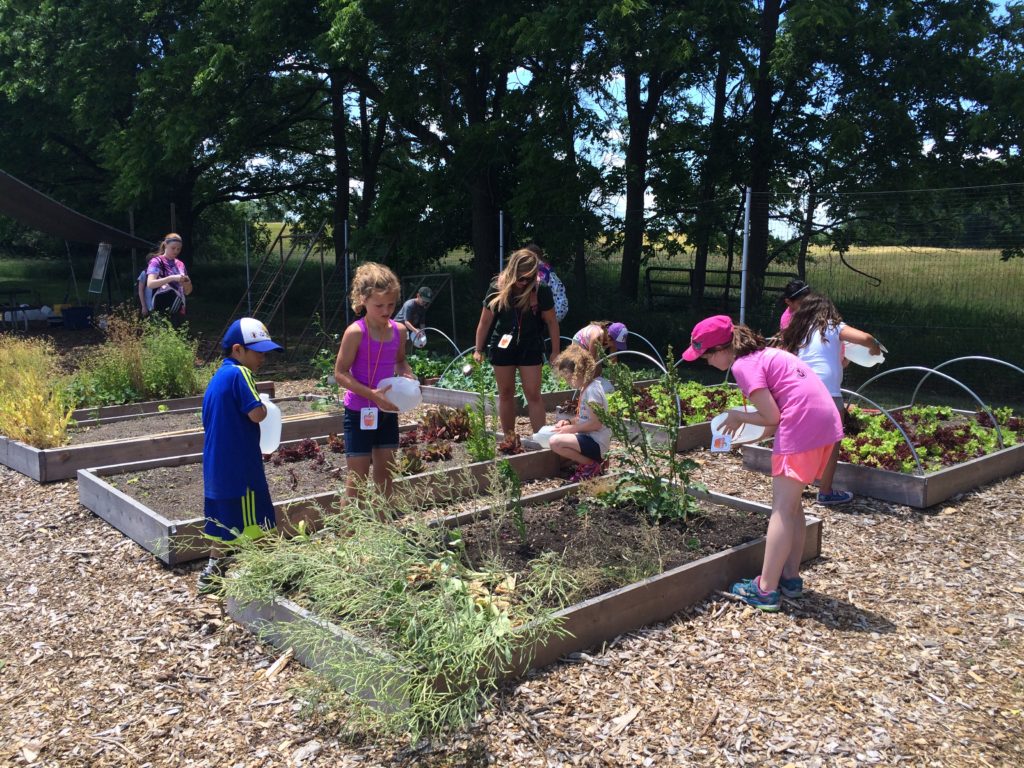 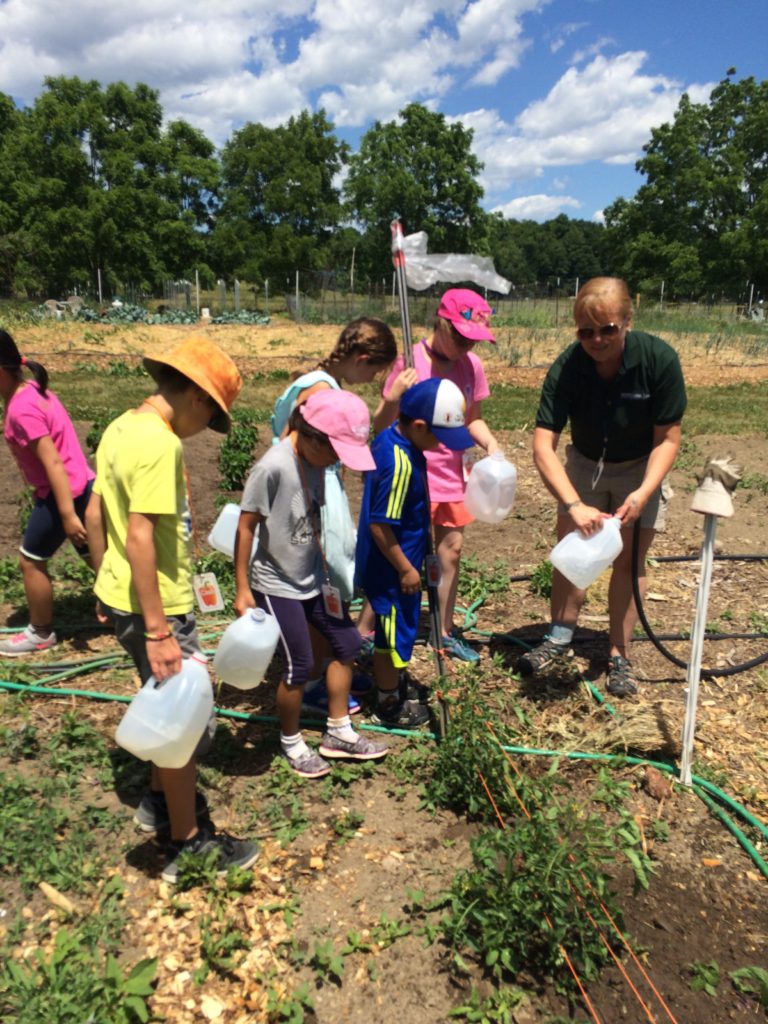 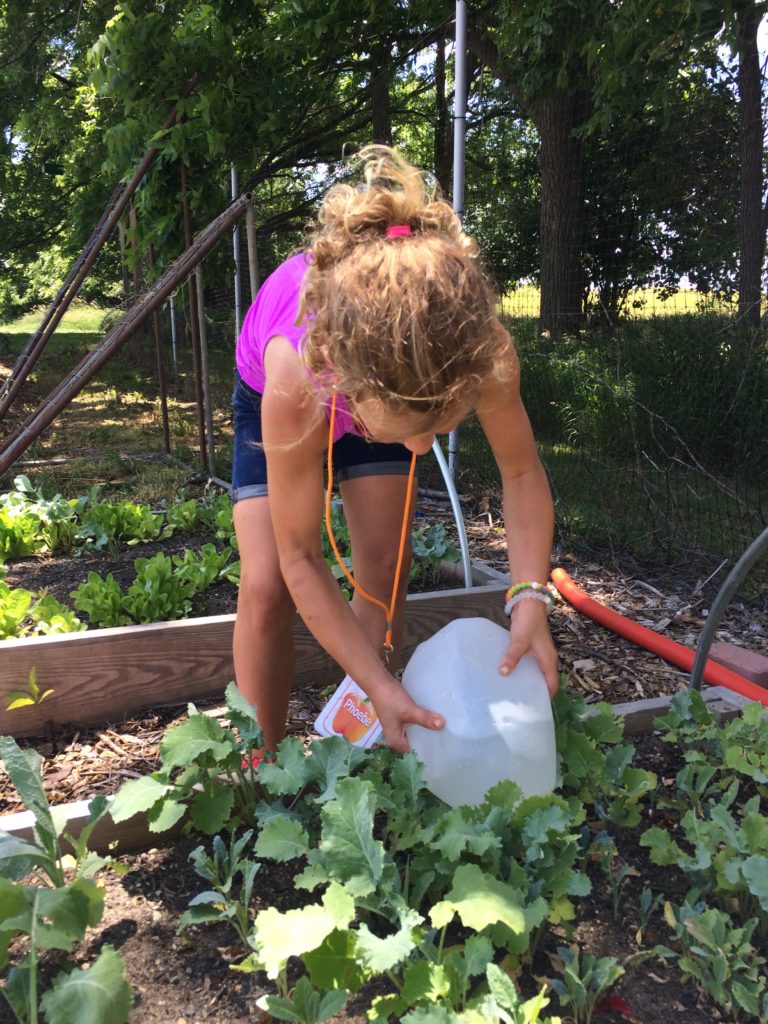 Garden Kitchen snack entailed creating Asparagus Rafts. Campers prepared asparagus by cutting it into pieces, sliding the pieces onto toothpicks, and grilling it with an Asian-inspired sauce. One camper related her experience upon tasting the snack to being at a Hibachi restaurant. Another camper was overheard saying, “I don’t normally eat asparagus, but I liked that!” 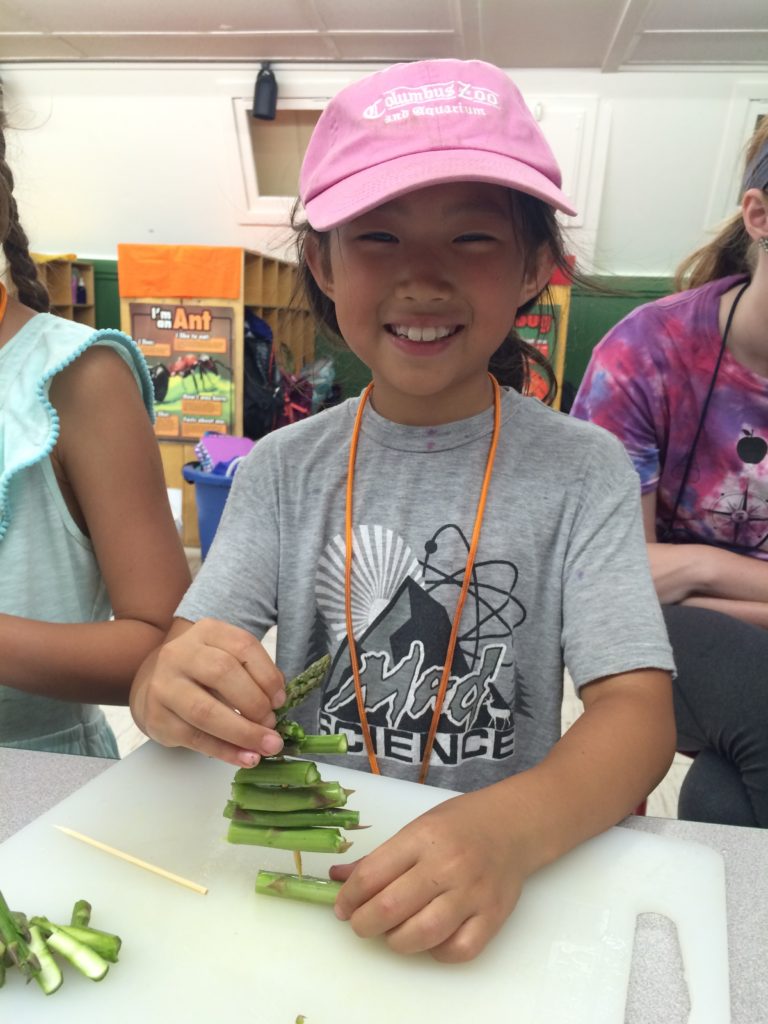 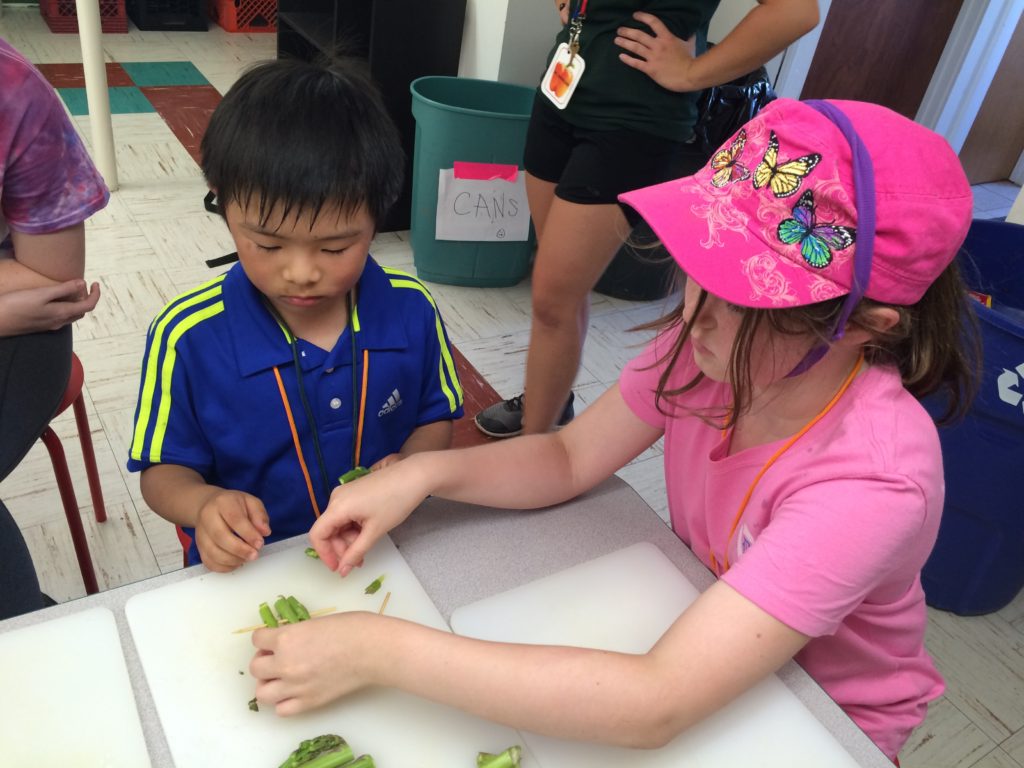 Helping Out a Fellow Camper 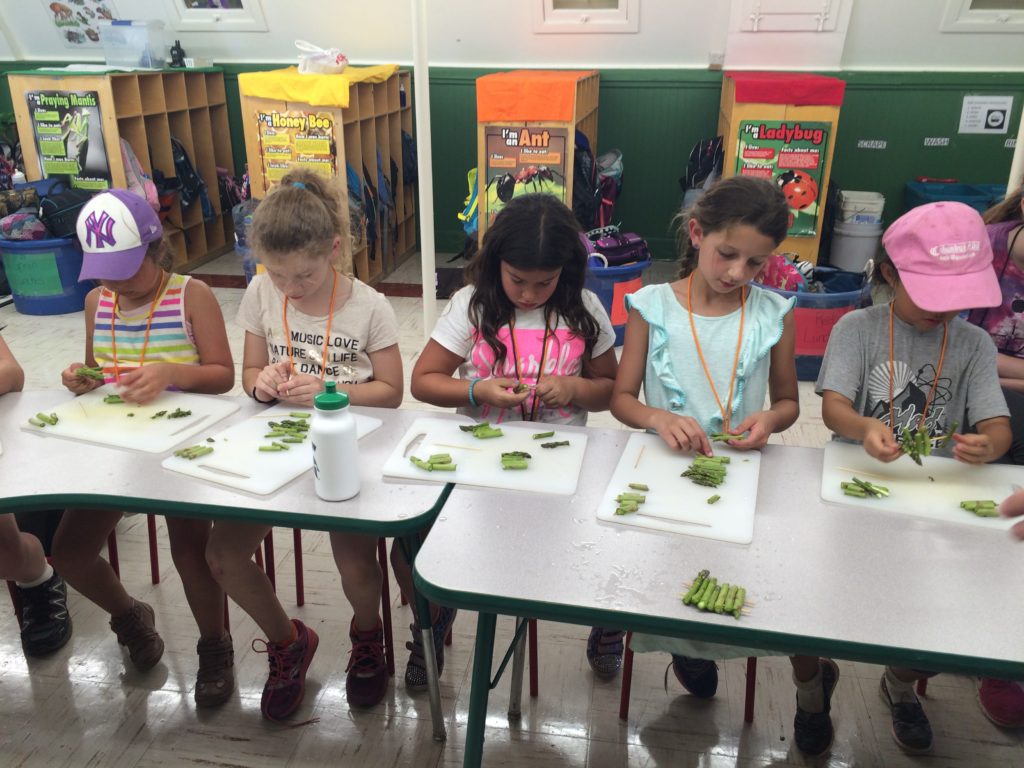 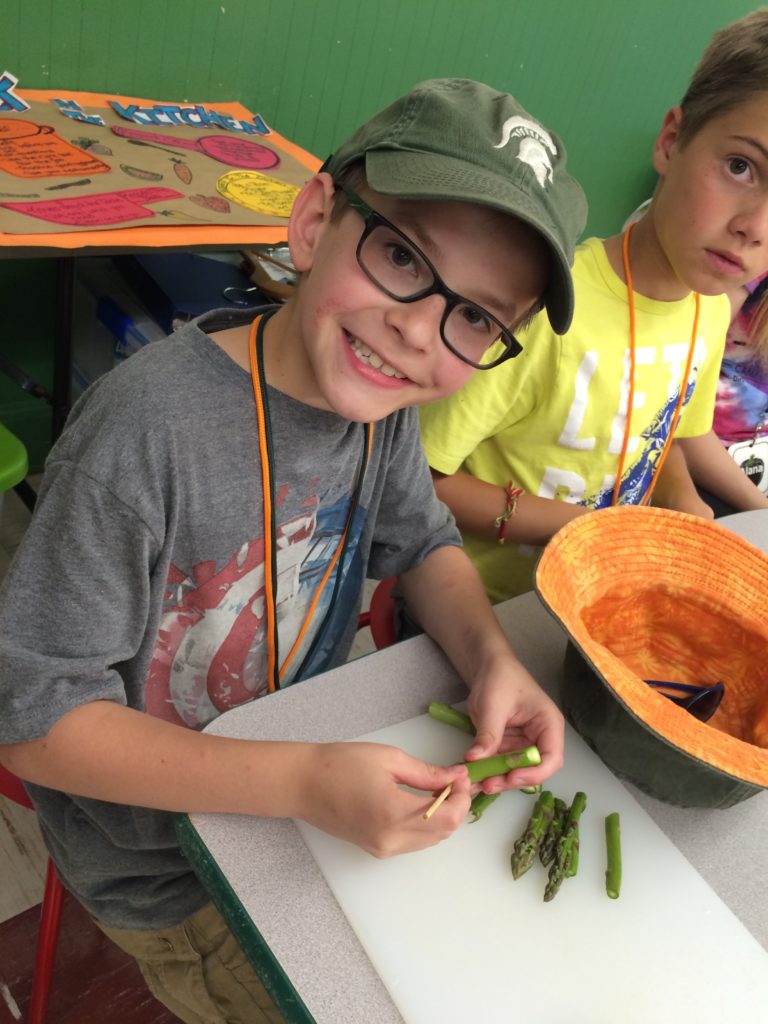 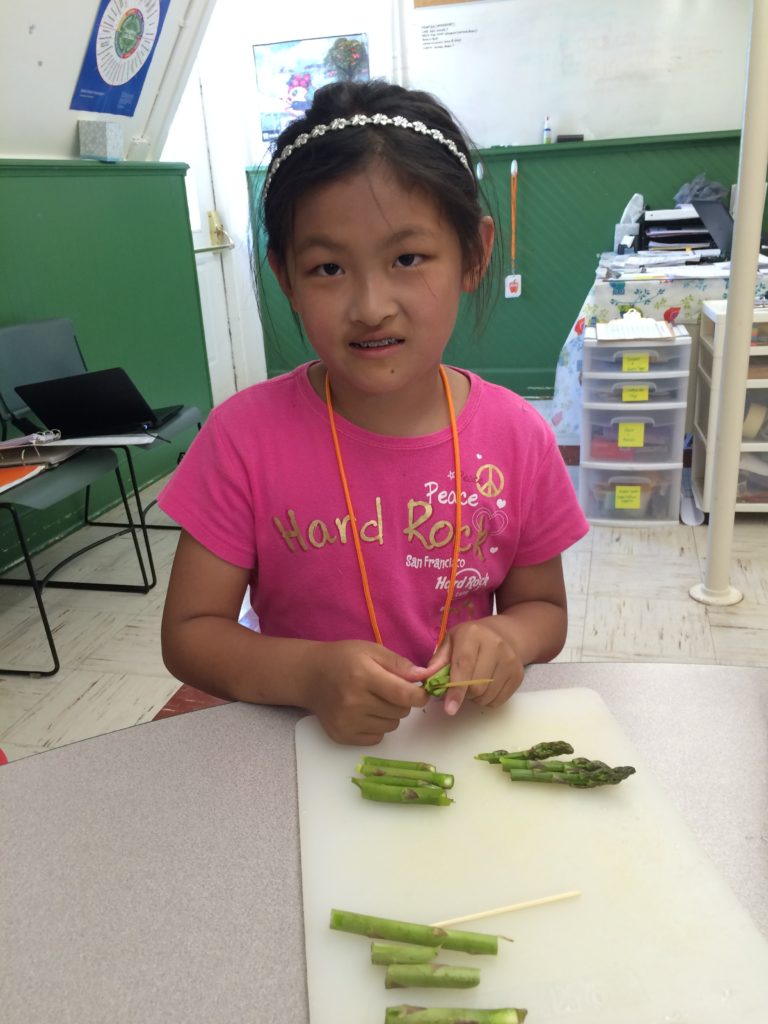 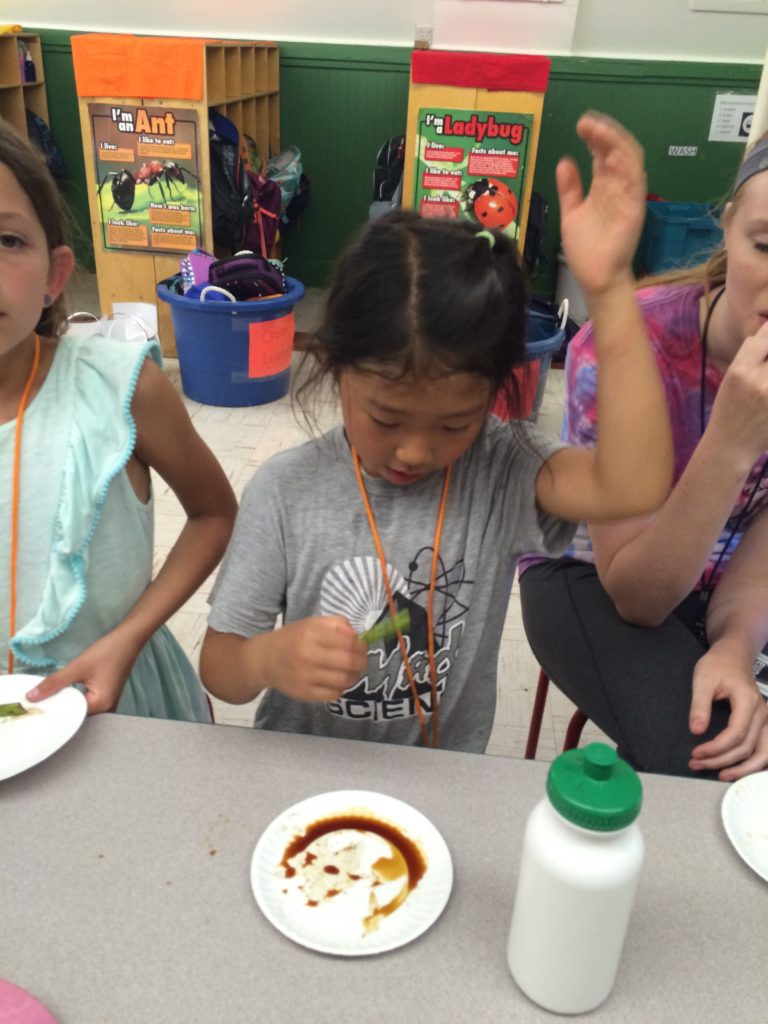 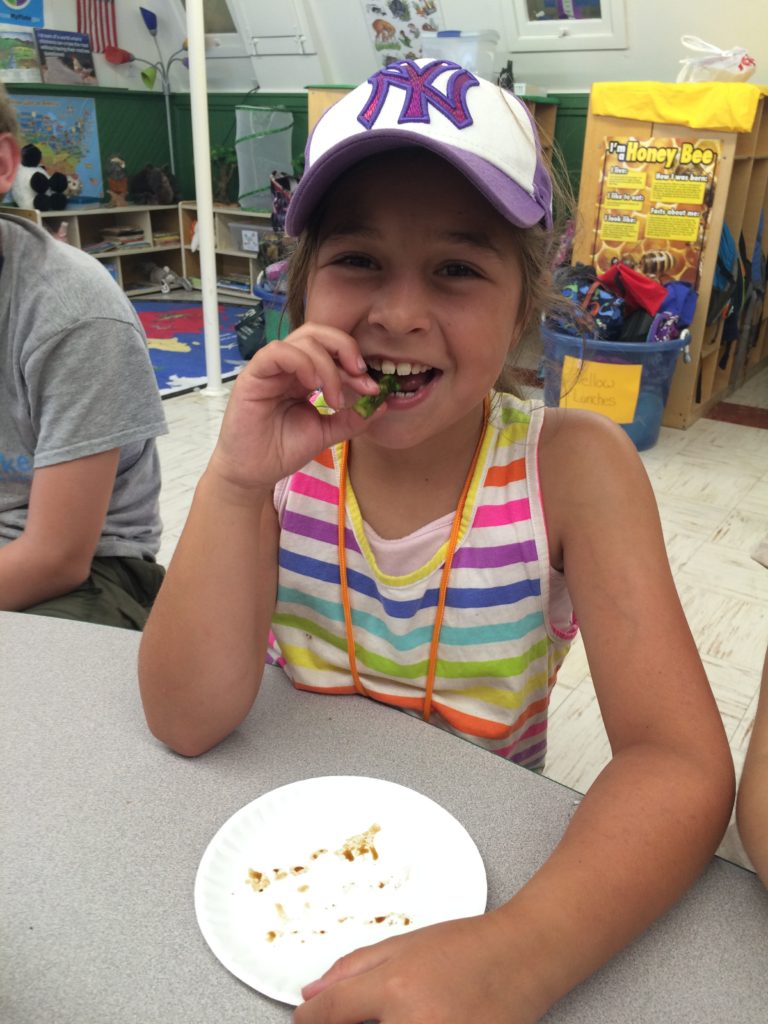 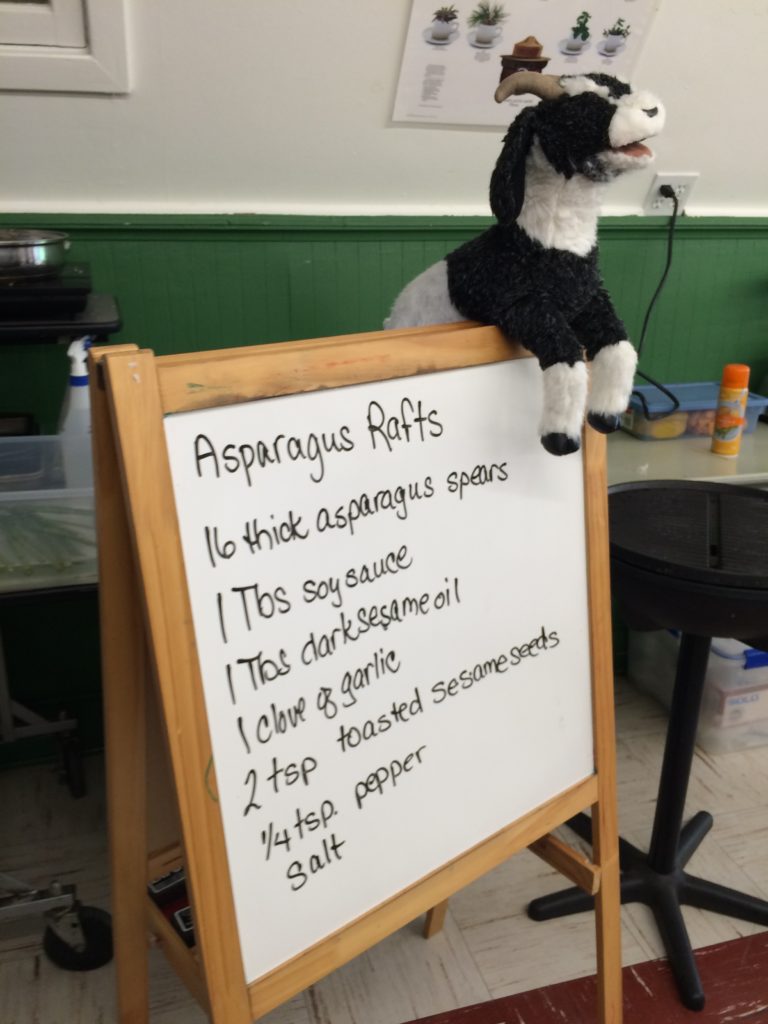 Asparagus Rafts Recipe and a Goat 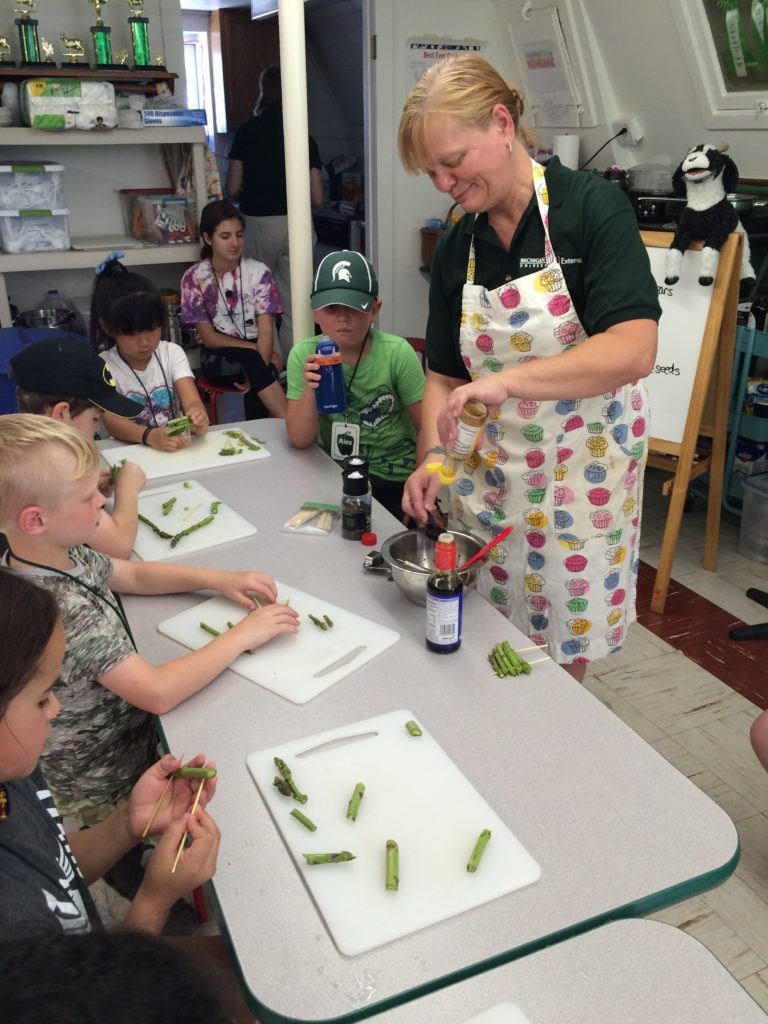 Whipping Up a Tasty Sauce 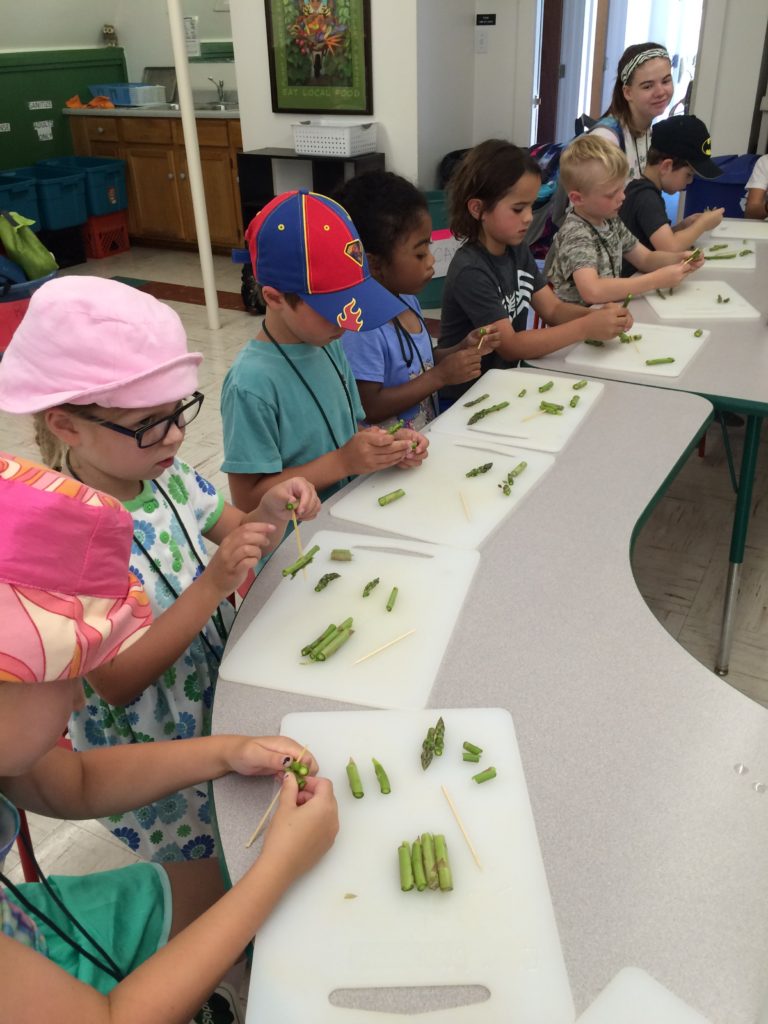 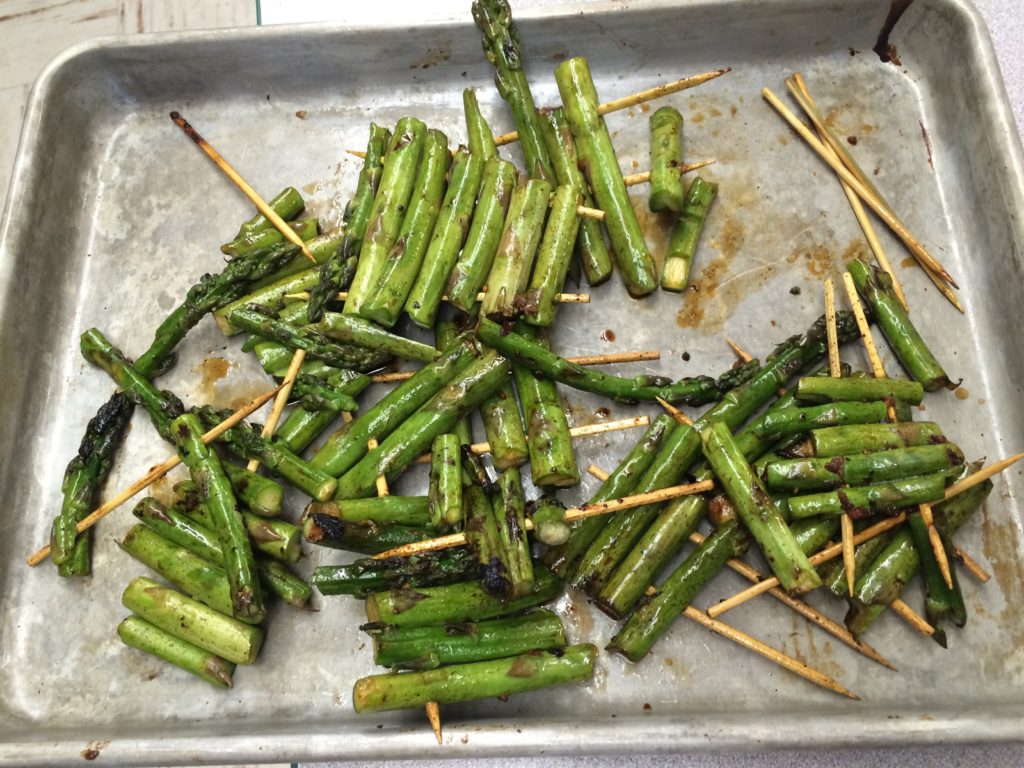 Campers enjoyed opportunities to tour the farm. Each group went on a wagon ride. What is the difference between hay and straw? Groups also went on soil sample hikes. They were able to choose their own locations to take samples. How are soils classified? Why do some plants grow in some places and not in others? 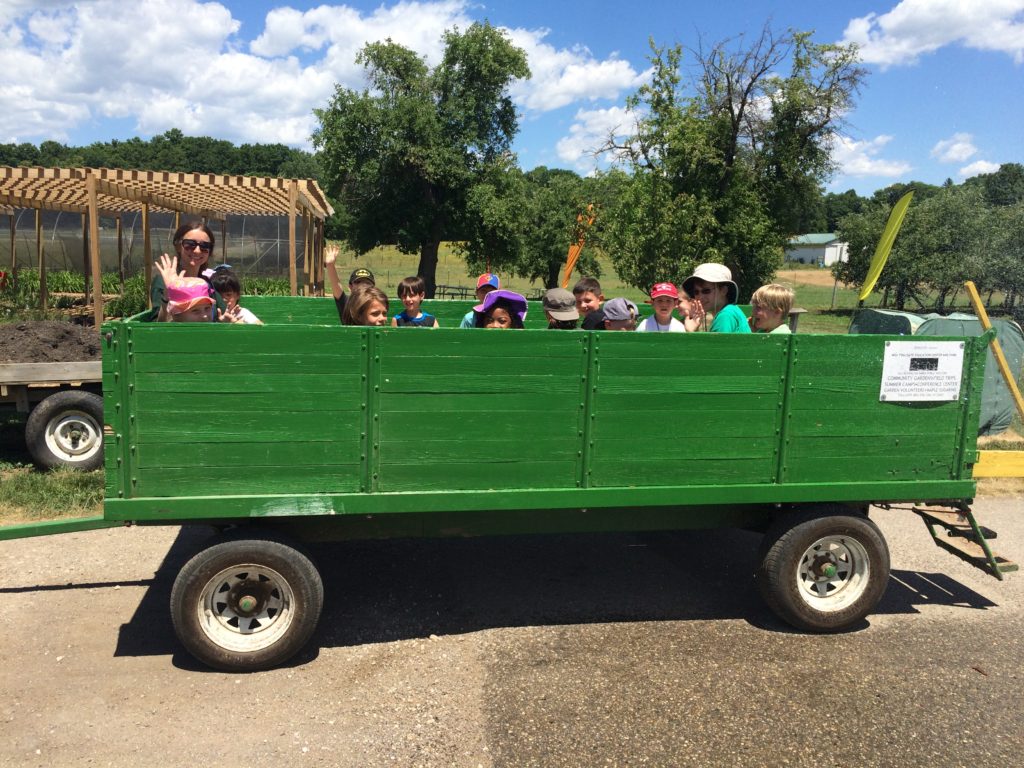 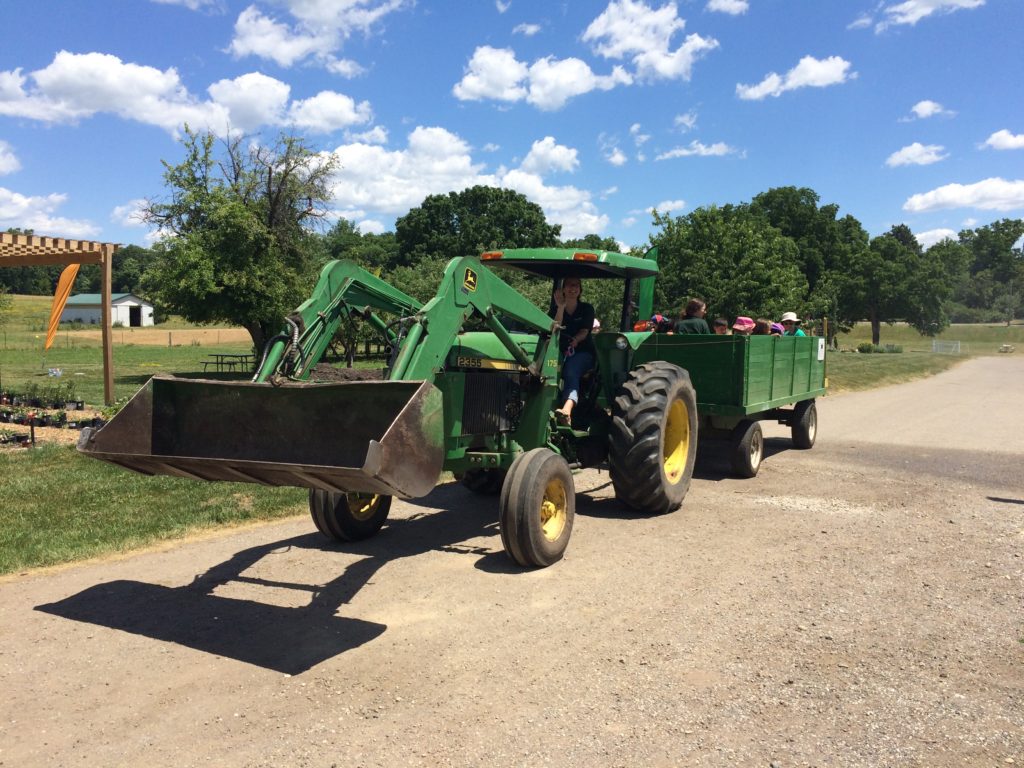 Let’s go on a wagon ride!

To accompany our adventures exploring what lies below the surface, we investigated a vermicomposting bin. Campers brought along compost scraps from lunch to feed our red wigglers, residing in a bin along with wet newspaper and cardboard. What are castings? Why are castings valuable additions to a garden? 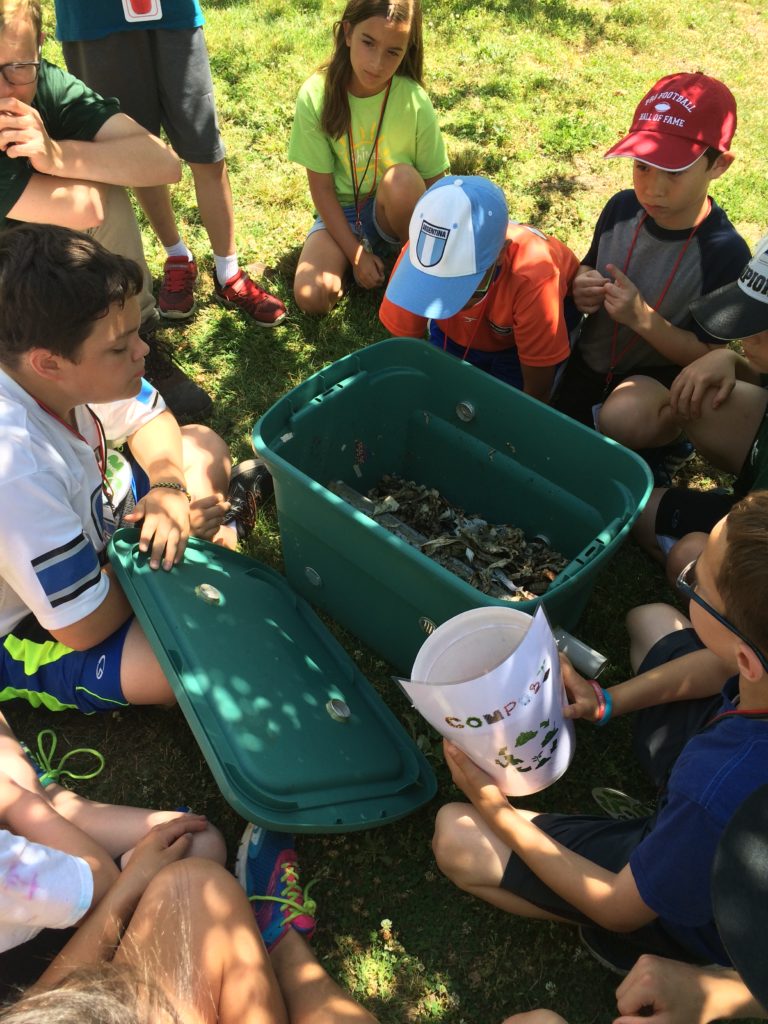 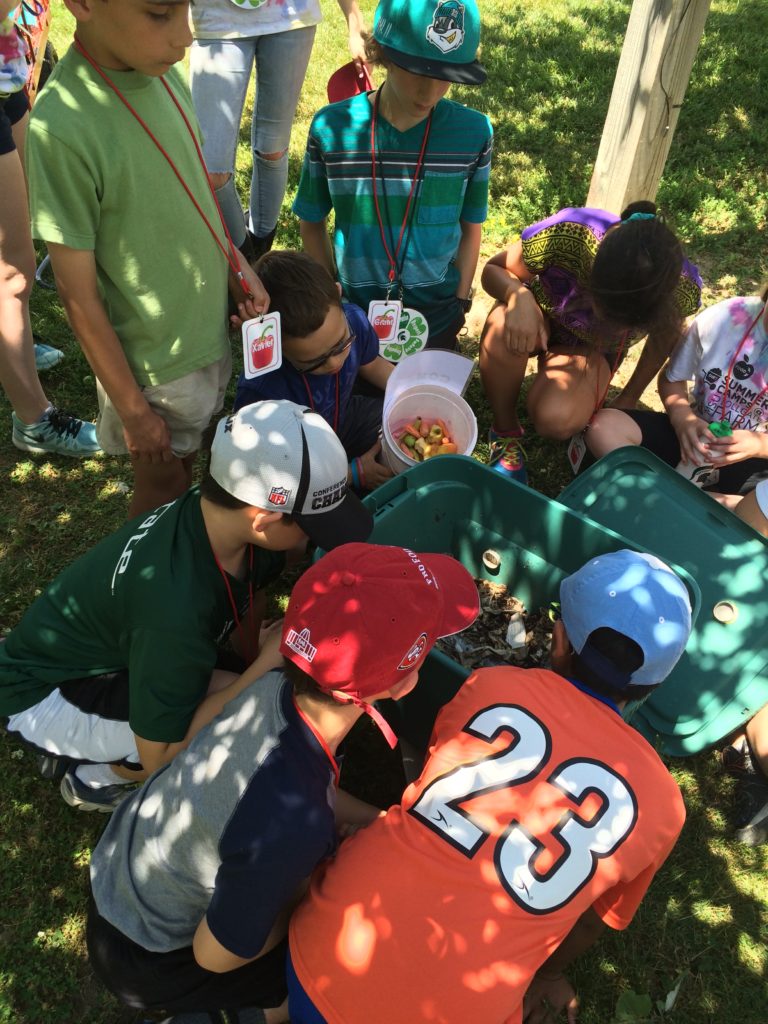 What’s going on in there?

Campers participated in a story about pollution to discuss ways it could be prevented and to identify sources of pollution. Campers were asked to imagine they were a fish named “Freddy” navigating a river. They thought about how various pollutants may impact their journey and health. As a group, they considered types of pollution which may be occurring at Tollgate and in their neighborhoods. Is it easier to prevent pollution or to clean it up? What can you do to prevent or clean up pollution? 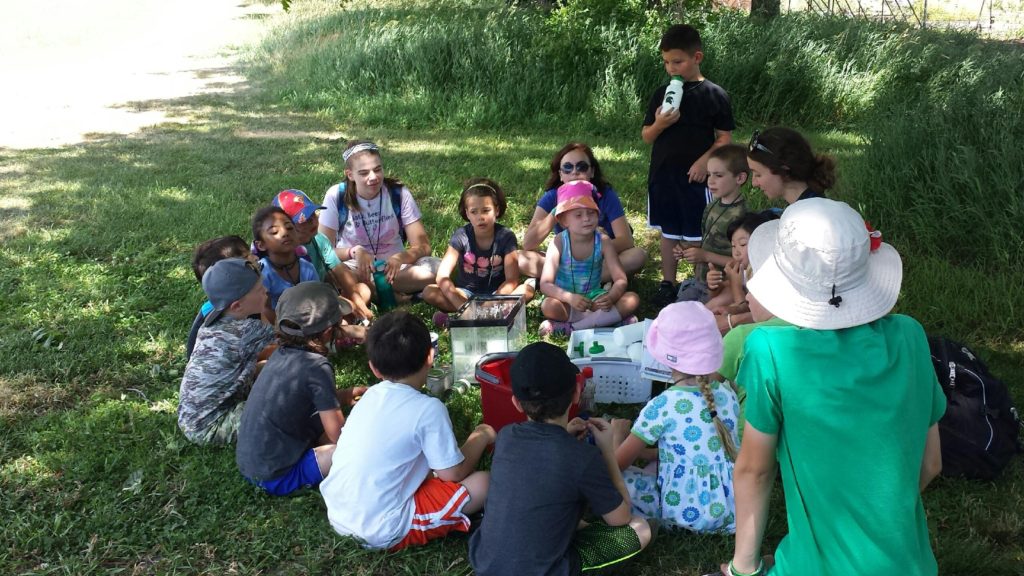 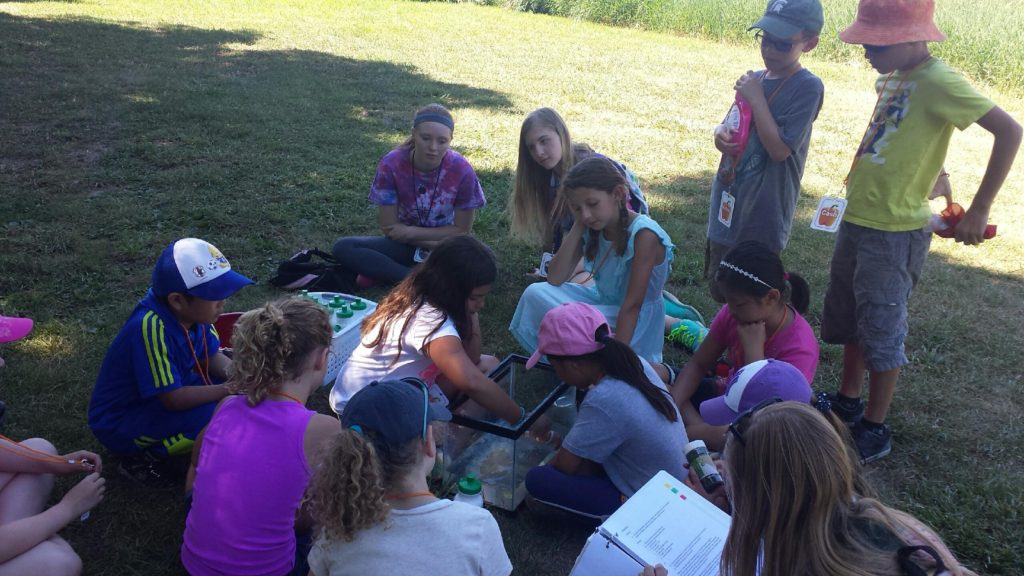 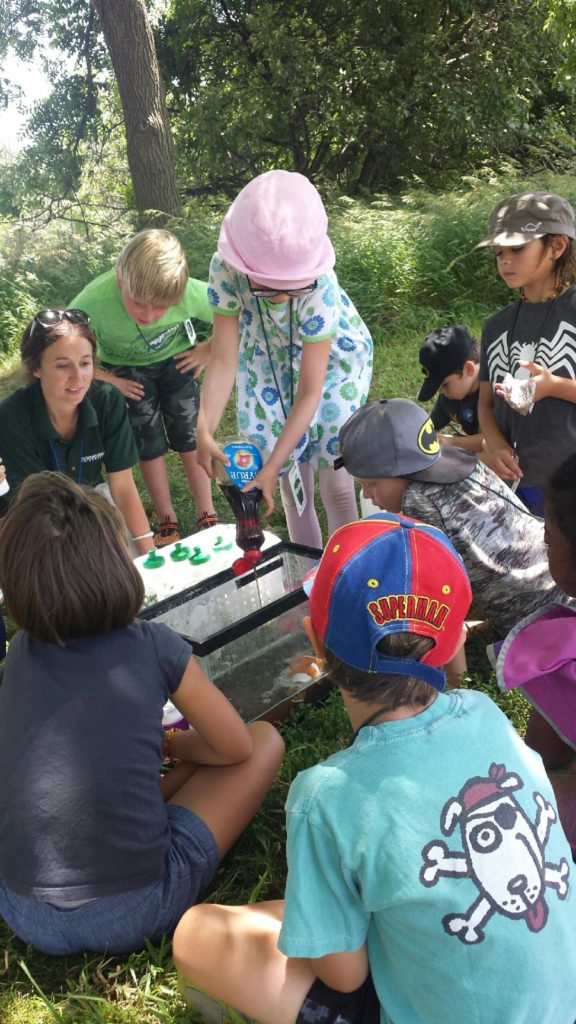 Finally, campers began thinking and working on their STEM projects with the objective of developing a working definition of the concept of sustainability and how it applies to life and agriculture. Campers will build farm models building on concepts encountered throughout the week. What does it mean to be “sustainable?” How do we use sustainable practices at Tollgate Farm?

It was a wonderful beginning to the week! New friendships and summer camp memories are already being formed…